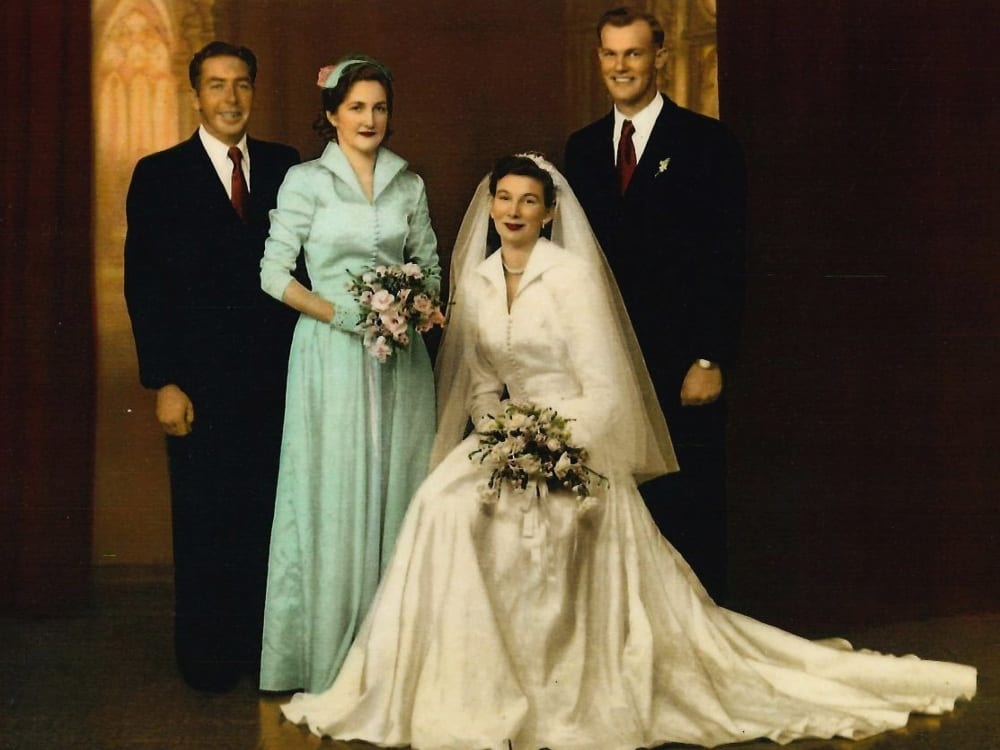 Anne and Arthur Freudenberg at Arcare Springwood have been married for 67 years and they are still very much in love today.

We hope you enjoy reading about their love story:

While on a working holiday at the cannery with the two girlfriends, they stayed in hostel.

The girls went to a local swimming hole and Arthur and his friend Bob were there too.

It was love at first sight the moment Anne met Arthur.

She wanted to hug and kiss him straightaway but of course, she didn’t.

They started going out together and spent as much time as possible together while working there.

They went back to their respective homes in QLD and continued their courtship.

They were then engaged the following Valentine’s Day and were married on 10 July 1954 at All Saints Church at Wickham Terrace.

The church was built by the convicts out of local stone and has since been added to. But it was the original church when they were married there.

After a very lovely wedding reception at the bride’s home, they went for a honeymoon in a caravan and got caught up in the biggest cyclone seen in many years.

That in itself is a story that could be written in a book!

But they had so many problems; getting bogged, pulled out by tractors, rescued by farmers.

After the honeymoon, the young couple settled down to married life on the family pineapple farm.

Anne and Arthur were very happy in their little home, and the arrival of their first child Nancy in December 1955 brought more happiness to their lives.

As the seasons came and went, it turned out there was not enough income from the farm to support everyone living there, so Anne and Arthur moved away to start a new life on their own.

In the following years, Arthur worked at many different places doing all sorts of jobs.

They moved houses many times.

Four more children were born to them, Robert, Richard, Edmund and Reagan.

Sadly, Robert died suddenly as the result of a stroke when he was 21 years old.

It was a great shock to the whole family, but everyone supported each other and were able to get on with their lives together.

Anne and Arthur’s life together took many twists and turns, they experienced so many things – sickness, sorrow, hardship.

But also joy and laughter, wonderful friendships, with each other and friends as well.

They tried hard to give their children a good life and a good education.

They made lots of mistakes, but hopefully learned from those mistakes.

They have brought so much love and happiness to Anne and Arthur.

At this time, Ann and Arthur are residing at Arcare, they are very grateful to have found such a lovely place to live.

The management and staff are the best.

They are grateful to still have each other and the love and support of this beautiful family.

It is hard for Anne and Arthur to say what makes a happy marriage, except to say it doesn’t just happen,

They had thought it was meaningful when you took your vows and then stick together no matter what happens.

But it seems it takes a lot more, such as being good friends, overlooking faults, and remembering the good times.

That is something they always did – celebrating Valentine’s Day, anniversaries and birthdays.

In the words of an old song, “Little things mean a lot”. 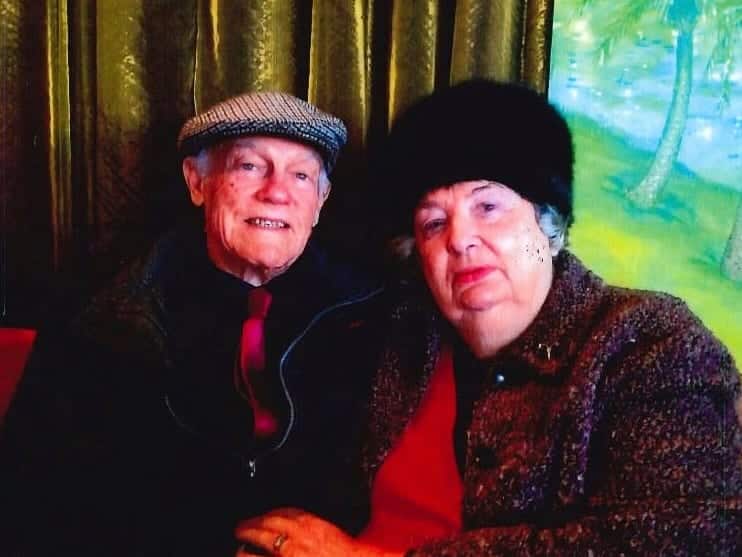 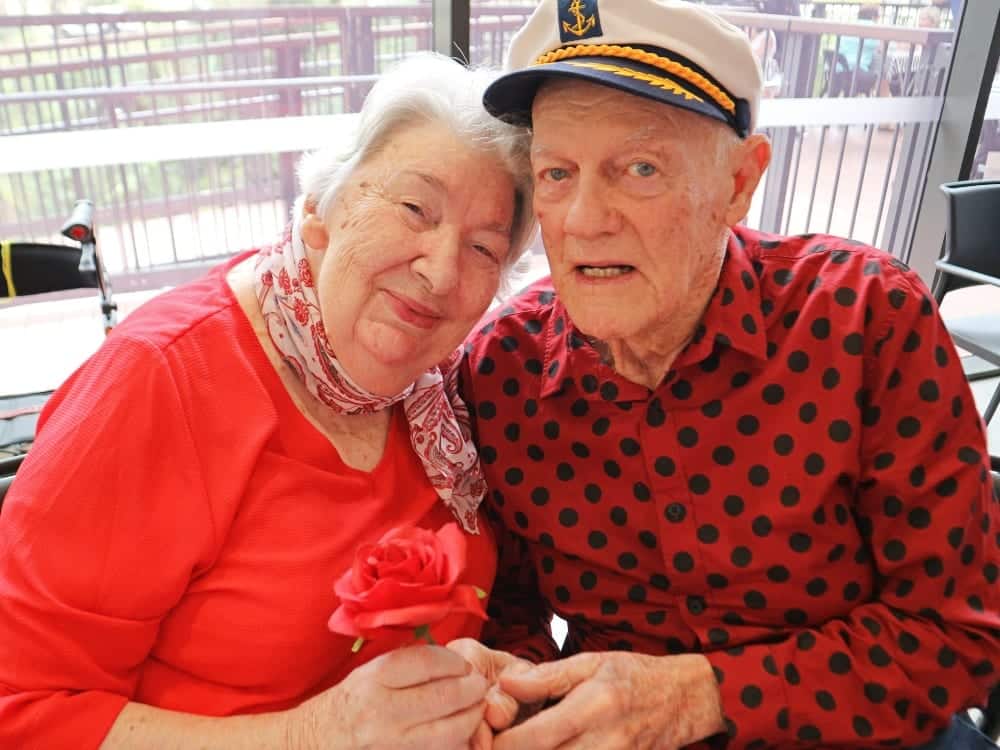