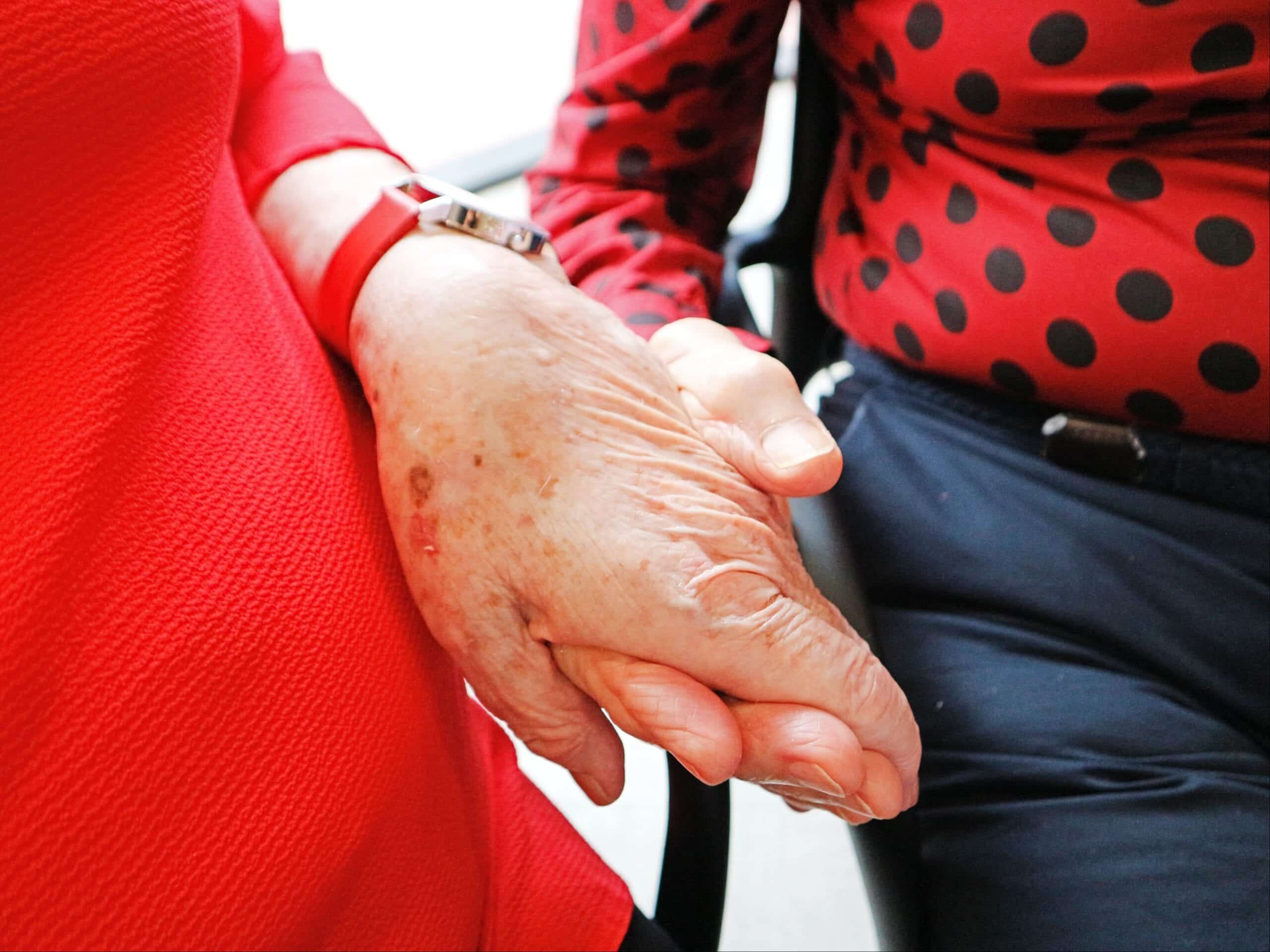 Love is in the air at Arcare Springwood’s very own Couples Morning Tea.

We invited the couples in our community to celebrate Valentine’s Day with high tea and romantic music.

Lifestyle Co-ordinator Debra shared a short love story from each couple and it was heartwarming to hear stories of how they had met.

Arthur and Anne Freudenberg met at Kyabram, Victoria on Valentine’s Day in 1953.

They met at a local swimming hole and when Anne saw Arthur for the first time, she just wanted to hug and kiss him straight away.

They started dating and after a few months, they were engaged on the following Valentine’s Day and got married on 10th July 1954.

They have five children and seven grandchildren who have brought so much happiness into their lives.

Now, they are enjoying life in our Arcare Springwood community. 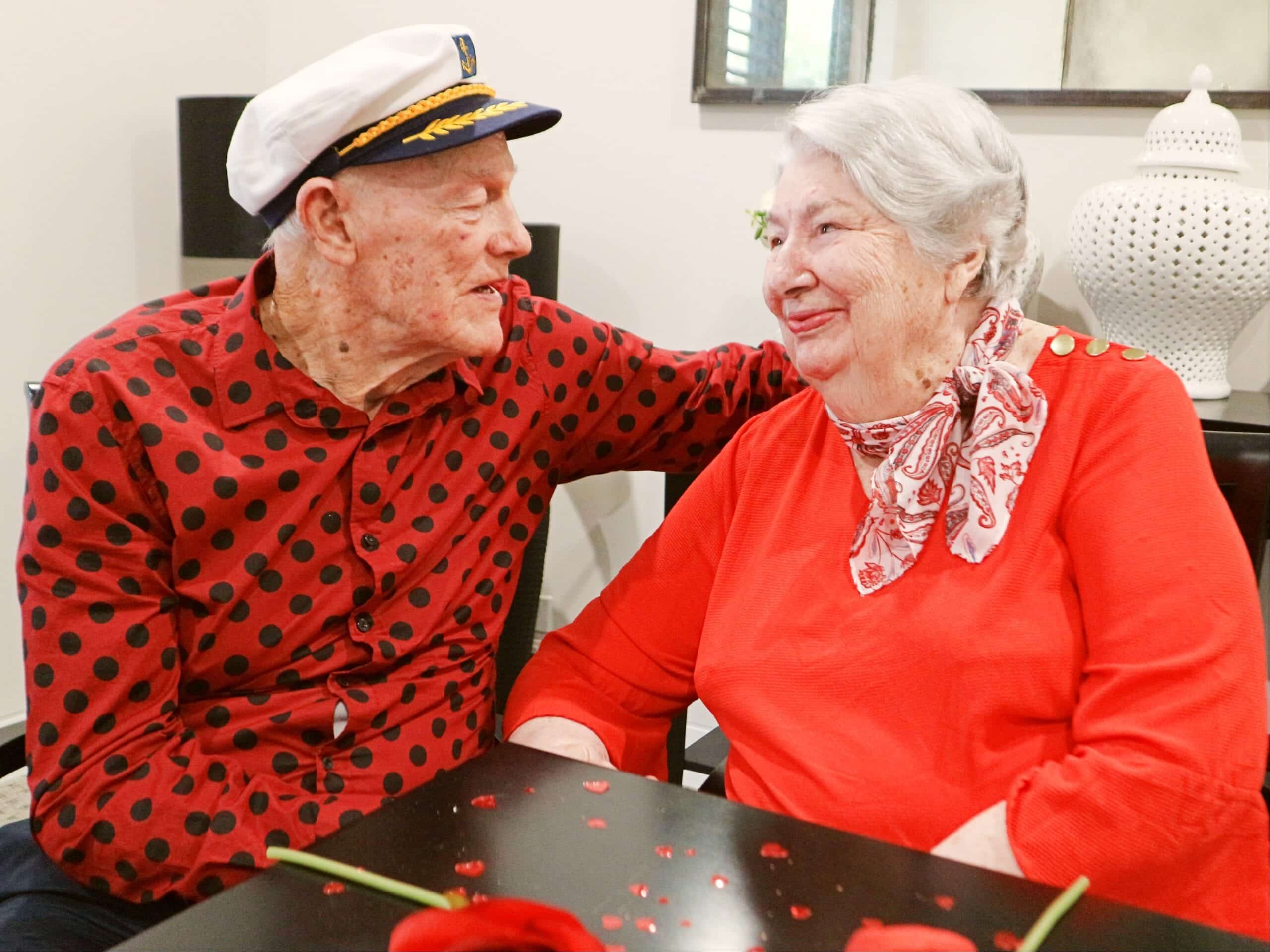 Bruce and Daphne Edmonds met in 1952.

Daphne was a city girl while Bruce was from the country.

They met at Cloudland and after dancing the night away, Bruce knew she was the one.

They have been married for 59 years and now, they live together here at Arcare Springwood. 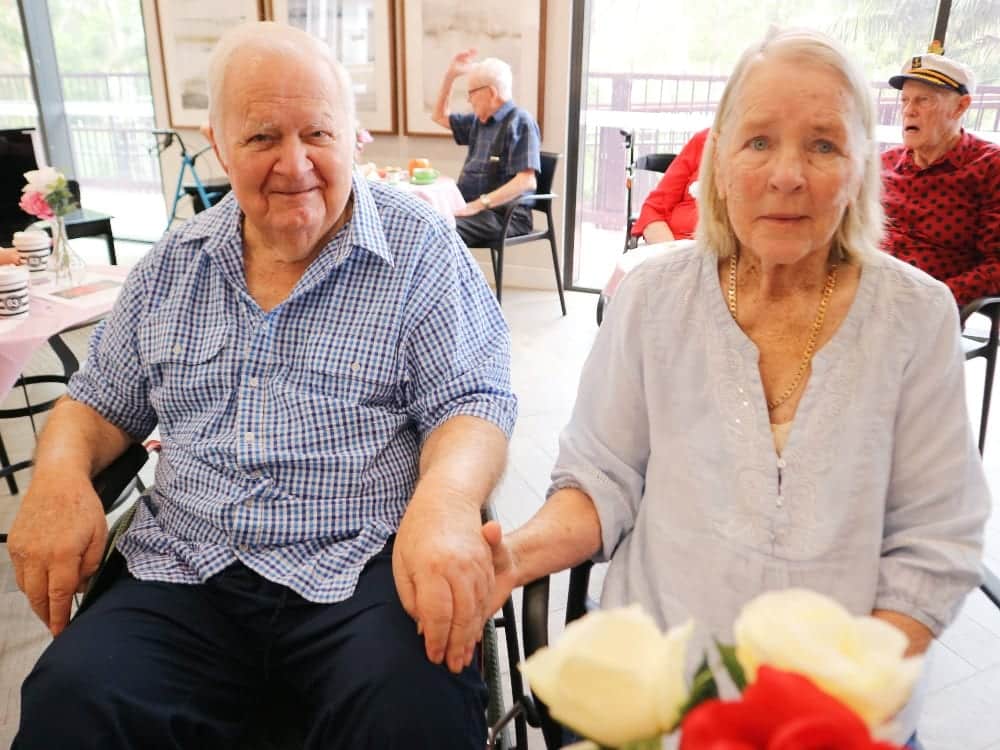 David and Colleen Walsh met at the end of 1950.

David was sent to Tasmania for his job selling Mortein Fly Spray.

He was a passionate surf live saver and he soon linked up with the surf lifesaving club in Ulverstone.

The first weekend he was on the beach he happened to see a beautiful girl and Colleen was her name.

Right away, David made up his mind that this was the girl he was going to marry.

Colleen’s father was concerned of the reputation of a commercial traveller, so he got Colleen’s doting uncle who is a Police Sergeant to investigate David.

David checked out well and after a whirlwind courtship and many nights of dancing, they were married in April 1952.

From then on, they have enjoyed a wonderful life together.

They are now celebrating 69 years of marriage.

Jim and Betty got to know each other after playing tennis with a group of friends.

Their friendship grew into a romance and they were married a couple of years later at St Bernard’s Church at Mt Gravatt in September 1962.

Jim left his job as a fitter and turner to join the Air Force and and they had to move cities due to Jim’s job.

They moved to Wagga Wagga, Melbourne and Darwin where their first daughter Amanda was born.

Jim left the Air Force and joined the Department of Supply, which meant another move to Canberra, where their second daughter was Cassanda was born.

Jim worked at the Department of Health until his retirement.

When Jim retired, the whole family moved back to Brisbane and have enjoyed being with their circle of friends and family.

Jim and Betty moved to Arcare Springwood in May 2019, only a few months after the residence opened.

Lionel and Julieanne met at the popular dance hall Cloudland.

After a few years of twirling around the dancefloor, they were married.

It was the second marriage for both of them, so Lionel had five children of his own while Julieanne had four.

They have been married for over 18 years and both live very happily at Arcare Springwood together.

Noel was from Tweed Heads while Audrey was from Coolangatta.

Noel had no date for a ball, so his mum suggested that he ask Audrey out as she was a nice girl.

She accepted and four and a half years later, they were married on 24th February 1953.

Noel and Audrey’s advice for a long happy married life is to never go to bed without resolving the previous days matters.

They have been living together at Arcare Springwood for a year. 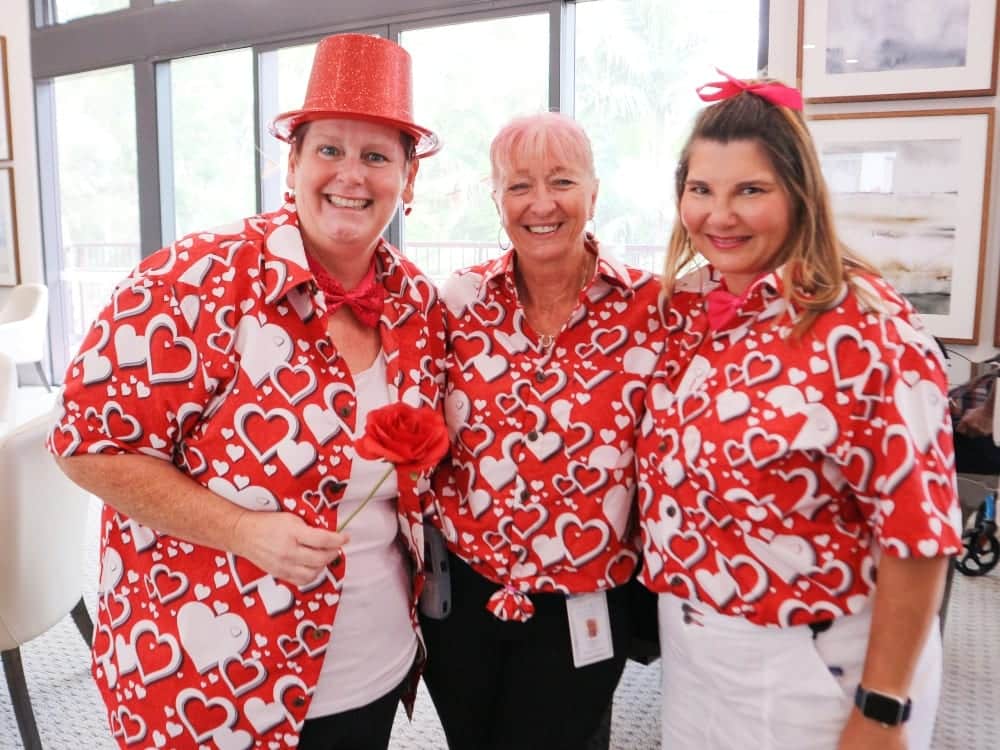 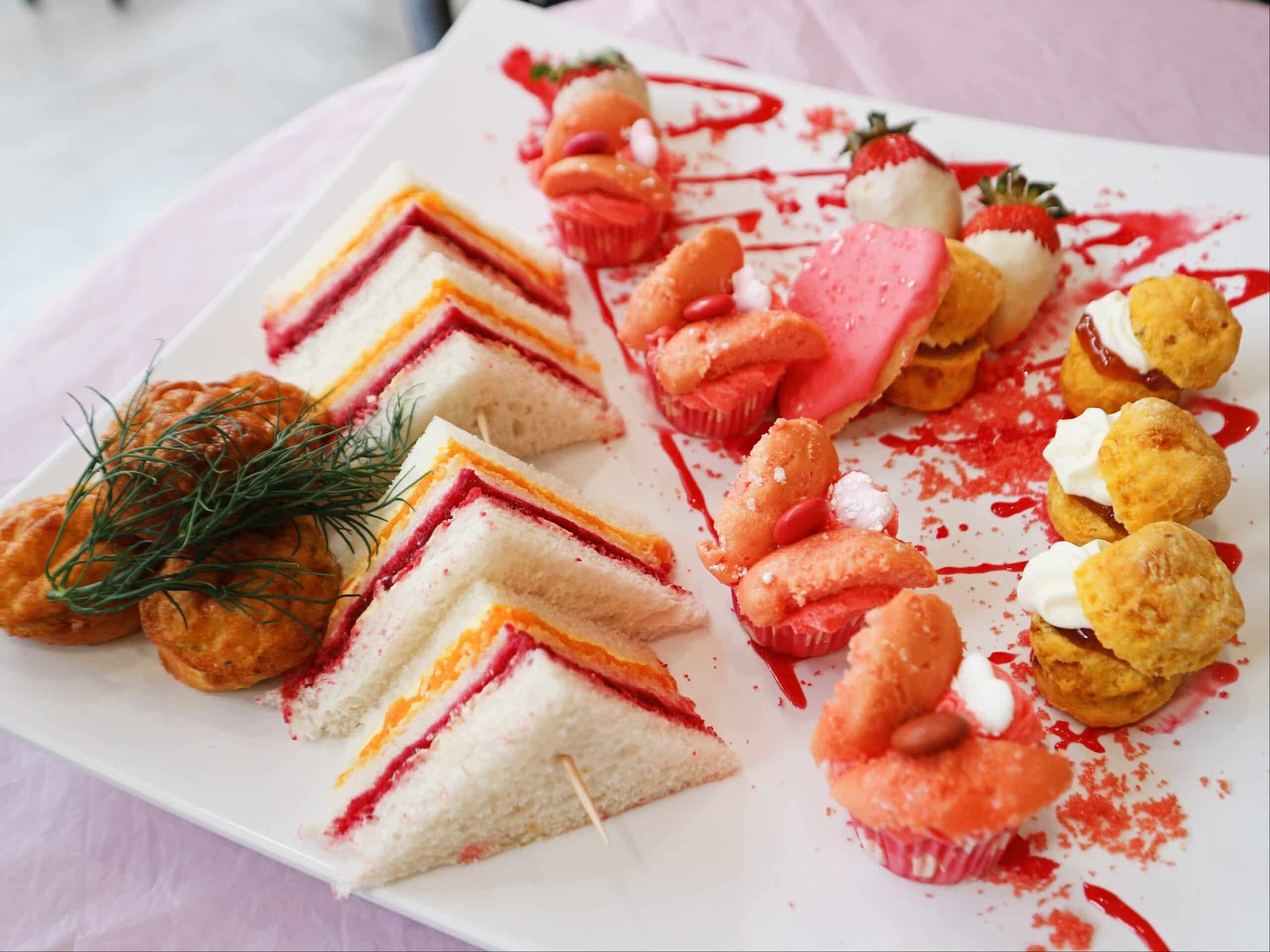 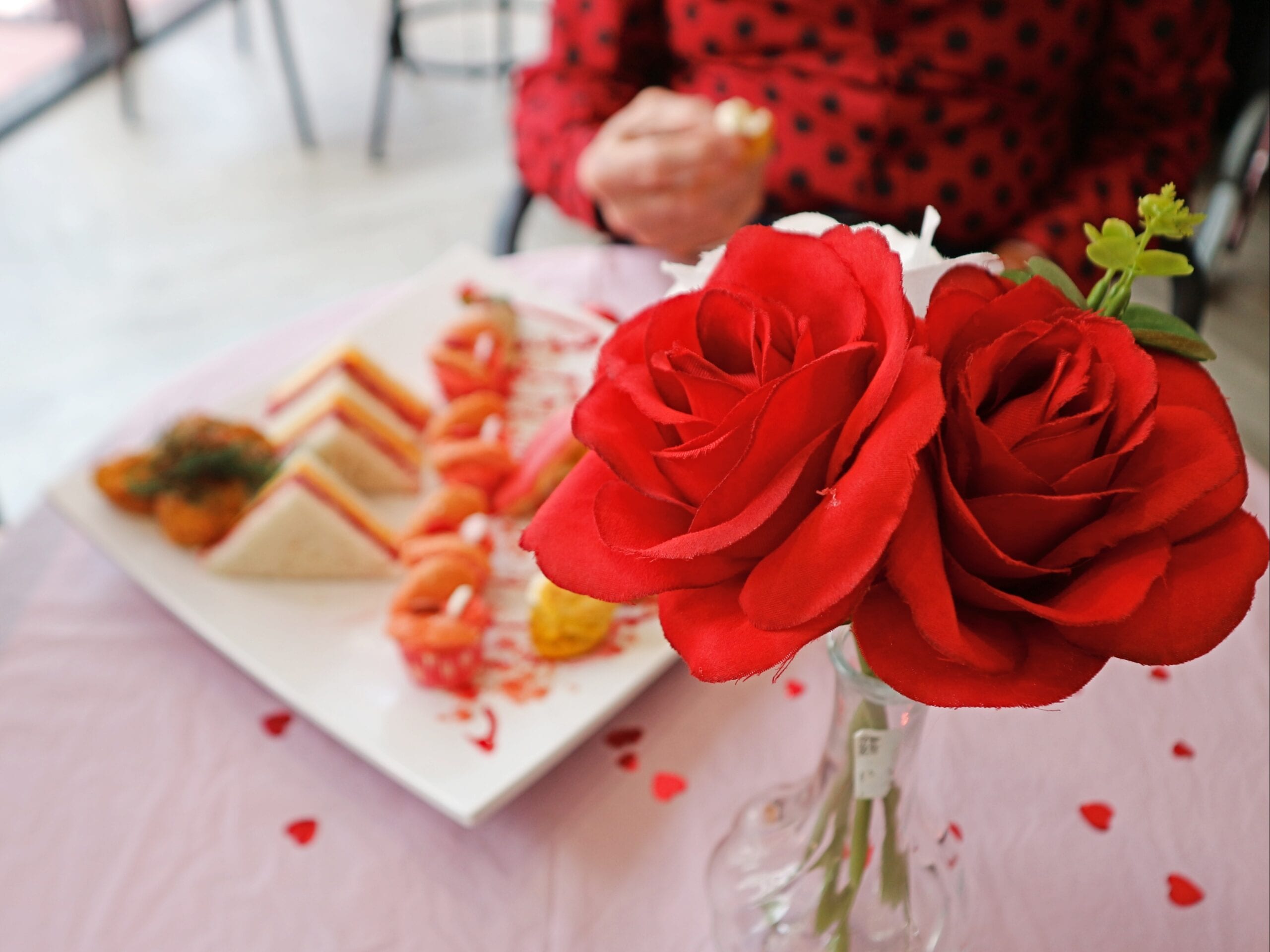 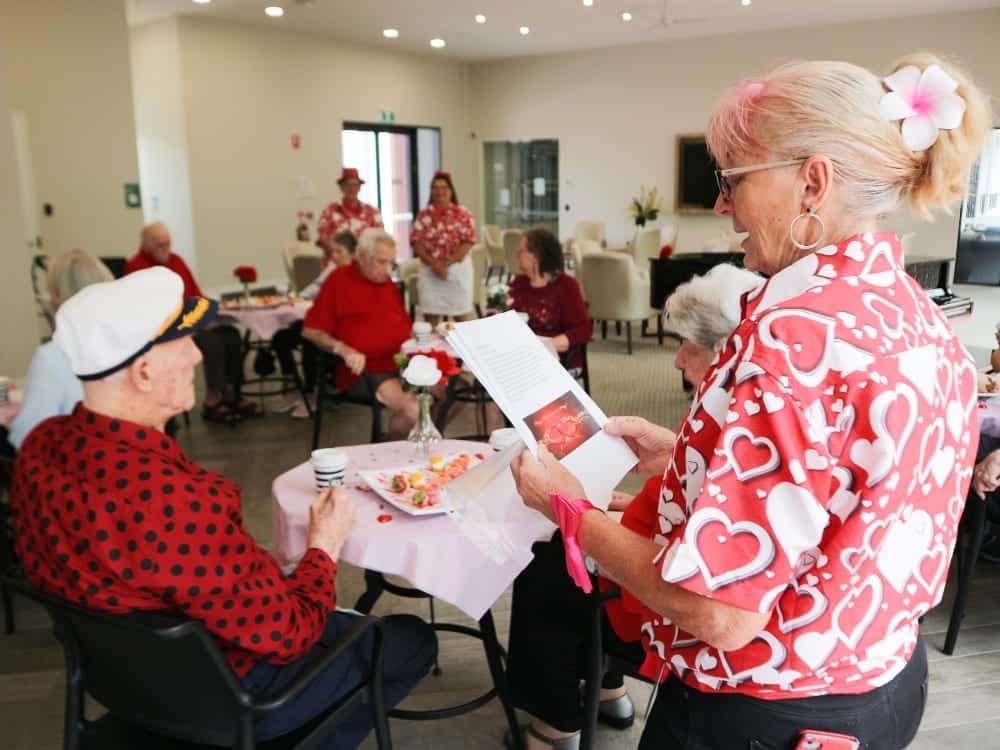