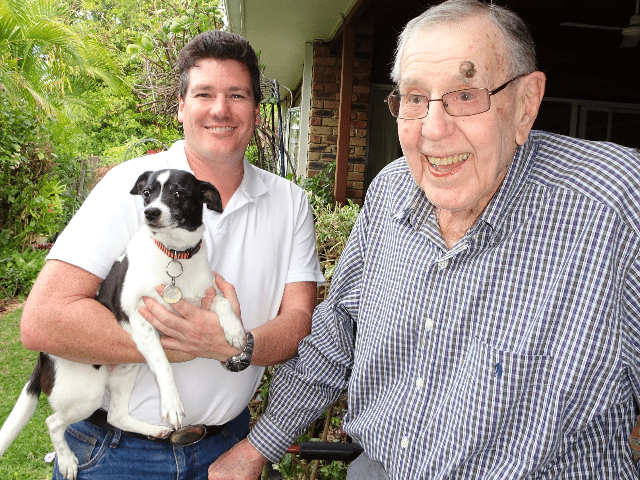 Aged Care Adventures » Back to uni

I had a lovely afternoon with my home care client Peter recently.

Peter has been with Arcare for over two years. His late wife Betty was also a client and his family have formed a great bond with our supported staff since.

During a regular visit recently, Peter and I were talking about when he went to university at the University of Queensland, and also chatted about when he was a teacher at Brisbane Boys College. He told me how lucky he was for being able to find a job there straight after finishing university.

He also had mentioned how he would love to see what the Univeristy of Queensland looks like now as it has grown since he finished in the 1940’s. We booked an outing with one of Peter’s favourite support workers Phillip for the next day and we went and had a coffee at the university. Peter was so happy and at the same time so overwhelmed by how different it looked.

Peter is also a member of the Department of Veterans’ Affairs since he served in World War II. He always says how lucky he is to have been sent to the Middle East instead of Europe, as many of his colleagues sent to Europe during the war didn’t make it back home.

Peter says there were three major things that happened in his life which brought him great things. They are coming back home alive after the war after three years, the university and his job at Brisbane Boys College, and meeting his wife Betty and having four beautiful girls.