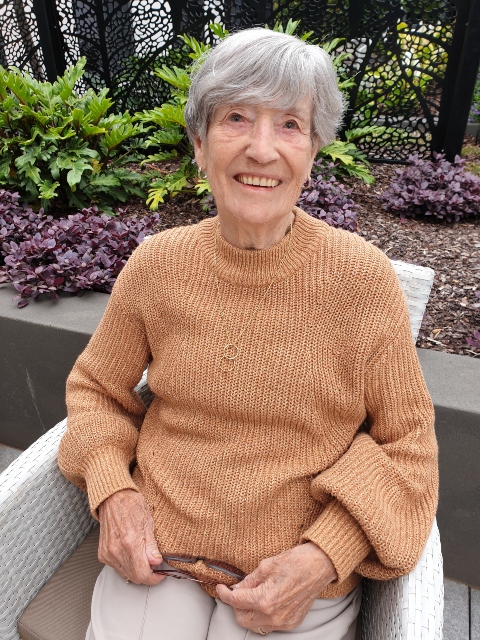 The newest aged care facility on the Northern Beaches Arcare Warriewood, welcomed its first client Mary Wynan at the start of September.

Mary was kind enough to sit down and chat with us so we could get to know her a little better.

Mary’s story started in 1930 where she was born in the Netherlands, into a large family of nine children, six girls and three boys. Mary describes her parents as hard workers who owned their own fish shop. Mary likened it to a fish and chip shop which you would find here in Australia but in the Netherlands, they are more commonly just fish shops.

When Mary was 21 years old, she married John and the next chapter in her life began. They moved to New Zealand where they lived there for three years before moving to Australia and living in Victoria. Together Mary and John started their family which grew to ten, 4 girls and 6 boys. No surprise really considering both Mary and John had both come from large families themselves.

We then talked about Mary’s time so far at Arcare Warriewood and how she was finding it.

As it is Mary’s first time living in an aged care facility, we were interested to see how the adjustment was going.

With Mary’s kind and caring nature, it is no surprise that she has found herself a group of new friends. Every day they sit together in the dining room for breakfast, lunch and dinner. Mary advised that the food at Arcare Warriewood was so delicious that she even thinks it’s better than what is served at a restaurant!

Lastly, we asked if Mary had any advice for anyone else that was coming into aged care for the first time which she replied, “You need to put yourself out there and make friends and be involved”.

It was a pleasure to sit with Mary and talk about her wonderful life, we look forward to getting to know Mary even better.