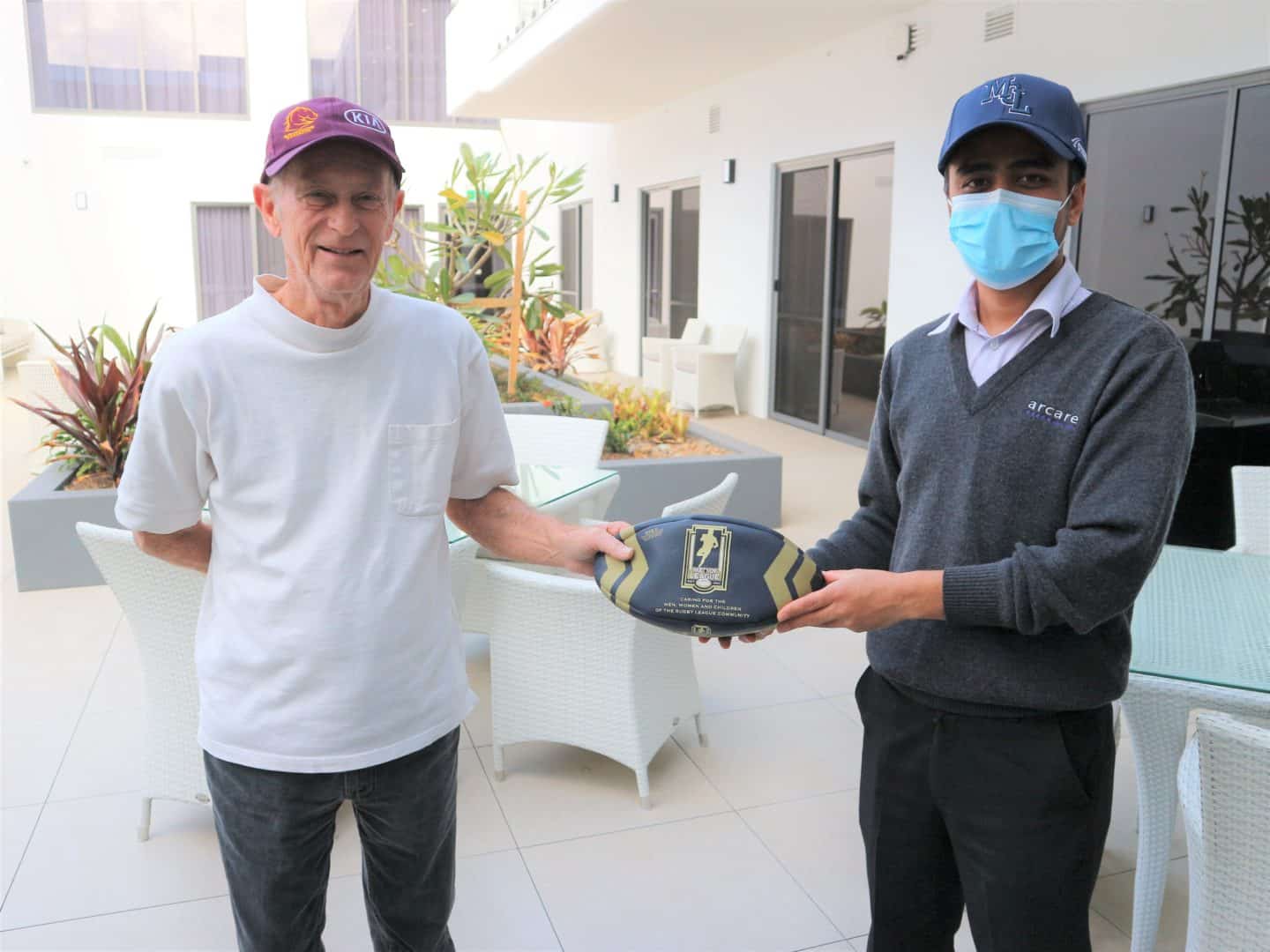 Father’s Day with a difference at Arcare Seven Hills

For Father’s Day at Arcare Seven Hills, clients and team members received a lovely surprise from the Men of League Foundation, that supports rugby players and their families.

After reaching out to them, a partnership was formed between Arcare and the foundation.

The Men of League charity brought a few of their merchandise with them to share with the clients, such as signed hats, shirts, bottles, balls and stickers.

‘It is about being here in support and I have got some goodies here from the Broncos and Men of League. I can only imagine how hard it is for people in these facilities in these testing times,’ he said.

‘It would have been good to physically hand it to them but I understand with all the restrictions that everyone has got to be safe.’

As client Gerry was trying them on in the inner courtyard, he couldn’t help but reminisce about his own sporting interests.

‘I’ve always been interested in sports, especially football,’ he shared. ‘But thank you for the hats and the gifts!’

Arcare Seven Hills Residence Manager Bish also said, ‘For Father’s Day this year, instead of a big event, we have gifts, video calls and window visits lined up for the weekend.’

‘Seeing their families will make a big difference and we’re doing what we can to facilitate that.’ 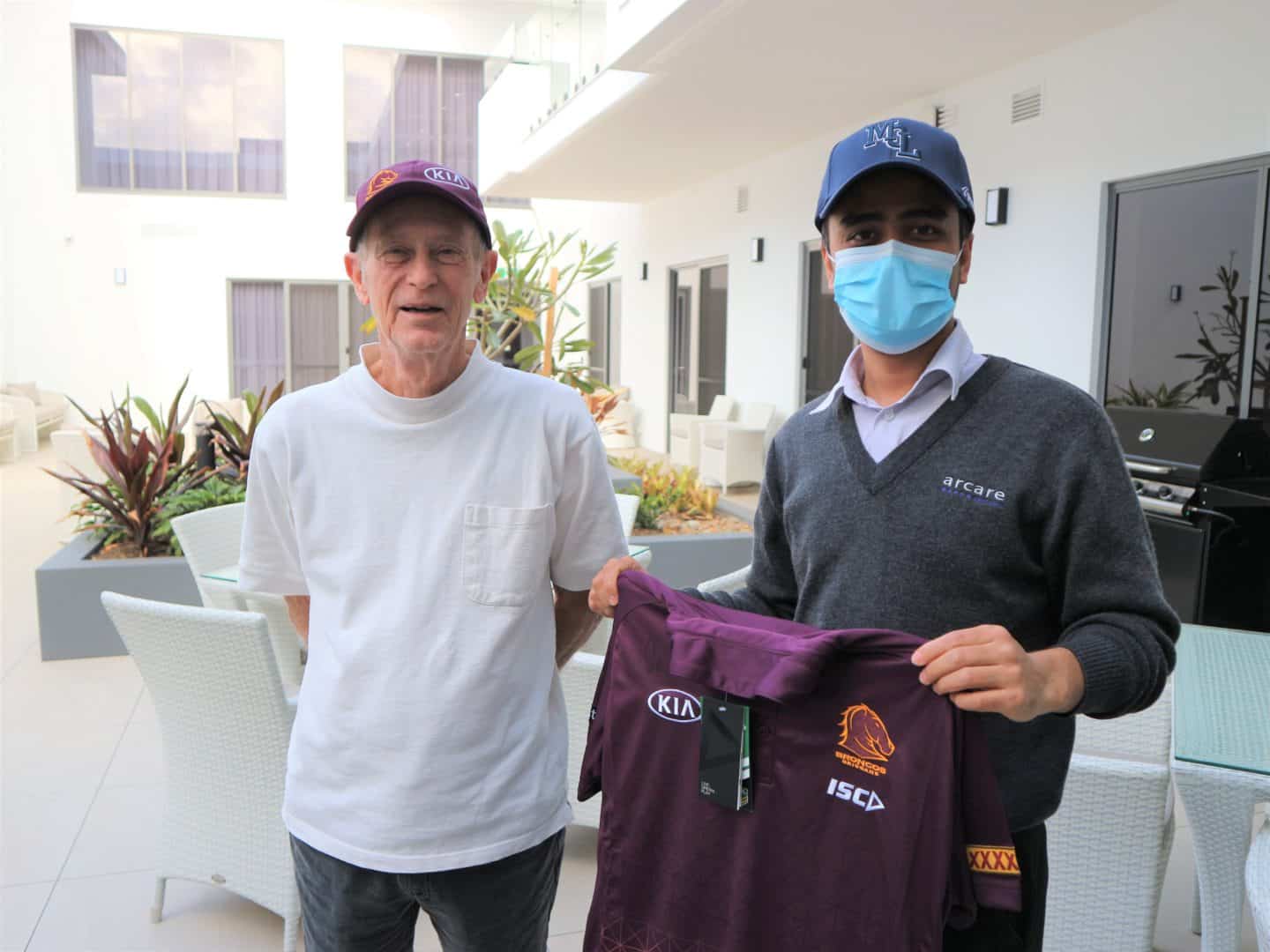 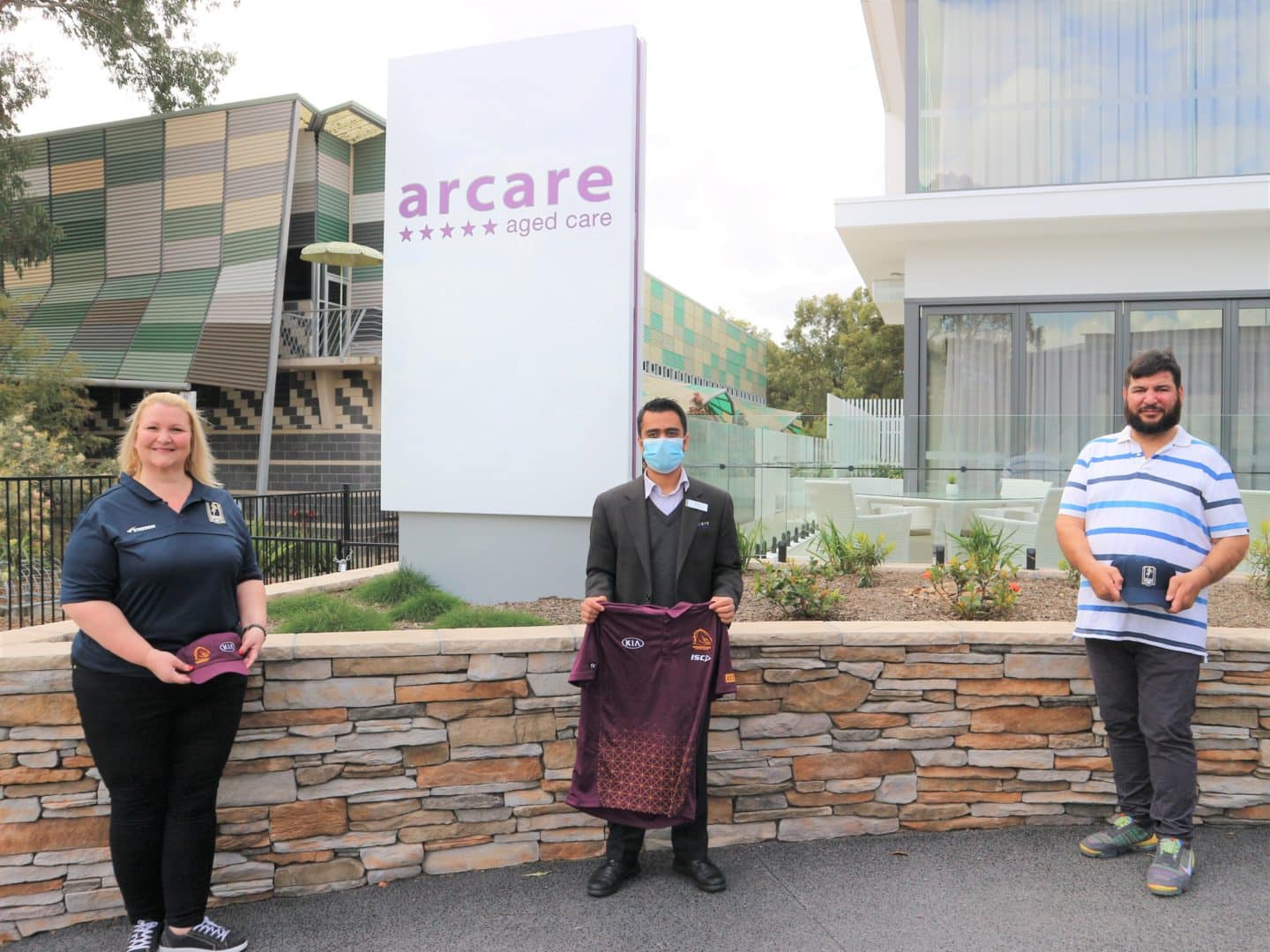