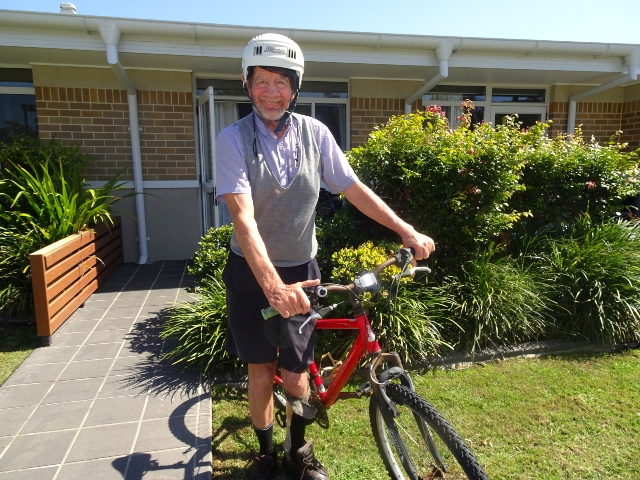 Getting to know Harvey

The residents of Arcare Kanwal are only a short drive to the local beaches so there is no surprise that many grew up loving the water. One in particular is young 71-year-old Harvey.

The Team asked Harvey what he used to do for fun in his younger years, he painted a vivid picture of himself travelling around Australia searching for the ‘good’ waves. He spoke about the beautiful scenes, the open roads, the blazing sun and salty waters which had everyone dreaming of a summer holiday. Harvey advised that out of all the beaches he has visited, Bells Beach in Victoria is his favourite.

Harvey is described by the Arcare team and fellow residents as an enthusiastic advocate for keeping fit and healthy. He is mindful of the foods he eats and does not drink alcohol but instead you’ll always find him carrying around his trusty water bottle. It’s his secret to staying hydrated and looking young.

Defying the stereotype of being old and frail, Harvey rides his push bike around the local area. You may see him riding to the petrol station to pick up the newspaper and maybe a sneaky treat, riding to the post office to pick up parcels or to send letters to his loved ones or riding just to stay active.

It is also no secret that Harvey loves to dance, his favourite band in the Bee Gee’s and every time he hears any of their songs, his up and showing off his impressive dance skills.

The Arcare Kanwal team see Harvey as a campaigner for changing people’s mindset on how you should act or what to expect as you age.

‘It’s not what you do; it’s how you do it’ Harvey proclaims when asked about his thoughts on Ageing. 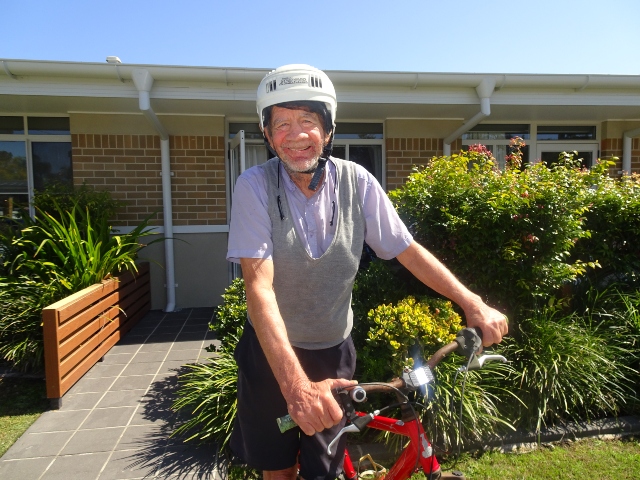