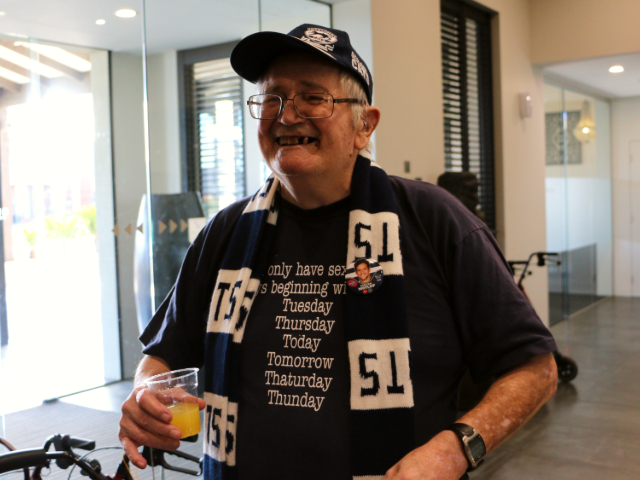 The Arcare Keysborough community celebrated the end to the AFL football season, with a spectacular footy finals party.

The lifestyle team had been running a footy tipping competition with the clients since the beginning of the season, and they decided to throw a party to announce winners, just before Grand Final weekend.

Clients, team members, friends and family members were all encouraged to gear up and wear their team’s colours for the day. Clients and team members were thrilled to be representing their teams, even if they didn’t make it into the Grand Final. 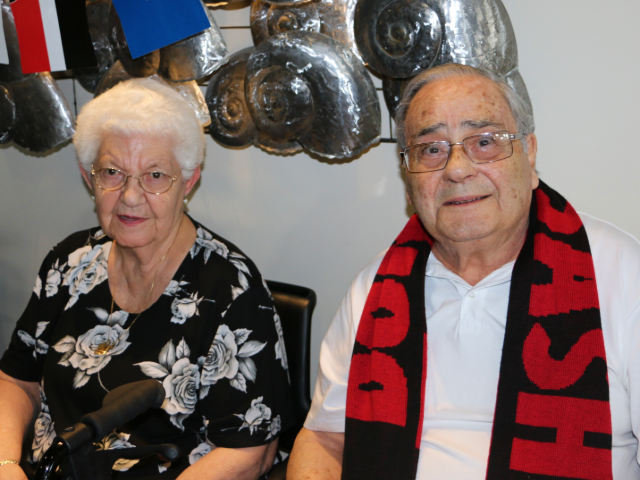 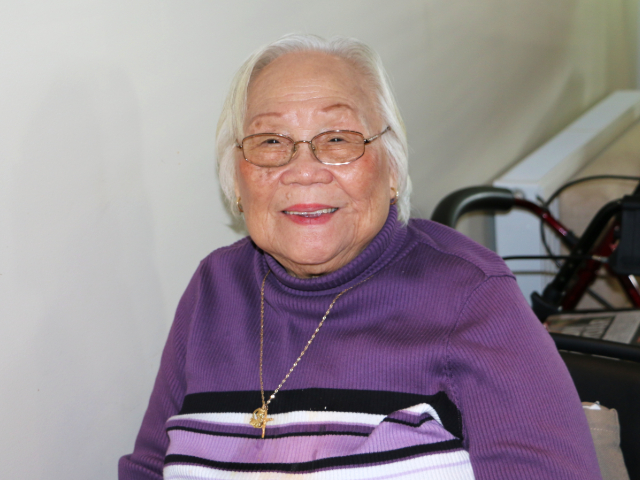 Live music played throughout the afternoon, as clients came together to mingle and enjoy some classic footy snacks, such as party pies and sausage rolls.

Some very generous family members, even took time out of their busy day, to help the lifestyle team decorate the meeting hall with balloons, streamers and football memorabilia. 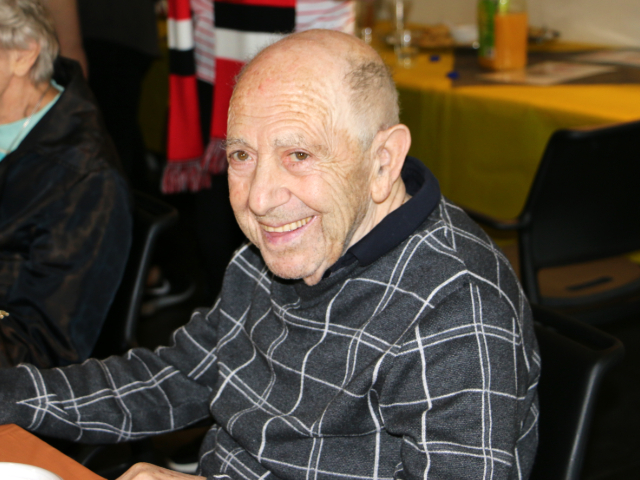 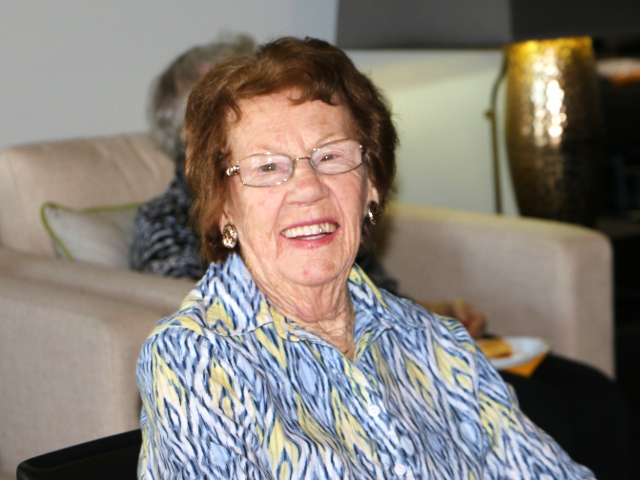 To get the community really excited for the upcoming Grand Final, the team served delicious homemade cupcakes with the GWS and Richmonds logos on them. The cupcakes helped spark a lively debate within the community, about who would take the Premiership Cup this year. 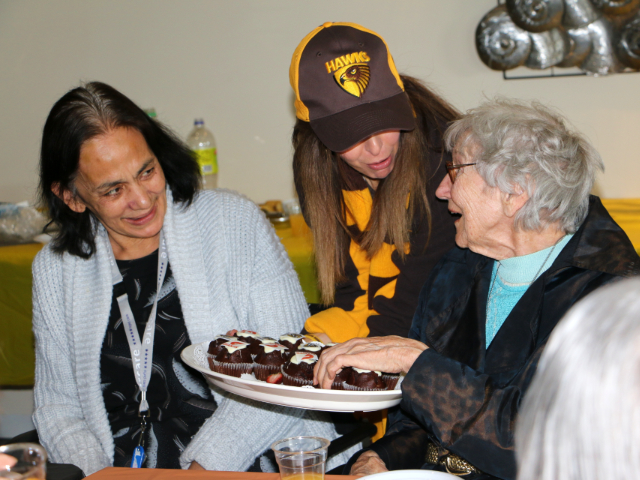 Finally the time that everyone had been patiently waiting for arrived. Lifestyle coordinator, Alison gathered everyone together to finally announce the winners of the footy tipping competition.

The long list of clients, smiled and clapped as they were awarded their certificates and prizes. 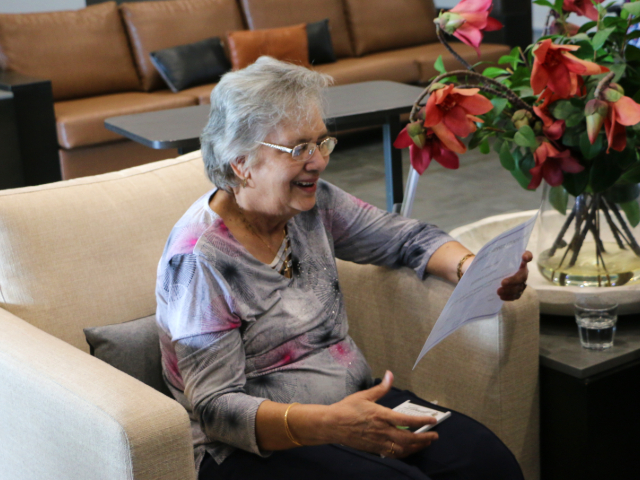 Client, Martin won first prize in the footy tipping competition, having collected 133 points throughout the season. Lifestyle coordinator, Alison pointed out that not even some professionals could’ve gotten a score so high.

However surprisingly Martin doesn’t barrack for a single AFL team, as his son used to be a professional umpire. As a result of this, Martin likes to say that he supports all of the AFL teams.

Martin beamed as he accepted first place, before bragging that he also won his family’s private footy tipping competition as well. Rigged! 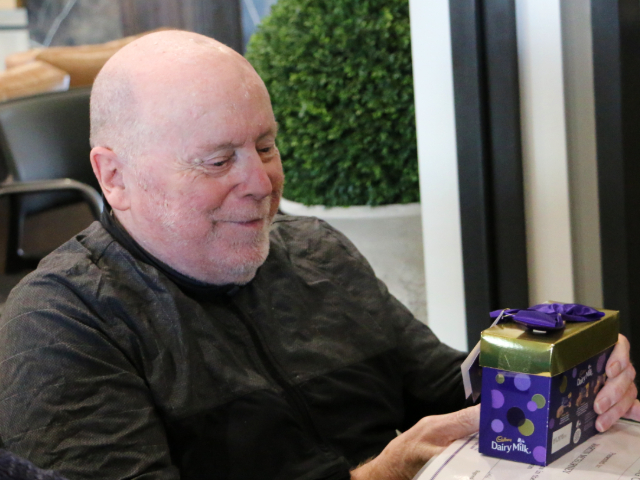 Instead of the afternoon winding down after the winners were announced, the party was ramped up, as the live entertainment continued and everyone was encouraged to hit the dancefloor. 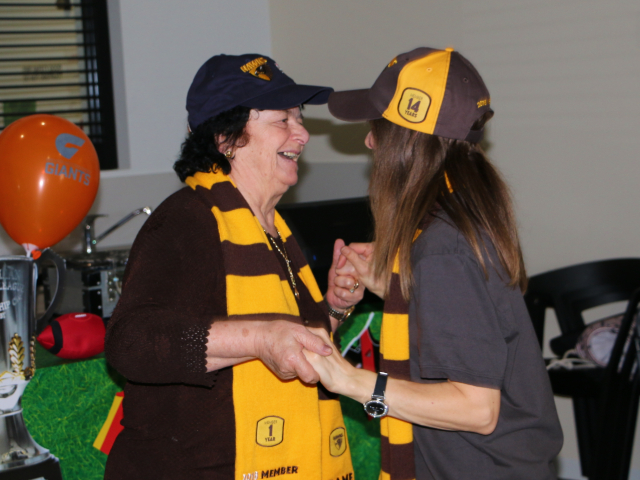 Clients danced and sang the afternoon away, especially enjoying the hit ‘YMCA’. 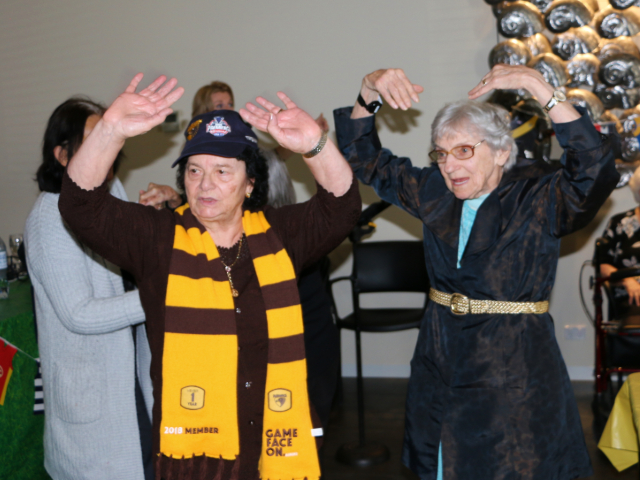