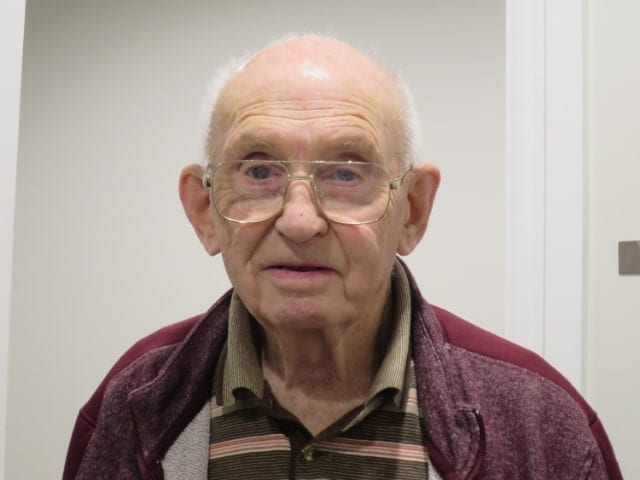 Lawson Harvey, born in England, now resides at Arcare Malvern East. Lawson has a warm personality and was very hard working during his career as an Engineer.

Lawson has a love for ships which was inspired by his father, who was an Engineer in England and built ships.

When Lawson moved to Australia, he lived in Newport Williamstown. During his time in Newport, he commenced an apprenticeship with Marine Engineers.

Lawson befriended many of the workers there and has many great memories of working on the wharf. Each Friday evening after work, Lawson and his co-workers would celebrate at the local pub with their free beer vouchers that were given to them from Marine Engineers.

One day Lawson and his friend went to a holiday at Philip Island. It was during this holiday that Lawson met the love of his life, Betty, who was also on a holiday with her girlfriends. Lawson and Betty dated for many years until they got married.

Betty’s father was a builder and built Lawson and her a house on a large block of land in Oakleigh, where Lawson and Betty settled.

Lawson spent 27 years as an engineer for two other companies, Ogden Industries and Gillette, before retiring.

After retiring, Lawson and Betty lived in Upwey before moving into Arcare.