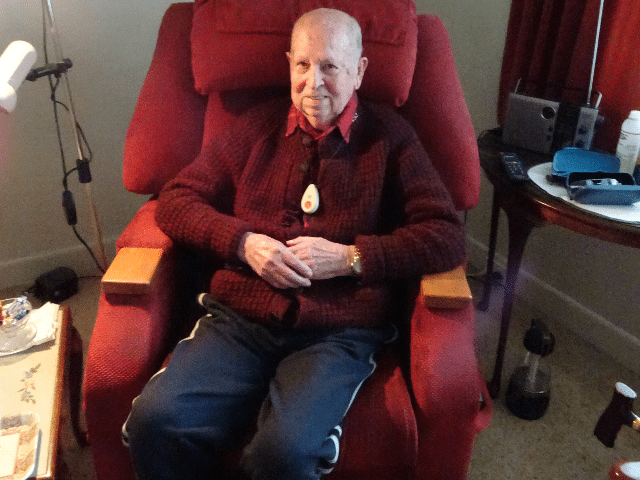 Aged Care Narratives » A man of many talents

A man of many talents

Allen’s daughter, Allena, recently shared with us her father’s story.

Allen attended Cheltenham and Beaumaris Primary Schools. His first job was selling ice creams along the beach for the Rickett’s Point Teahouse. At fourteen he started work for ten shillings a week at Keefer’s Engineering.

He joined the Army in 1942 and transferred to the Royal Australian Navy in 1943. He was an able seaman – gunnery, torpedoes and general seamanship. He worked on supply ships to the island north of Australia.

After the war he worked for the SEC as a linesman at Eildon and along the Geelong Road. He married Leila and they had a daughter. He now has a grandson.

Allen was a builder’s labourer working on spec homes at Rye. Then he became a fencing contractor. His last position was grounds and maintenance at SEMCO Park.

He has always grown fruit and vegetables which he shares with anyone who visits. Allen and Leila were very active members of the Early Planning for Retirement Club of Sandringham – table tennis, walking, social and tennis groups. He played tennis until he was 89 years old and also had a lifelong interest in horse racing.

Gabrielle has been a wonderful Care Consultant for Leila then for Allen over the past ten years.