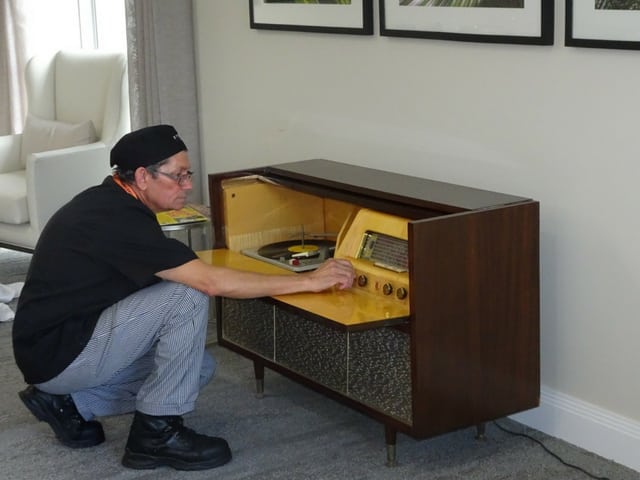 Reminiscing over a radiogram

Stan our Chef Manager at Arcare Taigum had an idea, find a radiogram and lend it to the community for the residents to enjoy.

Stan already has 3 radiograms at his place and he loves to listen to records on them daily.

Stan knows that music is an important aspect of people’s lives and many residents would’ve had a radiogram.

At pre-dinner drinks on Thursday, the radiogram was unveiled with a lovely speech by Stan followed by the uncovering.

A demonstration followed with Stan putting on a record on and residents bopping along while having drinks and nibbles.

One of the records was by Nina Simone, who is the namesake of one of our units.

The radiogram gave our residents the opportunity to reminisce about radiograms and the different records they owned.

Jean loved the radiogram and even had one similar in the past.

Joy said that the music from the radiogram transported her back to that era.

Barry thought it was great and said that they don’t make music like that anymore.

The radiogram will now be part of the pre-dinner drinks entertainment.