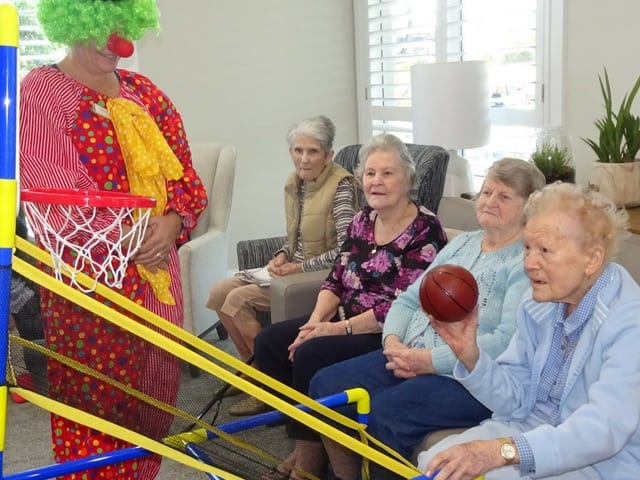 With the Royal Queensland Show (otherwise known as the Ekka) in full swing, the Lifestyle Team at Arcare Taigum decided to bring the Ekka to the residents.

Staff were encouraged to dress in Ekka outfits and the Lifestyle Team didn’t disappoint, both Kerry and Cathy came dressed as clowns.

One visitor stated, ‘Wow it’s so nice to have some added colour to the building.’

The residents gathered in the lounge room to participate in sideshow alley games – basketball shooting, knock ems with a nerf gun, ring toss and fish darts.

Lastly the residents had a taste of the Ekka with some fairy floss.

One resident said, “I haven’t had fairy floss in years!”

Cathy and Kerry both had bubble blowers which were taken by Gil and a bubble fight ensued.

There was also some reminiscing about the Ekka and how it had changed over the years.

All residents received prizes for their participation and then enjoyed hot dogs, chips and strawberry ice cream for lunch. 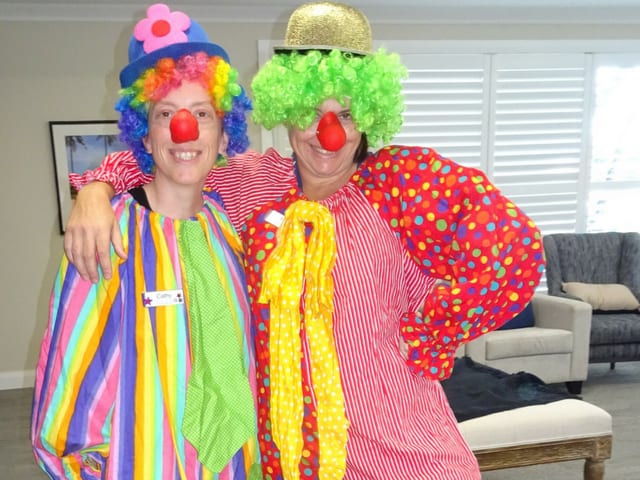 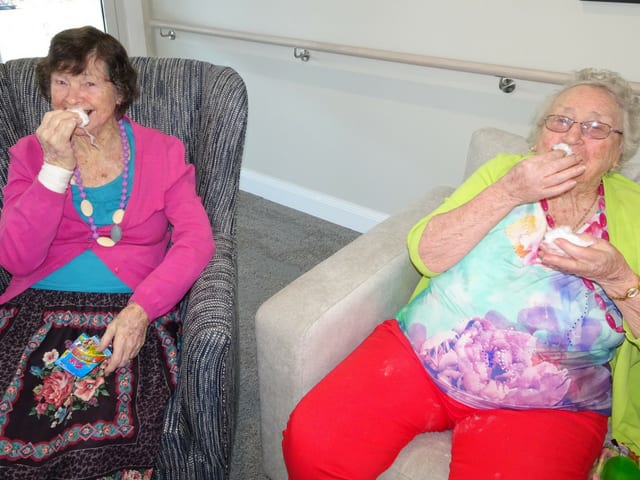 Flowers for all to enjoy 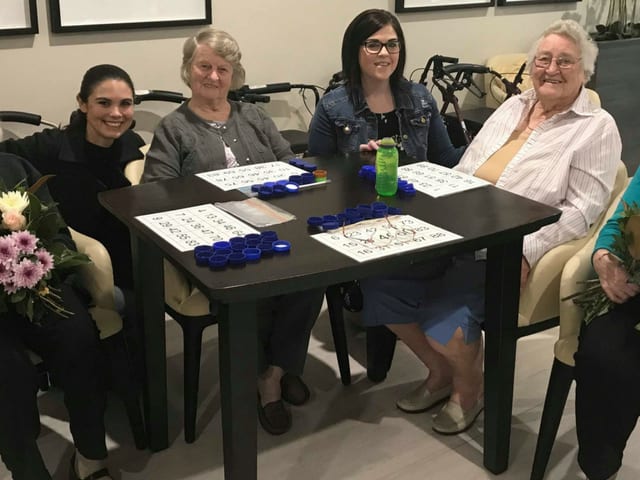 Lisa, from Sunsuper, contacted Karin at Arcare Taigum regarding donating flowers from an event they were holding.

She said Sunsuper were holding their annual rewards night on the Thursday 3rd August and each table would have a floral arrangement as the centrepiece.

Rather than throw them out they decided it would be nice to donate them to an aged care residence.

One of Lisa’s friends has a relative living at Arcare Taigum and thought it would be a good idea to get in touch.

On the day Lisa and another staff member arrived with 35 bunches of flowers to be distributed to the residents.

The first delivery was made to the ladies attending bingo who had the first pick of the bunch.

Beris said, “can I have a bunch please as I have an empty vase in my room. They are lovely flowers”.

Renie said, “what a lovely gesture”.

The rest of the bunches were distributed throughout the residence.