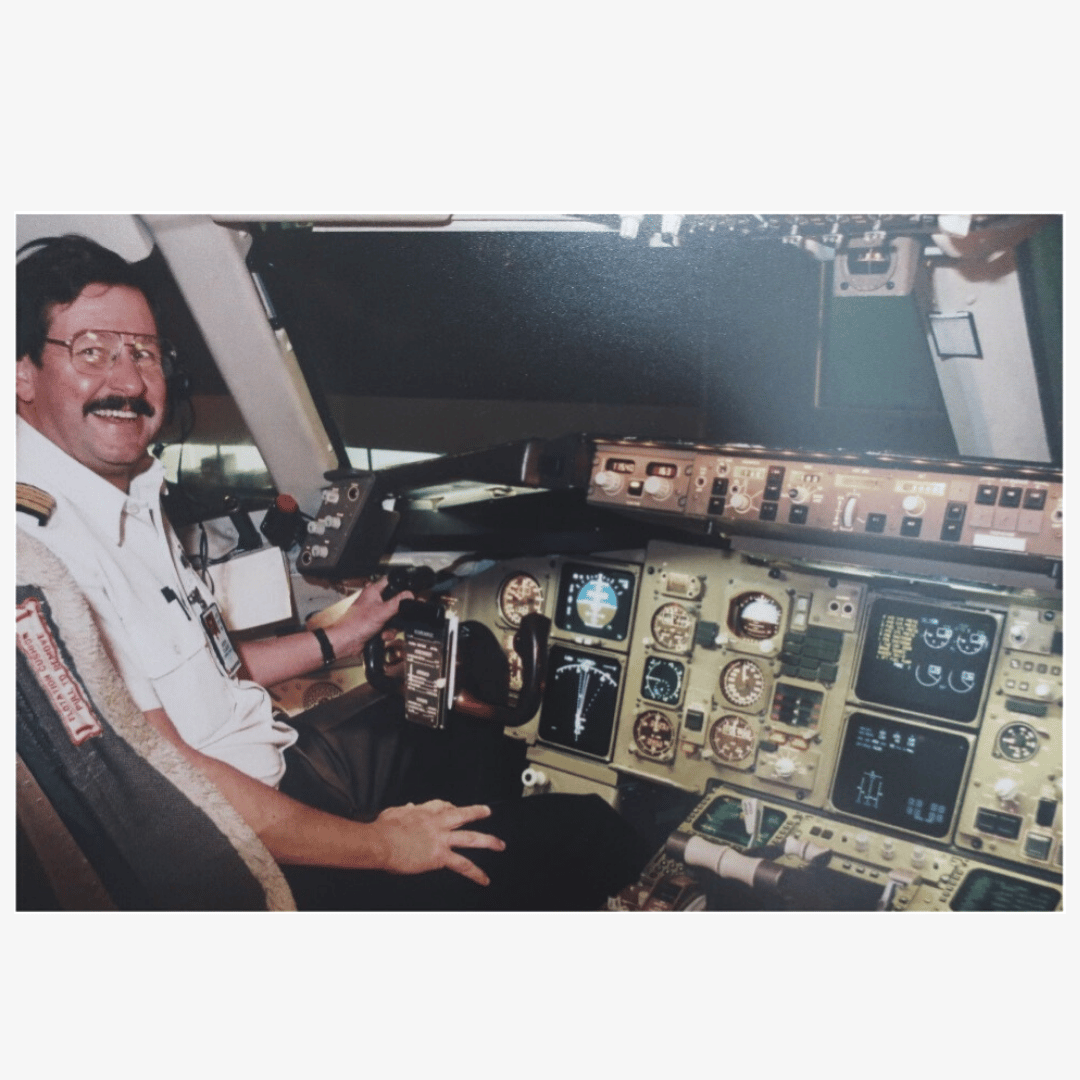 At Arcare Aged Care, we recognise the past lives and professions that residents have had before reaching this destination. Our Arcare communities are teeming with residents from all walks of life and professions including nurses, lawyers, business owners, and veterans.

Arcare Aged Care provides the means for residents to continue to their favourite hobbies through lifestyle activities in groups or in the comfort of their own suite and capture these stories for the resident and their families to enjoy. Our team members enjoy sharing in these life memories and are often in awe of the inspiring feats that our residents have accomplished.

Keith was born in Pretoria, South Africa on the 21st February 1941. His parents were Eileen and Wally Clarke and he was an only child. After the war, his parents moved to Rhodesia (now Zimbabwe), so although South African by birth he has always termed himself a Rhodesian. He’s never held a South African passport because in that era, a child did not have their own passport but were named in their parents passports.

Keith was a top student and enjoyed sports such as rugby and riding horses. His mother was a close friend of Ethne Holmes a Court who had a riding school and he was involved in competitions and won a fair few cups.

After graduating from school at the age of 17, he worked at a hardware store then decided to join the British South African Police Force. After much consideration, he then decided that the Rhodesian Air Force was his calling so applied and was accepted.

He became an Officer and flew jets all across the world. These jets are now considered to be Vintage Aircraft and a picture of one is below. Qantas in Australia was recruiting and many of Keith’s friends had applied and been accepted into the airline. He decided to try his luck and apply and was accepted. Keith, his wife and their two little boys moved to the other side of the world. Sadly, the marriage didn’t work out and his wife returned to Africa with their children to be with her parents.

He was a Second Officer for a while then, Qantas realised they had a glut of pilots and few routes so offered the pilots secondment and guaranteed their jobs in the future. Keith returned to Rhodesia and rejoined the Air Force briefly flying dicey missions because the country was in the throes of a war and terrorism was rampant. He then was approached by a fellow who was recruiting pilots to fly sanction busting aircraft out of Europe to supply Rhodesia with anything that was a shortage in the country if they could but mainly aircraft parts to keep the Airforce airborne.

It suited him being near his sons and flying in a different world and then meeting his second wife. He rejoined Qantas mid-seventies and then remarried in 1979 in Rhodesia. He loved his Qantas days and after 14 years as ‘Second Officer’ moved rapidly to ‘First Officer’ and then to ‘Captain’. He had to do his command training on the 747 which was then the new aircraft the 767.

His family expanded with two more children, another young fellow and then a little girl. The family often travelled with him on flights plus visited his parents who lived in Devon, England. Every Christmas was spent in Africa with his wife’s parents and extensive family and occasionally his parents and sons flew over to be with all at the Festive season.

Some interesting milestones to note:

After weeks flying over and staying in many countries they finally flew into Caboolture and found upon landing he and Peter had come in first. Back then the control tower asked them to take off again as a new runway had been built for the rally to land on and to please use it. That night there was a dinner dance in a hangar and a presentation of the very propeller that is on the wall in his room. He’s very proud of that.

Keith’s pride and joy is his family, his three sons and daughter plus their spouses but more so, the seven grandchildren, soon to be eight as another babe is due in October. In all Keith has had an adventurous life but has also worked hard to make it so. Those that he has met over his many years of travels and adventures have found him to be a very nice person with impeccable manners. The community at Arcare Peregian Springs is delighted to have him at the community where he continues to share much of his travels with the residents. 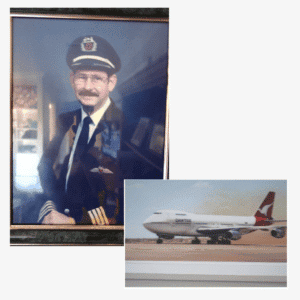