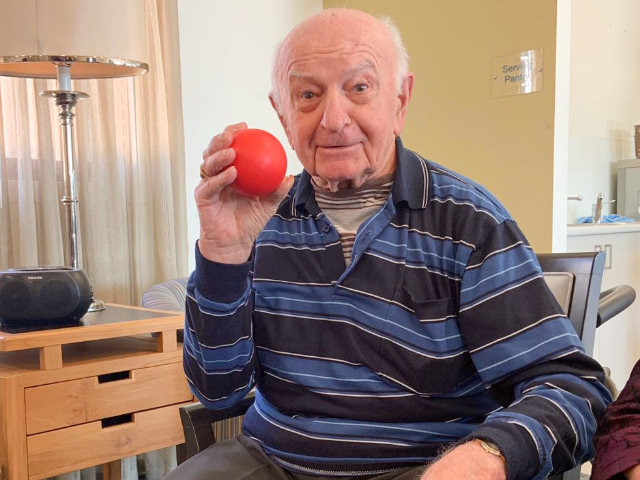 There’s no joking in Bocce

Just a word of warning that, the Arcare Knox community take a game of bocce very seriously.

The demand for bocce games is high within the community, as clients have now requested for it to be played more than twice a week.

Lifestyle assistant, Bec says “It’s great to see everyone being active and having some fun! It’s also a great opportunity for everyone to socialise.”

Client, Barbara commented saying, “I have never previously played bocce. I have to say, it has been such fun learning to play.”

Most recently the stakes of the game were increased, when Year 9 students from Waverley Christian College dropped by and challenged some of the clients to a game.

Ultimately the skill level of the clients, proved to be too great for the students, with the Arcare Knox community winning the challenge.

The game of bocce dates back to Ancient Rome; a fact which client, Janos likes to mention at the game every week. Janos is known as being as quite a joker around the community and he often likes to joke that the game is “as old as” he is.