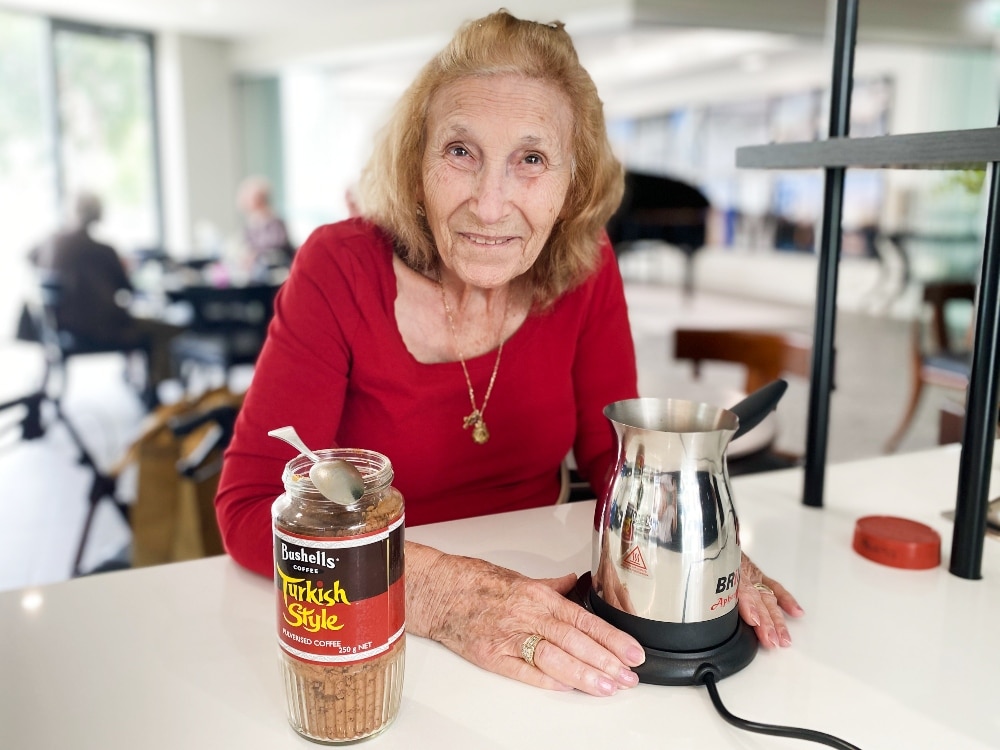 Clients and team members at Arcare Seven Hills were treated to Turkish-style coffee when coffee connoisseur Vicki brewed the perfect cup for them.

With the aroma of brewed coffee beans in the air, Vicki was enthusiastic about teaching Chef Paul and Personal Support Worker Courtney a thing or two about coffee.

Vicki’s daughter, Trish was also kind enough to share some of her mum’s long history with the popular drink.

Vicki started making coffee over 60 years ago in Cyprus as she learned from watching her mum make it.

At a young age and ever the quick learner, Vicki was able to surprise her mum one day as she brewed her very own cup of coffee for her.

But it was only when she reached 21 years old that she had her first real taste of coffee.

And this happened just before she left her family in Cyprus to start a new life in Australia.

Besides brewing her own cup of coffee, Vicki also used to make her own almond bread as she is a big fan of them.

Since moving into the community of Arcare Seven Hills, Vicki still enjoys sipping on her coffee in the morning and occasionally, in the afternoon too.

Her favourite coffee has to be Bushells Turkish Style coffee as she says, ‘It makes the best Crema.’

While brewing coffee in her Briki, a Greek-style coffee maker, Vicki shared some of her coffee-making tips with us:

Spoken like a coffee connoisseur, Vicki’s top tip is, ‘Don’t overboil it or you will lose the Crema.’

The community of Arcare Seven Hills are looking forward to more coffee chats and drinks with Vicki! 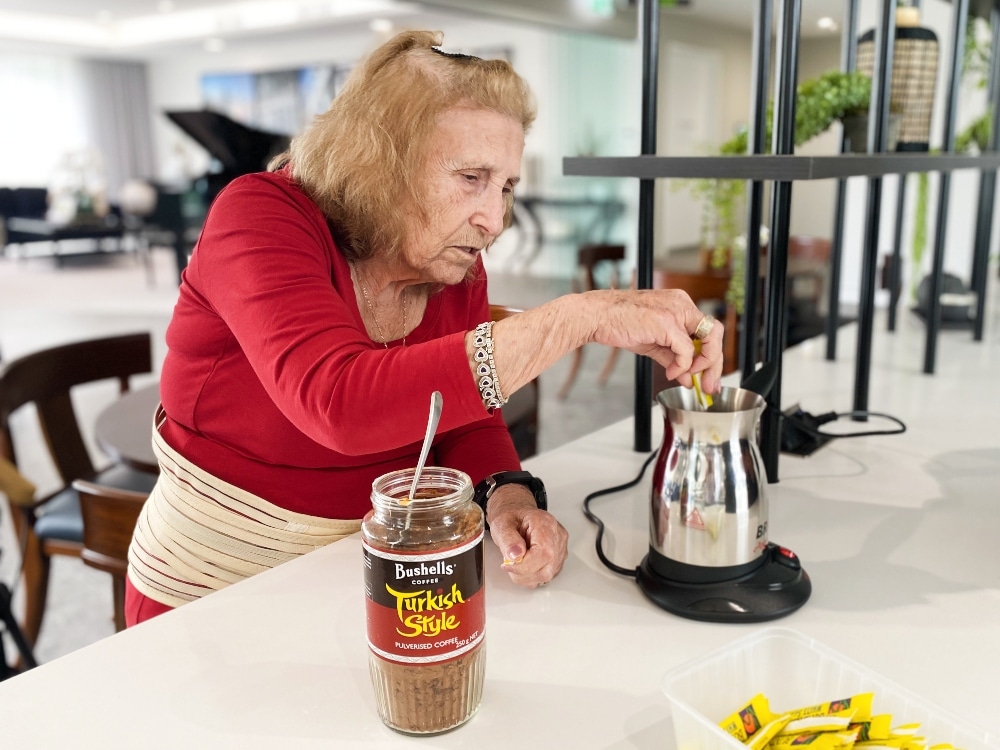 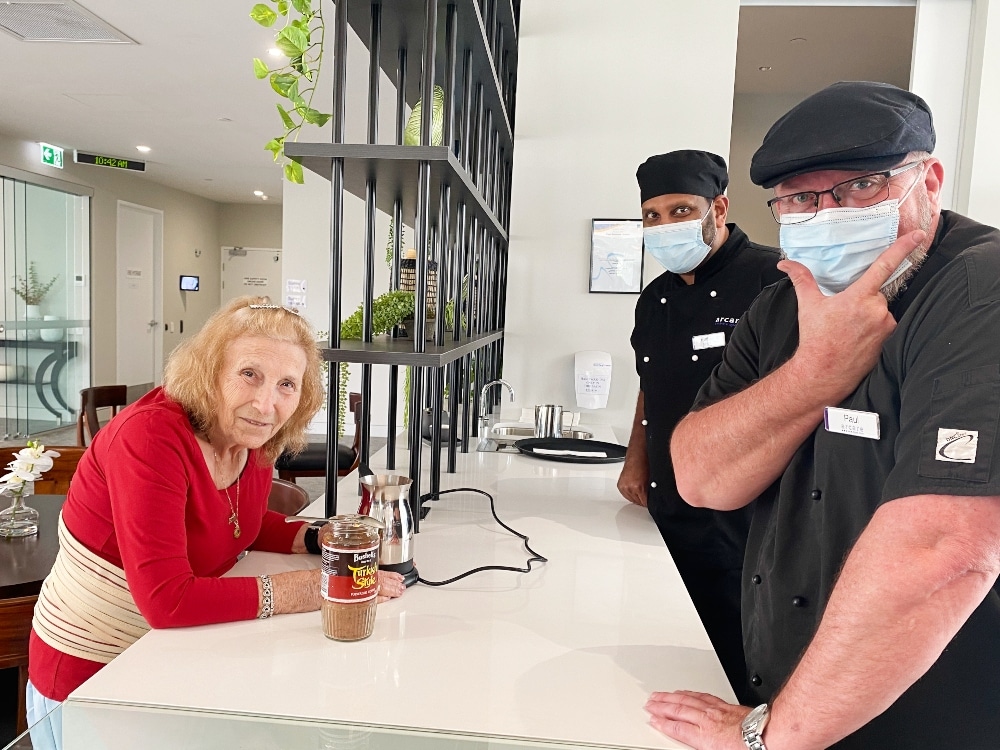