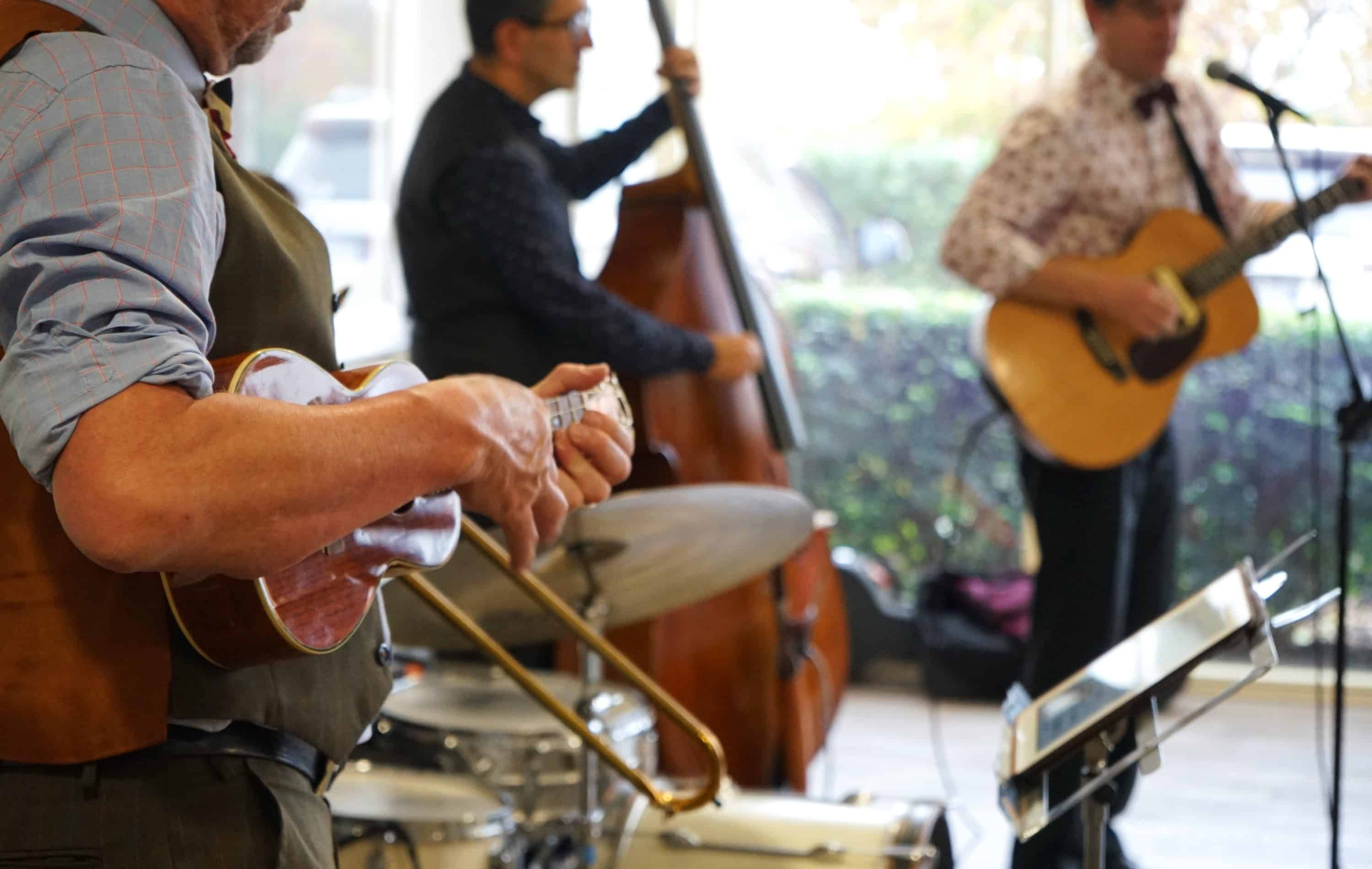 Live music and soulful singing could be heard echoing through the hallways of Arcare Burnside on 27th April, as Paul Gillett’s Big Band Day In performed alongside residents for a special musical performance.

Formed during COVID, Big Band Day In came together with intent of brightening the spirits and lives of aged care residents through the power of music. The group comprised of five professional musicians have been visiting aged care residences, including Arcare Burnside to perform alongside residents who are interested in music, and those may have performed or played instruments previously.

Armed with their sheet music and lyrics, the Big Band Day In musicians journeyed around the Arcare Burnside residence to get to know the community and rehearse with any interested residents for their debut performance in the afternoon.

89-year-old Burnside resident, Irene as one of the residents selected to perform alongside Big Band Day In. As a young child, Irene taught herself to play the piano accordion, and now enjoys attending the community’s singalongs and live entertainment.

Irene’s smiled beamed across the room, as she performed two songs in English and her native German, before being cheered on by the community for an encore. 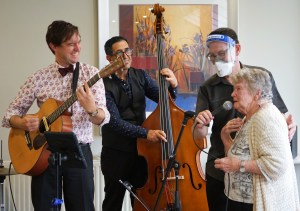 “Irene was thrilled to be invited to perform,” Arcare Burnside Lifestyle Coordinator, Jamie Gillies said. “She has such a beautiful voice, and with the whole community getting behind her, it’s really lifted her confidence to perform again in the future.”

Former music teacher and choir singer, Hazel was another resident who was selected to perform in the concert. The 81-year-old’s passion for music and dancing was reignited, as she sang ‘You are my sunshine’ and ‘Rivers of Babylon’, getting the whole community up on their feet for a dance and singalong. 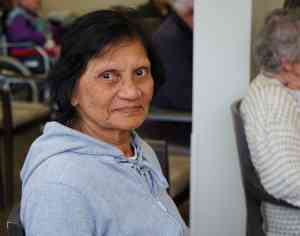 “Hazel loves to sing, but she was anxious to get up and perform in front of everyone. It was great how Paul and the group made her feel comfortable to come out her comfort zone and perform for everyone.” Jamie said.

The Australian Music Therapy Association has found that music therapy for seniors can help improve their self-esteem, quality of life, mood, cognitive skills, and mental health.

“We hope that we can do another concert again in further with Paul and the Big Band Day In musicians, as our residents loved getting involved in with their music.” Jamie said. 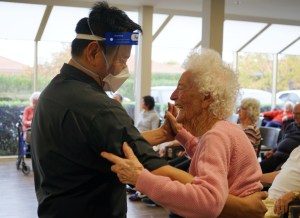