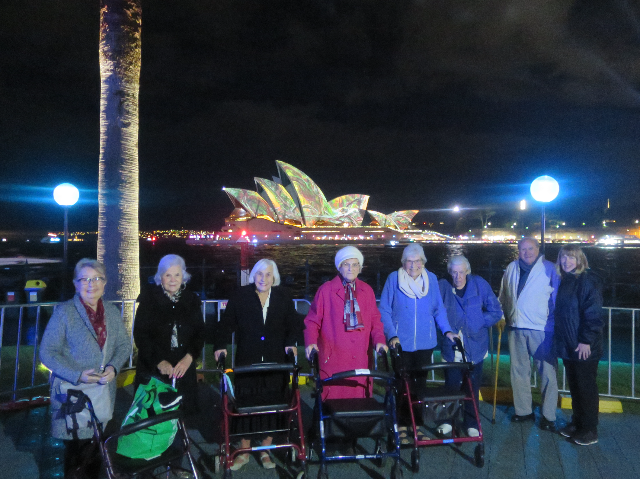 It was a calm and clear night that a bus load of our Arcare Glenhaven clients travelled to the big smoke to walk around the city to take in the wonders of the Vivid light show.

Everyone was so happy to be out in the city and especially at night! Betty announced to the group that she couldn’t remember the last time she went out at night and didn’t realise how much she had missed it. She then thanked the team for taking her out to see the lights.

Betty wasn’t the only one overcome with emotion, another resident declared she would remember this night for the rest of her life as she had never seen anything so beautiful.

As the night drew to an end, the residents began joking about never going home and purposely getting lost in the city, they said they could stay out all night no matter how cold it got. Many agreed that they couldn’t feel the cold because they were just having so much fun and were genuinely happy to be out in the city exploring.

The bus ride home was filled with chatter and stories about younger days spent in the city, especially Luna Park. As the bus drove past the park it lit up in beautiful golden lights that had everyone smiling from ear to ear.