Arcare on the Bellarine Peninsula

Arcare offers residential aged care on the Bellarine Peninsula. We have been a part of this community for many years and have enjoyed being the leading choice for residents entering their golden years.

Whether you’re new to the area, or have called the Bellarine Peninsula home for your entire life, the story of the region may interest you and remind you of why this is one of the greatest places in Australia to enjoy the later years of your retirement. 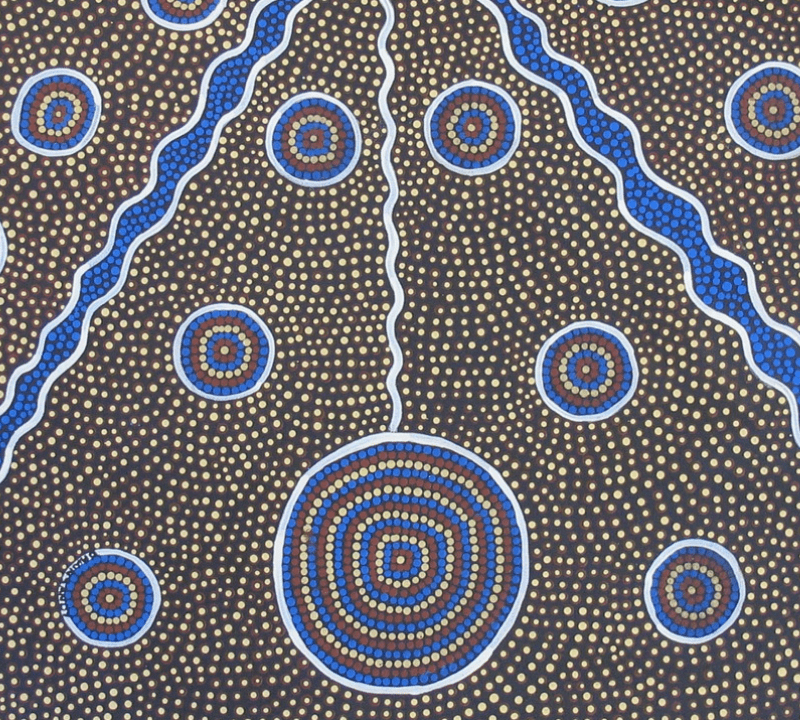 In the early years, before white settlement, the Bellarine Peninsula was inhabited by the Wathaurong people, also known as Wadawurrung, many of whom remain here today.

The Wathaurong share a kinship with other groups in the area and are a part of the Kulin nation, an alliance of nearby Indigenous tribes. The Wathaurong took advantage of the rich natural resources on the Bellarine Peninsula, harvesting wildlife from the grasslands and enjoying the many high quality fishing spots around coastline. 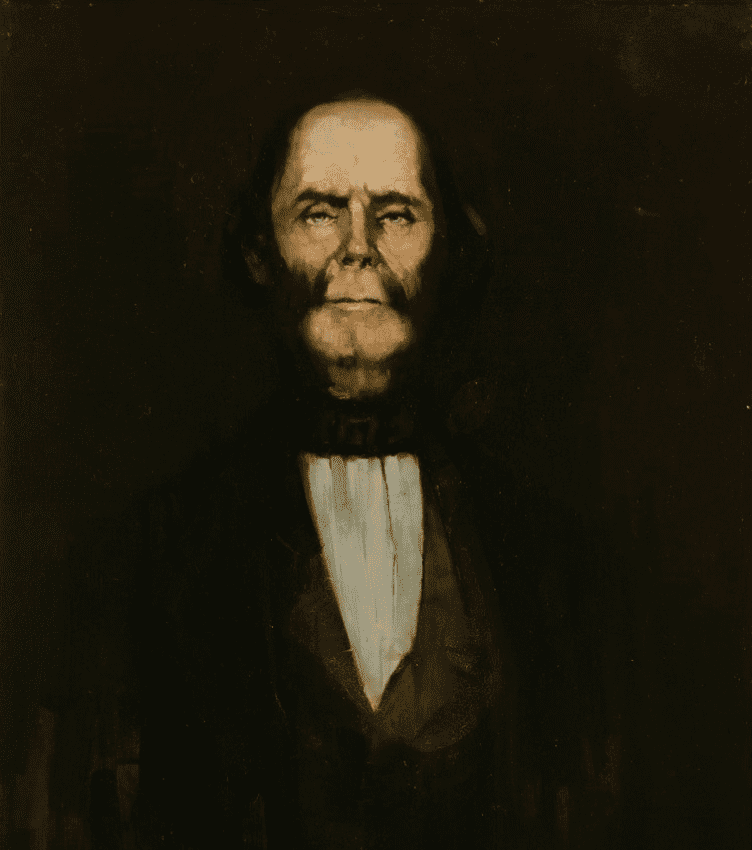 There, he lived among the Wathaurong people for 32 years, before surrendering to an exploration party led by John Helder Wedge.

Despite being an escaped convict, Buckley was pardoned by Lieutenant-Governor of Van Diemen’s Land, Sir George Arthur, and employed as an interpreter. 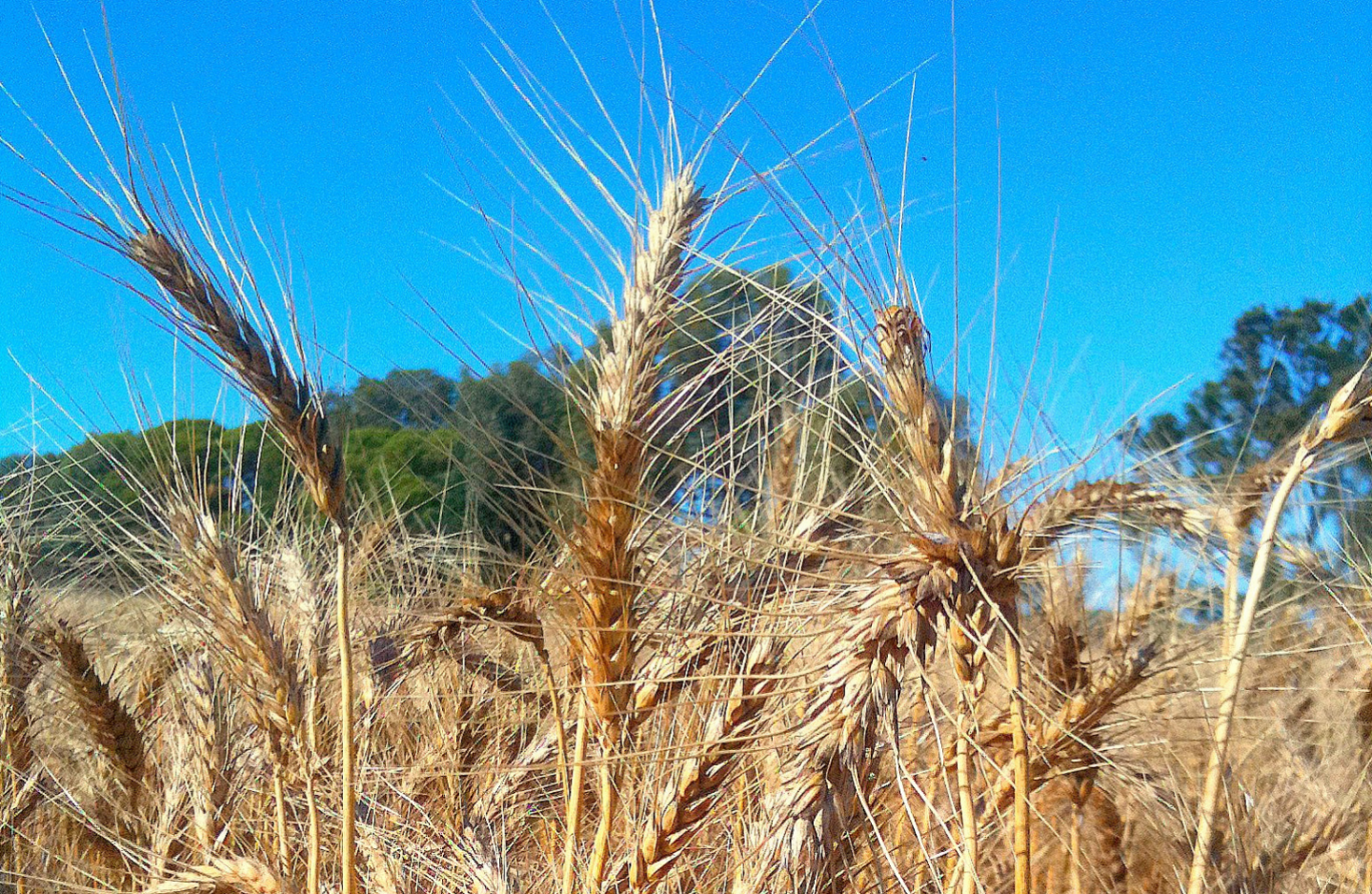 By the mid-1850s, the Bellarine Peninsula had earned a reputation as the granary of Victoria, which was officially separated from New South Wales on July 1st, 1850s.

Wheat became the primary export, with most transport occurring by sea, via sail and paddle steamer. 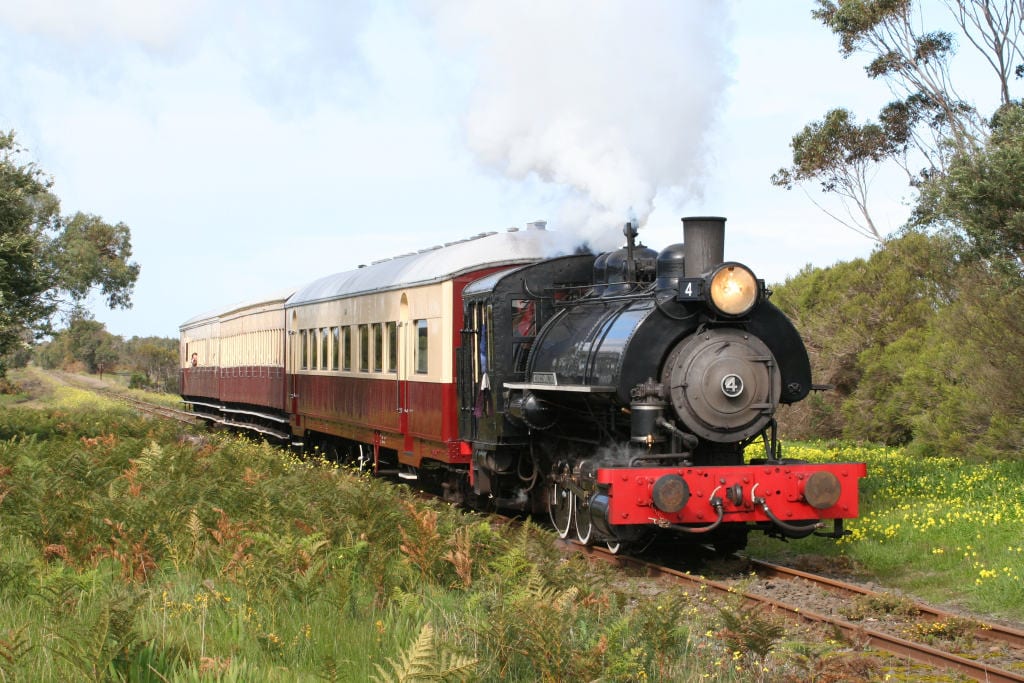 In 1879 a railway branch was completed, with new track laid between South Geelong station and Drysdale and Queenscliff. This line was instrumental in driving rapid growth in the agricultural industry, while contributing to a marked decline in seaborne travel. The railway line was closed in 1976 and reopened in 1979 as a tourism attraction, currently operated by the Bellarine Railway. 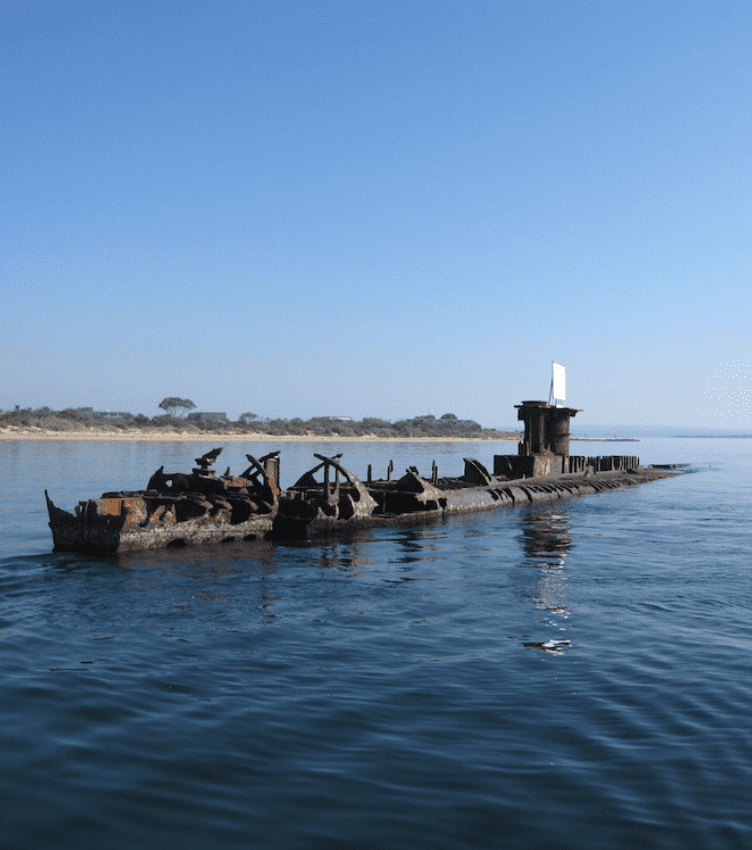 In 1919 the submarine HMAS J3 was transferred from the Royal Navy to the Royal Australian Navy. Today, it rests at the bottom of Swan Bay near Queenscliff Gold Course, decommissioned and scuttled there in 1926.

In 1920 the famous Clifton Springs Hotel burnt down, taking decades of tradition with it – no more would the citizens of the peninsula visit the hotel to partake in its mineral waters and bath house.

The years between the turn of the century and the second world war saw significant growth throughout the Bellarine Peninsula as the area became firmly established as an important agricultural centre. 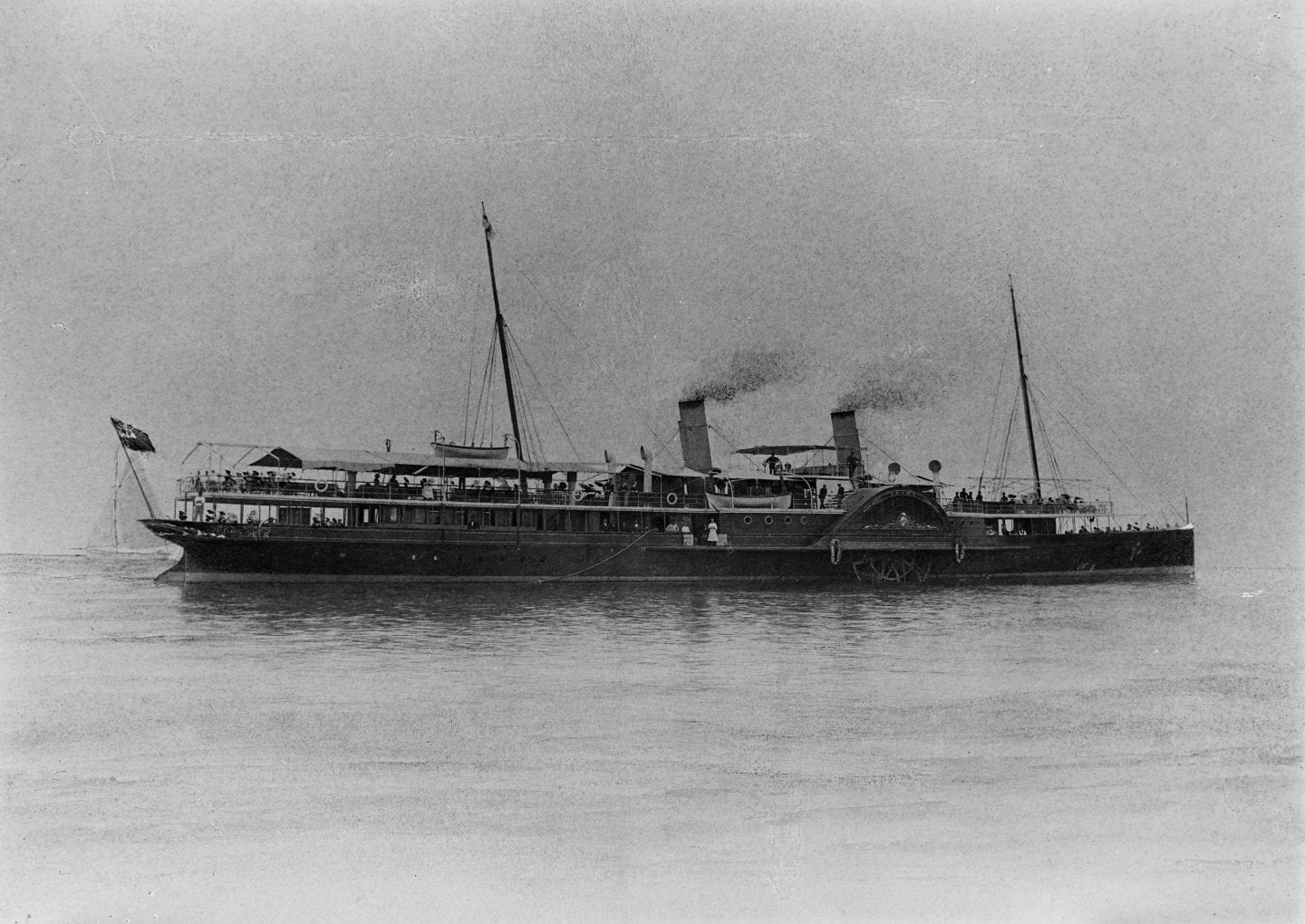 Following WWII the local wool industry continued to perform strongly, with wool stores from Geelong south attracting bales from far inland for sale and transport to markets much further abroad.

The Bellarine Peninsula is seeing increasing tourism each year, with attractions such as the Portarlington Mill and Queenscliff Historical Museum drawing visitors from around the country. 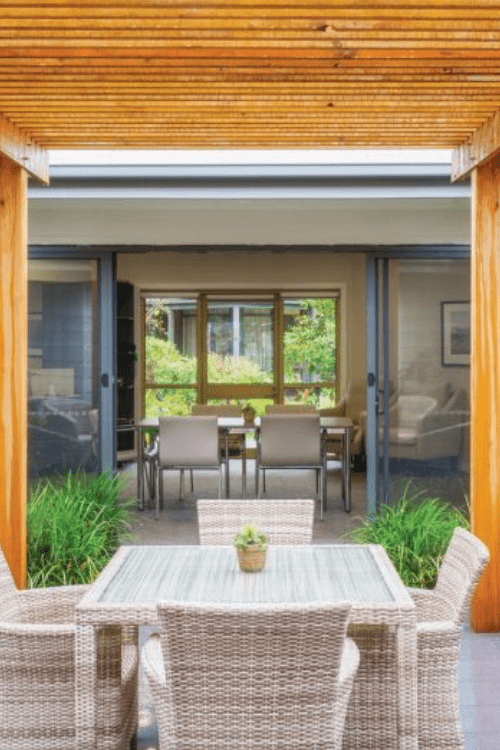 The entire region has grown up, but the heart of it remains the same. The essence of the Bellarine Peninsula lies in its people and their spirit. At Arcare, we’ve noticed that every new resident brings a whole new story of the region with them.

We have two locations in the Bellarine Peninsula – Arcare Portarlington and Arcare Point Lonsdale. Arcare is where Bellarine Peninsula’s people come to enjoy their golden years, to reflect on the decades they’ve spent in one of the finest parts of Australia, to reminisce with old friends and meet new ones.

We’ll continue to respect and preserve the history of the Bellarine Peninsula, hearing the stories of those who have seen it all. If you’d like to learn more about our local residences, please get in touch. Moving to Arcare isn’t about leaving home – it’s about coming home. 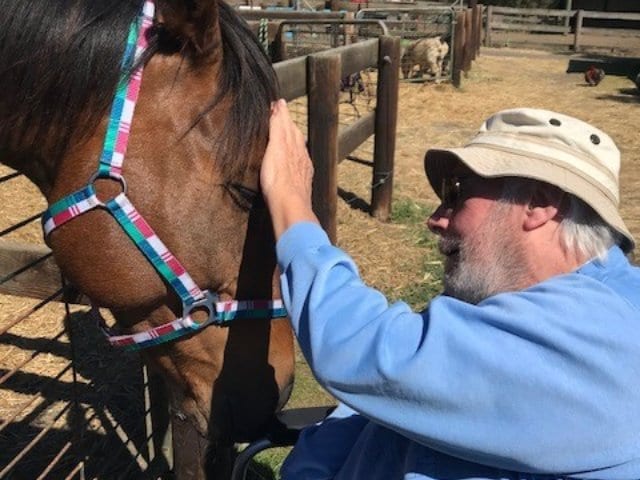 Today, life at Arcare Portarlington is as idyllic as ever. Residents spend their days relaxing in the gardens or engaging in a broad range of activities in the local community.

Regularly scheduled activities keep everyone busy. Market days, visits to nearby residences such as Arcare Point Lonsdale, and regular community-wide activity days fill the calendar and ensure that there’s always something to look forward to. 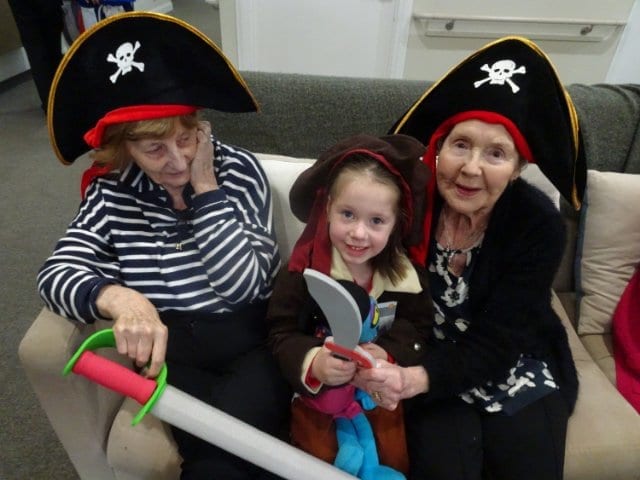 Arcare Point Lonsdale is home to many long-term residents of the Bellarine Peninsula. It’s one of the region’s aged care residences of choice, with beautiful gardens and well-appointed private suites.

From masquerade parties to chocolate tasting excursions, the residents of Arcare Point Lonsdale are living the high life.

Request more information by filling in your details. 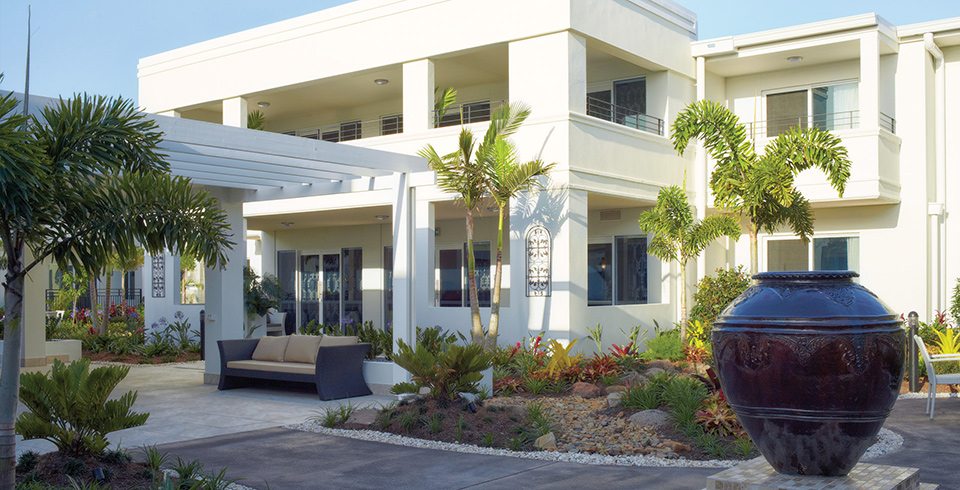 Interested in other residential locations offered by Arcare in the area? Click on the link to view our locations.