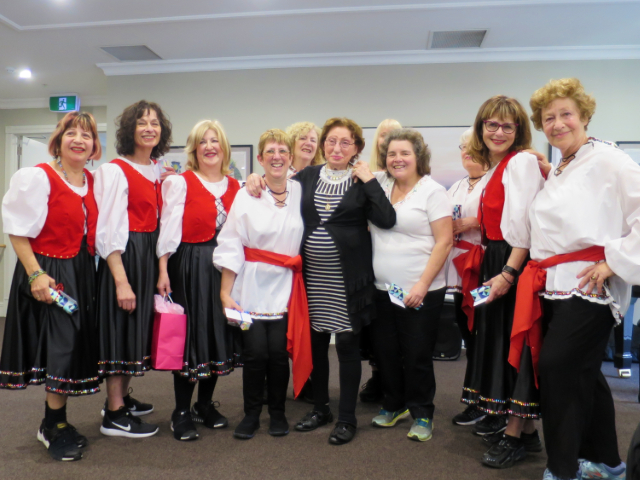 Arcare Caulfield client, Lola has been an avid dancer for most of her life. From a young age, Lola practiced her dancing, refining her skills up to three to four times per week. In particular, Lola has always had a passion for Israeli dancing.

Israeli folk dancing is a form of dance, that is usually performed to songs that are sung in Hebrew. Typical Israeli dancing will include circle, partner, line, and individual dances routines.

Throughout her dancing career, Lola formed many friendships and is still in touch with many of them. Many of Lola’s friends from her dancing days, still visit her regularly at Arcare Caulfield to catch up.

Unfortunately, Lola is no longer physically able to get up and dance the way she once did, however she still enjoys watching all forms of dance. Lola is fortunate enough, that when her friends do visit, they perform for her.

In October, Lola received a huge surprise, when she saw a large group of her friends arrive at Arcare Caulfield, dressed for a spectacular performance. The group told Lola, that they had been planning and practicing for the performance for quite some time, and that they wanted to surprise her, to show her just how much she means to them.

Lola took a front-row seat in the upstairs lounge, alongside a number of other clients from the Caulfield community. Lola eagerly waited in her seat for the performance to start. 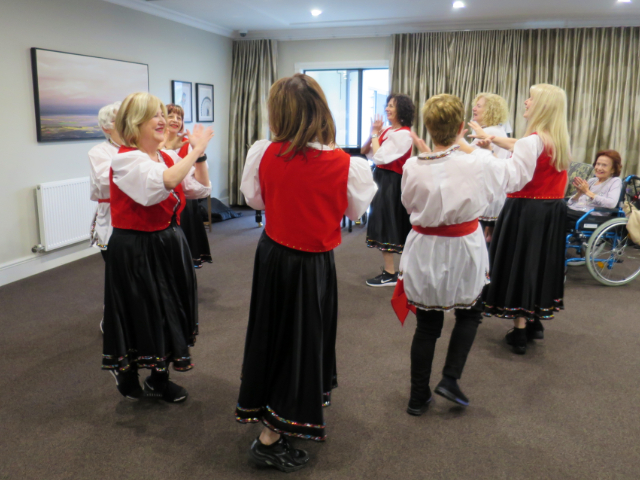 Once the music and dancing began, it was clear how badly Lola wanted to get up and dance herself. Clapping and swaying along in her seat, Lola became emotional as the performance continued; being moved by her friends incredible gesture. 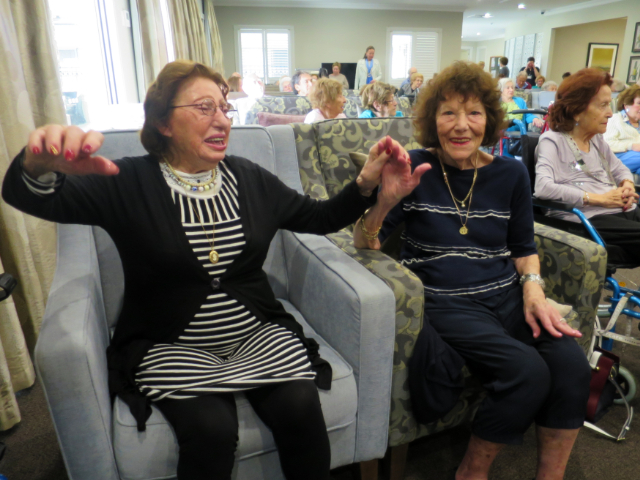