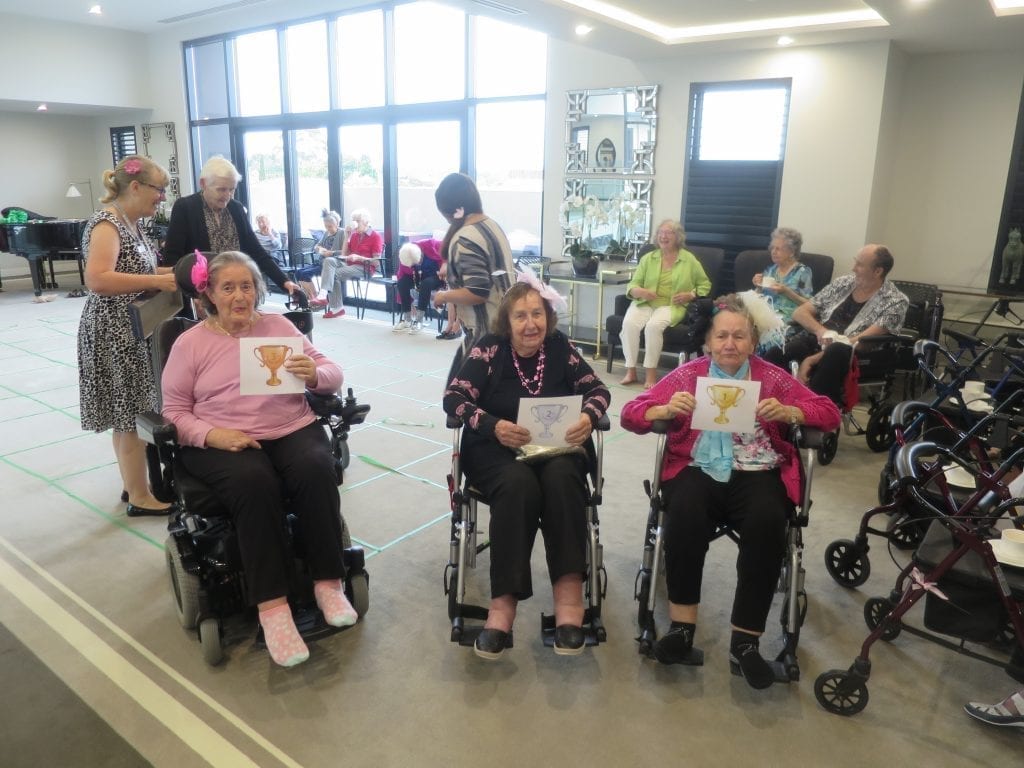 The Arcare Glenhaven Cup proved they can do the ‘Cup’ just as well as the Melbournians with an exciting day of resident racing, sweeps and celebrations.

Everyone dressed for the occasion; ladies showing off their fascinators and even the Arcare team in their race wear.

Residents participating in the Glenhaven Cup were designated their own jockey name as a novelty.

The Glenhaven Cup involved a series of heats in which six jockeys would race by the dice.

Six racing lanes were marked out with masking time in the upstairs piano area of the residence.

Spectators surrounding the track as six jockeys took their place in their barrier.

The jockey to move up each of the spaces in their lane and reach the finish line won their heat, ready for the final race.

It was a very exciting and nerve-wrecking final race – Heavenly Harleen won by a wheel of a wheelchair!

Harleen was very emotional about her win, with tears of joy as everyone cheered and congratulated her.

The Arcare team also entertained the residents with their own heat, won by Receptionist Marvellous Mel.

‘It was such a fun experience for everyone and got us all into the spirit of the Melbourne Cup,’ said Lifestyle Assistant Janette.

‘Everyone found it hilarious that the masking tape lanes were getting caught up with walker legs and wheelchair wheels; we kept fixing it though!’

The Glenhaven Cup was followed by the Melbourne Cup, where everyone gathered in the four lounge rooms with their punch, munchies and sweeps.

It was a very cheerful and loud few minutes as everyone rooted for their horses.

The festivities, fancy dress, games and friendly competition proved that Arcare Glenhaven can ‘Cup’ just as good as Melbournians. 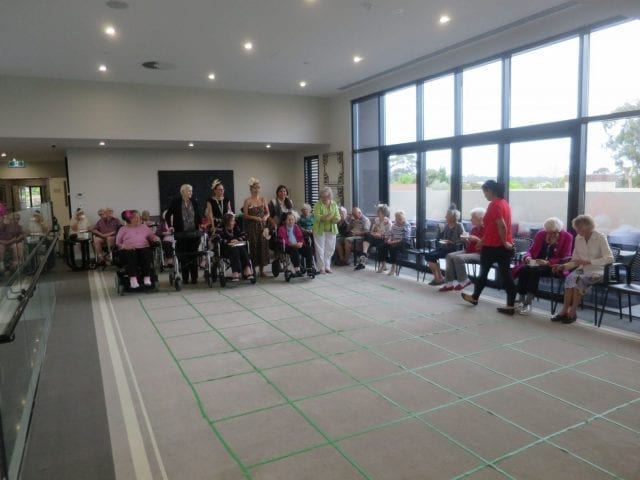 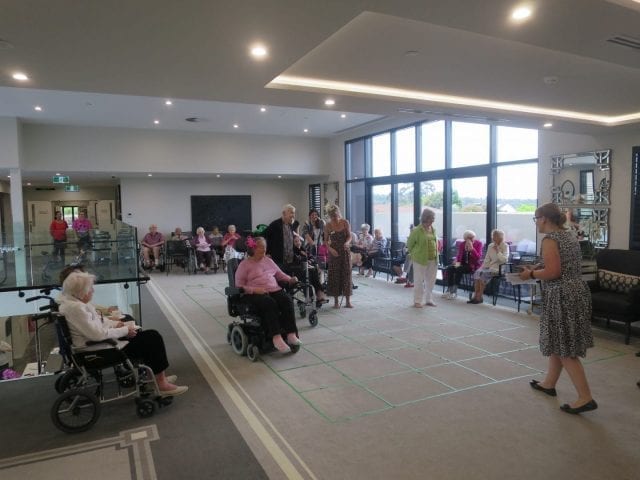 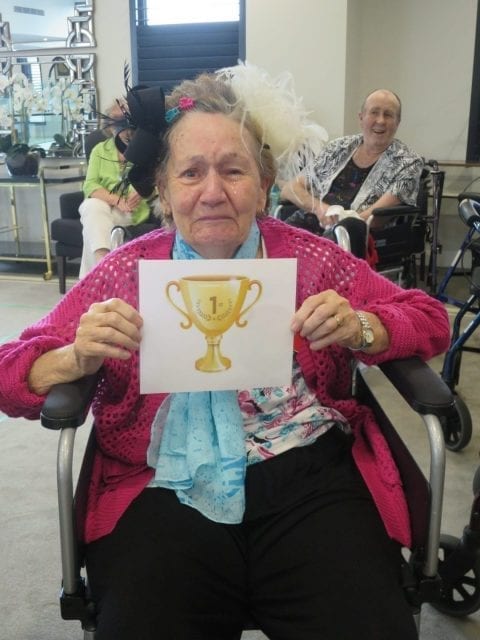