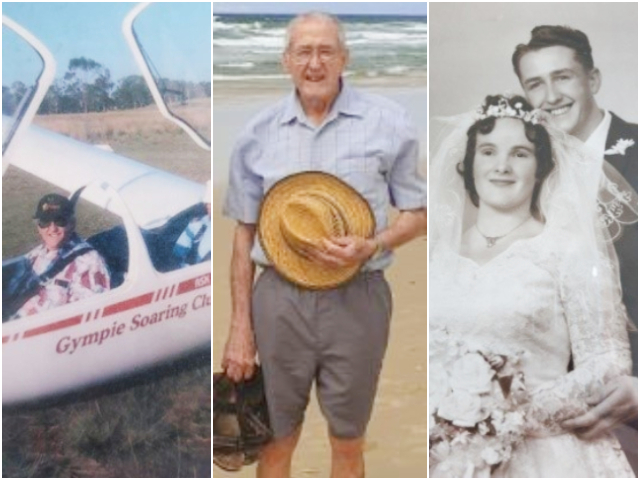 Growing up in Queensland, David Alexander Templeton’s journey in life

Read on to find out more about Arcare Peregian Springs client, David who achieved his dream of flying after teaching for many years.

David was born on the 26th of October 1941 in St Margaret’s Private Hospital, Maryborough, Queensland. He is the 2nd youngest son of Alexander, a stenographer for the courthouse and Gwendoline Templeton, a nurse.

David has four siblings, Donald, Rowena, Ruth and Wilfred. He attended Maryborough state school and recalls his displeasure that boys and girls were required to go to different campuses. He has many fond memories of his childhood, riding the streets with his mates, the attacking magpies from next-door and ripping the flyscreen from the windows after the war, just to name a few.

His parents moved to the small town of Yandina and David went to college to complete his Primary school teaching degree. After graduating, he taught at the Yandina Primary school. David has completed three degrees, all in the area of Primary Education.

David met the love of his life, Lynette Cooper at a dance in Bli Bli. They were married shortly after when David was aged 19. They lived in Palmwoods but the lack of town comforts soon saw them moving to Nambour. David and Lynette have 5 children, 12 grandchildren and 5 great grandchildren.

David moved teaching positions from Yandina primary school to Nambour Primary school where he remained on the teaching staff for more than 25 years. While teaching at Nambour he became very interested in computer technology and was one of the leading teachers at the school in that area. He was then transferred to Burpengary and Beerwah primary schools. He finished his teaching career at the age of 56.

He then worked on a part time basis for his son in the area of soil testing for many years. He says that he always enjoyed soil testing, when comparing it to teaching, as he could leave something and return the next day and it would be the same, a luxury that is not available in teaching, as education is constantly changing.

David and Lynette were not travellers and only ventured overseas on one occasion, to attend their youngest son’s wedding in the Philippines in May of 2013. He did however enjoy going camping, when his children were very young, at Double Island point every Christmas break. He enjoyed these holidays with his wife, children and in-laws.

At Double Island point he would go rock fishing with his father-in-law. He was a keen fisherman and enjoyed this pastime. Unfortunately, this form of recreation stopped when his father-in-law decided to buy a boat and David discovered he got very sea sick.

David has always had a passion for reading, especially fantasy novels. He also enjoys comedy cartoons and movies. He likes to garden and every year his house on Mapleton Road, Nambour would be adorned with the most beautiful display of dahlias.

He was also wonderful at making and building things and independently renovated the lower level of the family home on Mapleton road. His attachment to the Mapleton roadhouse was stretched when he and Lynette moved to a newer home in Coes Creek but he came to love this place as well.

David enjoyed playing many sports, such as squash, tennis and hockey but hockey was his favourite. He was a very accomplished field hockey player, specialising in the position of goalie. He had the pleasure of representing Sunshine Coast many times as their goalie. He also had the pleasure of being the team goalie when they versed New Zealand.

David often talks about his time playing hockey and says that the goalies that play now have it easy because of all the protection they wear. When he played all they had was a mouthguard, cricket pads and a box and goalies were fair game when it came to scoring goals.

David also had a passion for flying and had wished that he may become a pilot when he left school but he won a scholarship to teaching college so this was the path that he took. He never gave up on his dream and participated in a gliding flying course that he loved. 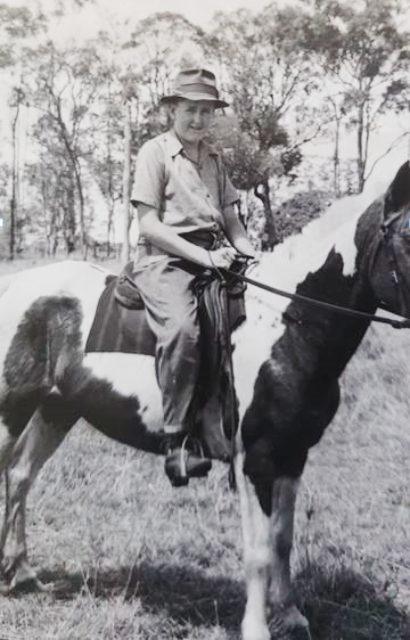 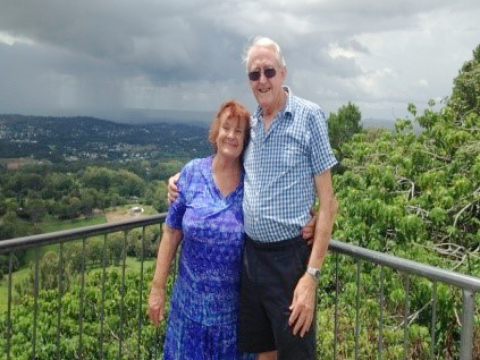