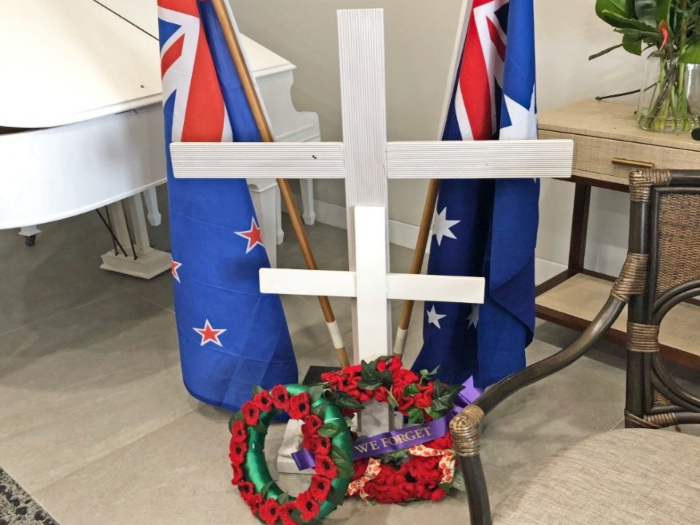 On Monday the 11th of October, Arcare Pimpama partook in a Remembrance Day ceremony.

The ceremony was attended by clients, team members, families and volunteers who came to remember those who had lost their lives on the battlefield.

At 11 am on 11 November 1918, the guns on the Western Front fell silent after more than four years of continuous warfare.

The allied armies had driven the German invaders back, having inflicted heavy defeats upon them over the preceding four months.

In November, the Germans called for an armistice in order to secure a peace settlement and they accepted allied terms that amounted to unconditional surrender.

The ceremony was led by Arcare’s Adel Van Der Merwe who had the priviliege of leading the Welcoming ceremony and enabling the clients to partake and be involved in the ceremony.

Personal Support Worker Paula Thomas stated, “It is a special opportunity for the clients to be able to get Involved as so many of them have served and have had family that have served and lost their lives protecting ours.”

The Ceremony saw client Trevor Rodgers leading the introduction about why it is so important as a nation to celebrate Remembrance Day.

Trevor continued by explaining the history behind Remembrance Day as well as how 61,919 Australians lost their lives to protect ours during the first world war.

Trever then went on to explain how Remembrance Day received its name at the end of the second world war.

It was now a day to commemorate all those who died during the wars in the past 100 years.

The ceremony was followed by client Noel Neil reading the poem “I’m Free”.

The Poem which brought many to tears was based on a soldier who had lost his life in the war and how he was now free with God and no longer in the darkness of the war.

After a few minutes of silence, the ceremony was closed with both clients Chris Harvey and Necia Pearce laying the wreaths.