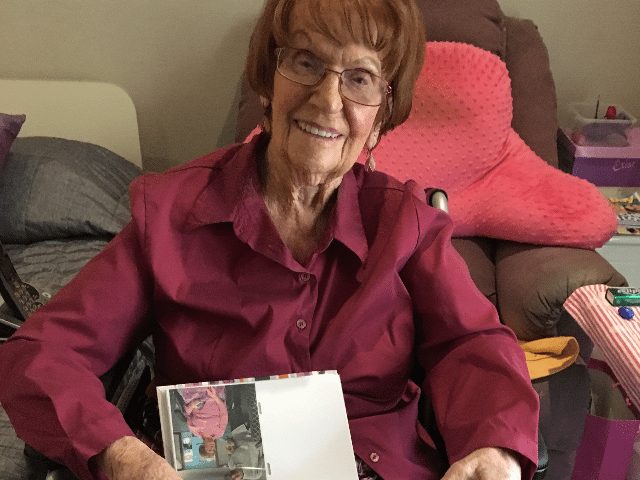 This story is written by Kathy Willmington, Volunteer at Arcare Sanctuary Manors

As a volunteer, I get to help others enjoy their life on a daily basis.

Marjorie’s family now lives four hours away, so I came up with an idea of putting together a photo album full of photos of her precious grandson and family.

Thanks to technology, I am able to communicate with the family regularly, download photos, print them and give them to Marjorie almost as soon as something amazing has happened. Each milestone is captured and then sent to me, and I can immediately have it ready as a surprise photo experience.

Helping others to have a wonderful life is such a blessing, and Marjorie has provided many blessings to other people, team members, family and friends. 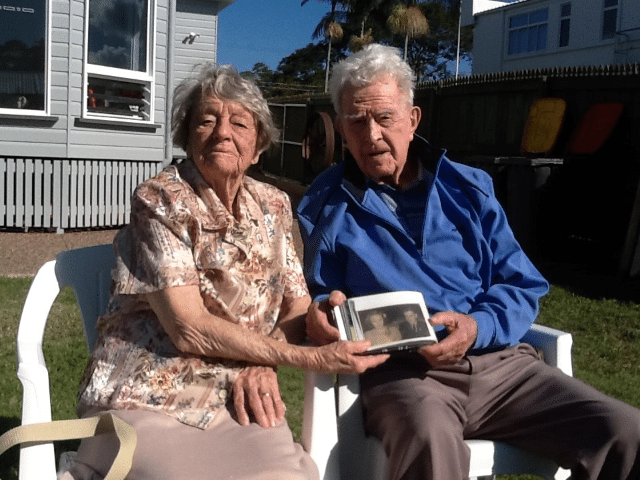 Bill and Lily met in 1937, when they were both 17, at Albert Park in Brisbane. Bill was representing Queensland in cycling, and Lily was captain of the Queensland netball team. Bill was smitten at first sight.

They started dating before the war years and kept in touch by correspondence during the war, when Bill fought in New Guinea and the Solomon Islands. He was expecting to return from war and marry his true love, but he spent four years away, and Bill’s and Lily’s lives went separate ways – until an unexpected reunion.

As time went on after the war, Bill married and had four children, while Lily had a family of her own. The two lost contact for 60 years, although Bill shares that Lily always knew where he was.

When Bill’s wife died about 16 years ago, Bill was astonished to receive a sympathy card from Lily. Bill rang Lily’s sister to try and find out how to contact Lily. He was told to attend a concert being held by the Serenaders. Lily, at 83, was performing.

Bob didn’t recognise Lily until she approached him and said, ‘I only play the piano.’

Lily moved from the Sunshine Coast to be with Bill on the Gold Coast. They shared Bill’s home for 14 years until Bill moved to Arcare Sanctuary Manors due to his health. Lily now lives with her daughter in Brisbane.

The couple are never too far apart and enjoy weekends away together.