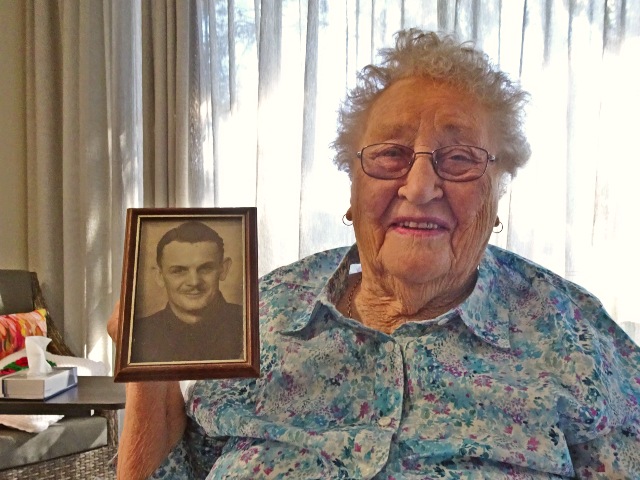 Commemorating the bravery of veterans and widows across Queensland

Organisers from RSL South Queensland invited clients from Arcare Taigum and Arcare Pimpama to a special morning tea and lunch to commemorate veterans and widows of veterans.

The Veterans and Widows Lunch was held on Wednesday 21st of August at the Riverside Receptions in New Farm.

For example, Joy and Gladys’ husbands both served in the army.

Margaret’s husband Robert served in World War II and they had met at church where Robert was a Pastor.

Beris’ husband Robert was also in the army during World War II and he was based in Papua New Guinea.

Jean’s husband Harry served in World War II, where he fought at Milne Bay against the Japanese. he was a dispatch rider who was responsible for effectively taking messages to the front line on his motorcycle.

Husband and wife Myrven and Kay had met each other while serving in the air force. He was a mechanic while she repaired and packed parachutes.

On arrival at the restaurant, everyone was seated and morning tea was served.

Soon, Darrin Leigh began his musical entertainment by asking for requests from the audience.

Everyone sang along to the songs, some even got up to dance on the dance floor!

Not before long, lunch was served and everyone began to chat and share about their time during the war.

Everyone who attended was given a bag that contained memorabilia from the RSL and Arcare Taigum was presented with a medallion as a thank you for looking after the veterans and the widows.

Clients who attended all said that they had a lovely outing, reminiscing the hardships they went through while enjoying the peaceful view of the Brisbane river.

The Veterans and Widows lunch plays an important role in showing our gratitude and respect for their service to the country, to the people and to their loved ones.

Here at Arcare Aged Care, we will strive to work side by side with those who bravely served our nation. 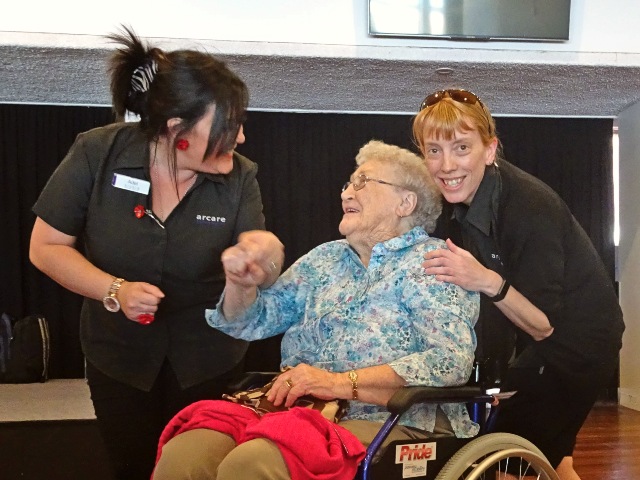 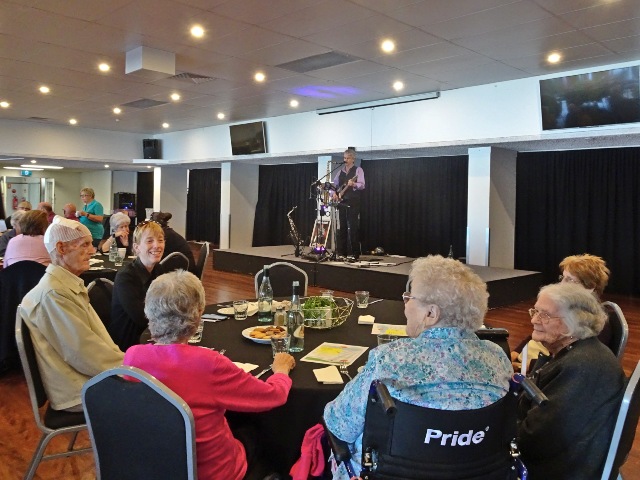 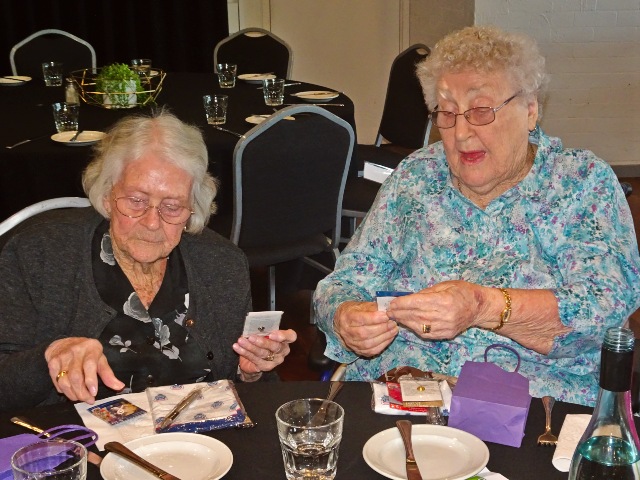