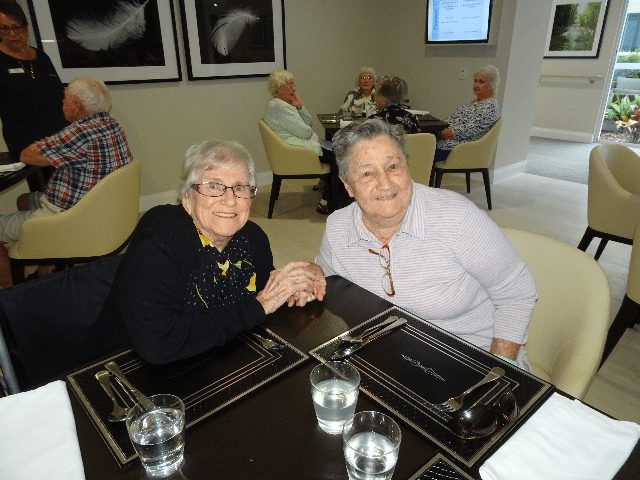 It was a special moment when Carola was reunited with her friend Thelma, who she met at Arcare North Lakes. Thelma arrived with five other clients from North Lakes who were eager to catch up with friends that had moved to the recently opened Arcare Taigum.

When Thelma caught sight of Carola during a tour of the residence, the smiles on their faces were priceless.

After a hug, they sat down for a special lunch together and they enjoyed a lengthy catch- up. 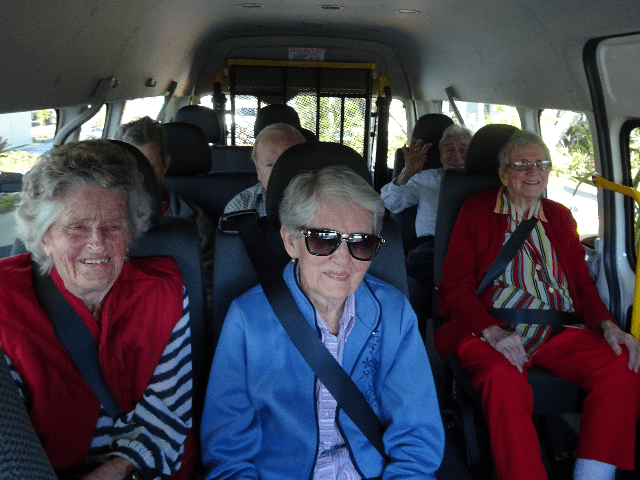 The first bus trip for the Taigum Community turned out to be not only a historical tour but also a location scout for future day trips.

During the scenic drive, Ian pointed out the important landmarks in the area. Clients admired the grand Queenslander houses, the mangroves, and the boats and views of Moreton Island and Fishermen’s Wharf throughout the journey.

The stunning scenes at Shorncliffe Pier were a highlight, and Cathy explained that the pier was rebuilt in 2016 – replacing one built in the 1880s. Dawn commented that the pier is a popular spot on weekends.

The next destination was Sandgate. Along the way, clients discussed the many changes they’ve seen to the esplanade.

It’s been decided that a fish and chip shop they spotted on the waterfront will be the destination for the group’s next trip.