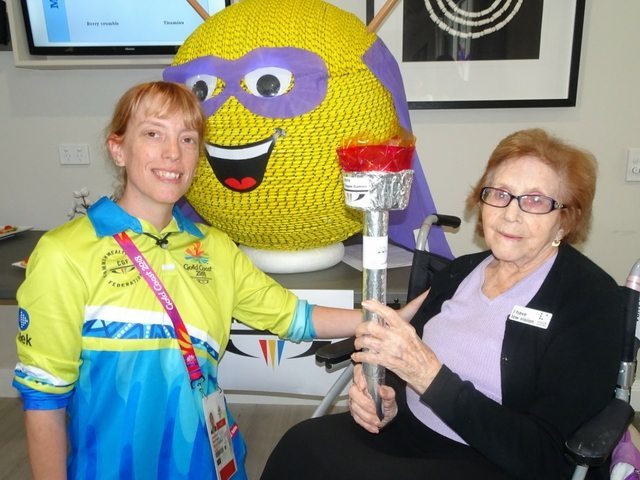 The week kicked off with the opening ceremony.

Laura, the eldest athlete, carried the baton into the opening ceremony.

The baton held a message from the State Manager.

The games encouraged residents to participate in teams to compete for the gold.

Residents also came together off the field to choose colours and create their team logos.

The games got everyone involved including resident’s family members.

One visiting family member, Josephine, commented, “Hockey was so much fun and it became so competitive. I’ve never laughed so much.”

Resident, Renie, stated, “This week was really fun and I enjoyed being a part of the events.”

The week ended on a high with the medal presentation and closing ceremony.

Medals and trophies were presented by Janelle (Residence Manager) and award winners received a medal and koala.

The games were officially closed by our Lifestyle Coordinator, Cathy. 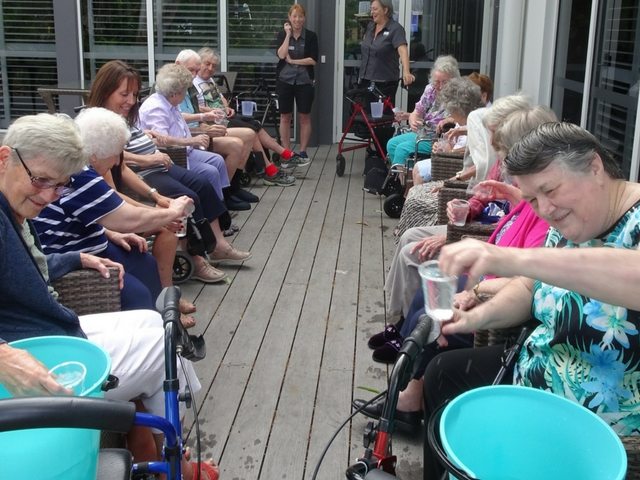 Jean gets the gold! 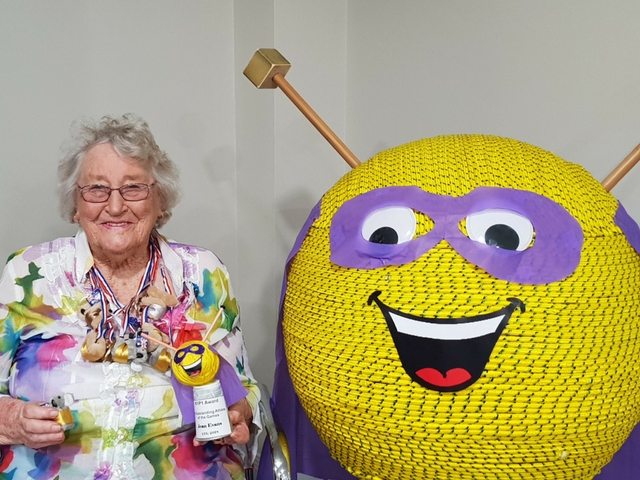 Jean received the K1P1 (pronounced Kipi) Award which was the award presented to the Outstanding Athlete of the Games.

The award was named after our mascot K1P1 and is based on the athlete’s performance at the games, fair play and overall contribution to their team’s participation.

Jean said she used to play tennis and bowls and was very competitive.

During her acceptance speech Jean thanked the Lifestyle Team for organising such a great event.

Jean said with a smile, “I’ve made some new friends as a result and probably some rivalry’s too.”

Competition must run in the family as one of Jean’s main competitors was her son, Errol.

Errol was chuffed that he took out one of the gold medals for his participation in the games. 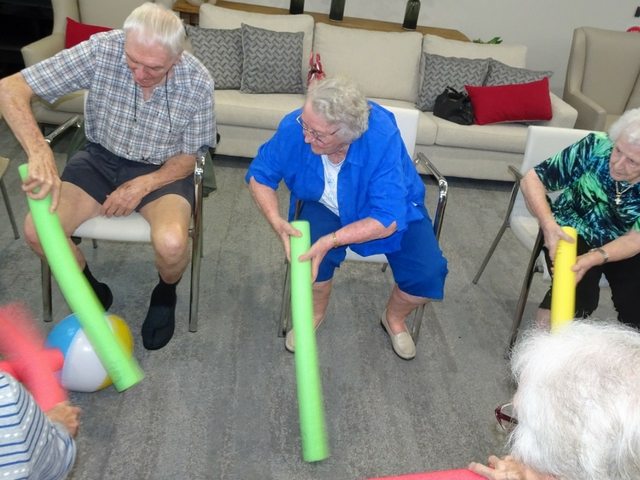