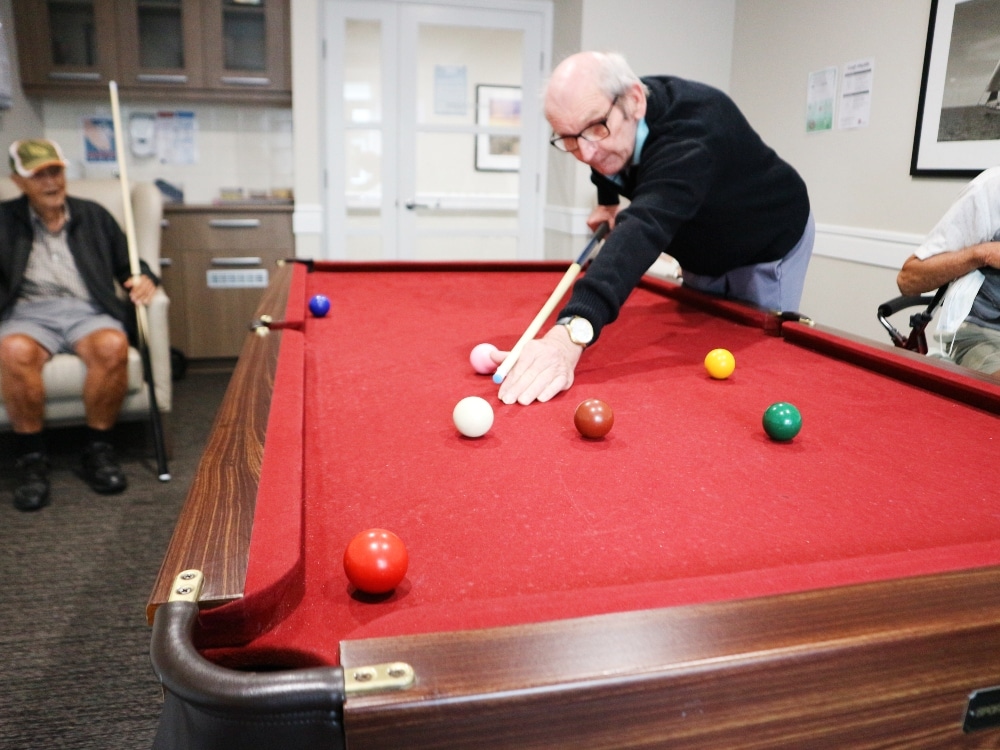 Residents Clem, Graham and Harvey played a game of Snooker in our Arcare Kanwal community, as part of the Men’s Group activities.

The beautiful red Snooker table has been well used among our community with regular games taking place over the week.

And all three of them were very familiar with the rules of the game as they have been playing it since they were young.

Their techniques may have changed over time but their passion for the game remains.

Graham enjoys the game so much that he has his own special cue.

During the game, the men took turns to play and were very decisive in aiming their cue and hitting the cue ball.

Graham even showed off some his Snooker tricks by doing a behind-the-back shot.

When asked about sharing his Snooker playing tip, Clem was quick to say, “just try to hit all the balls in.” 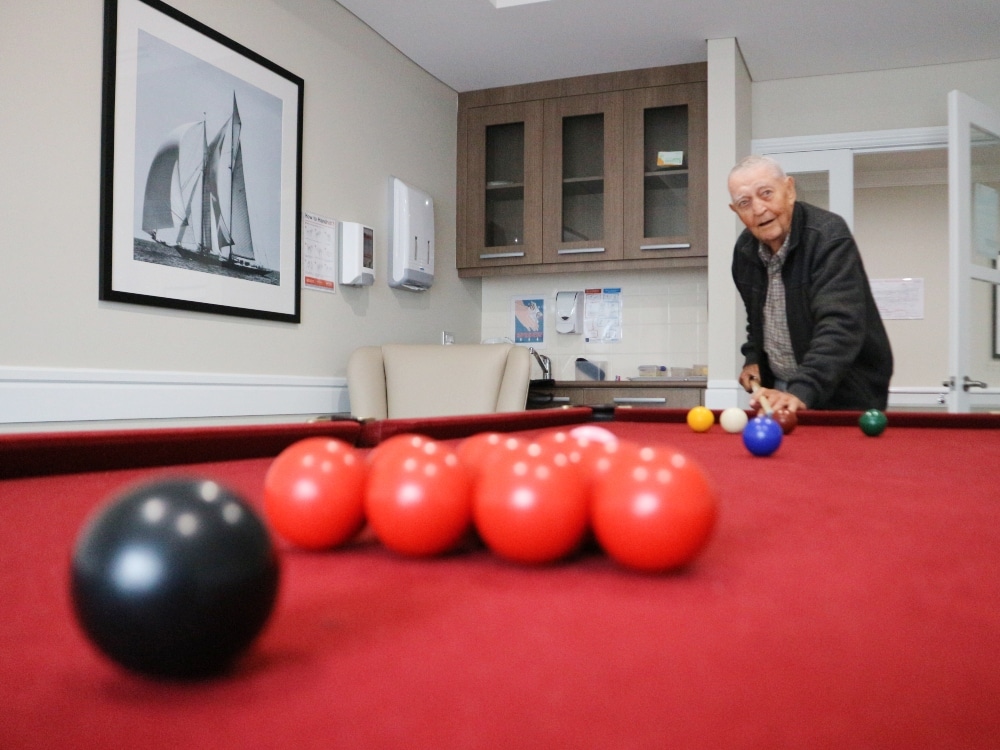 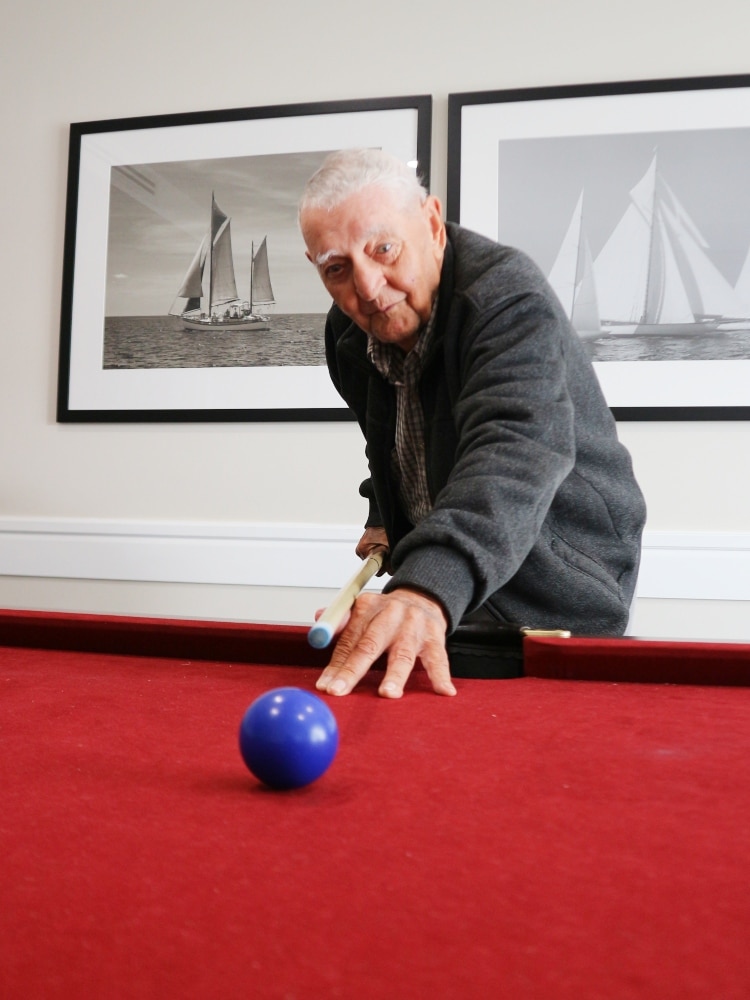