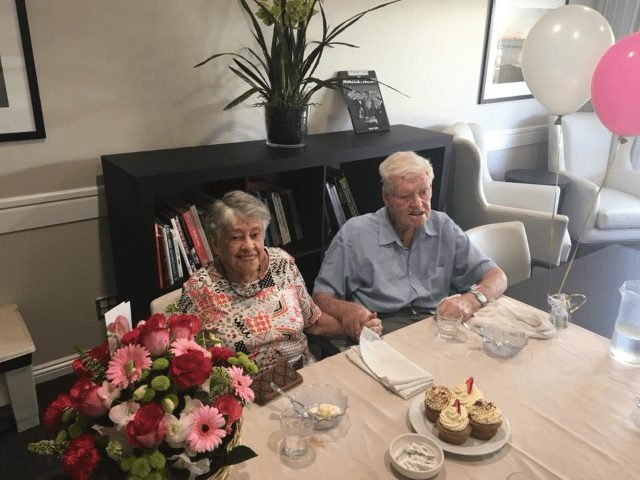 A lot of loving

Jim and Betty, who are from the Kanwal Community, celebrated their 70th wedding anniversary earlier in the year.

They were delighted to receive a number of congratulatory letters, not only from friends and family but also the Queen, Governor General, Prime Minister, the Premier of New South Wales and various local members.

Jim can remember the first time that he ever lay his eyes on Betty when she was just five years old. Betty and her sister Pam were enjoying a seaside holiday at Manly when Jim and his family were invited over for the day. Jim, being a mature eight-year-old, showed off his driving skills at the Manly Pier by barging his way around in the dodgem cars. Poor Betty was his passenger!

It mustn’t have traumatised her too much as when they met later as adults at Jim’s 21st birthday party they hit it off. Soon after, their friendship lead into a courtship.

During the war, Jim was a wireless signals operator and was stationed in Darwin during the Japanese bombing raids. During this time, Betty worked as a nurse at the Prince Henry Hospital in La Perouse.

Time together was precious and they would make the most of any service leave while Jim was stationed at Nowra airbase by going to the movies, dancing, dinner or simply holding hands.

There wasn’t too much dining out in those days but Betty recalls sharing a dinner at Wolfs Restaurant where their lobster salad cost two shillings and sixpence – the equivalent of 25 cents in decimal currency. Now that’s great value!

After the war was over, Jim got a job at the Department of Lands. In 1948, when Betty finished her nursing training, they got married at the Glenn Innes Methodist Church. Jim and Betty remember their wedding day as ‘a real country wedding, full of joy, love and merriment.’

‘We had so much fun that we were reluctant to leave the reception to go on our honeymoon,’ Betty said. She added, chuckling, ‘I’m glad we did.’

Their first home together as a married couple was in Forbes. They had several moves around New South Wales after that due to Jim’s career. Often their posting was accompanied by flooding, which they experienced in Forbes, Maitland, Grafton and Moree.

Jim and Betty’s family has increased from their two sons to include daughters-in-law, six grandchildren and seven (soon to be eight) great grandchildren.

When asked what the secret is to being happily married for 70 years, they responded that good communication is key.

‘Don’t go to bed angry at each other,’ Betty advises. 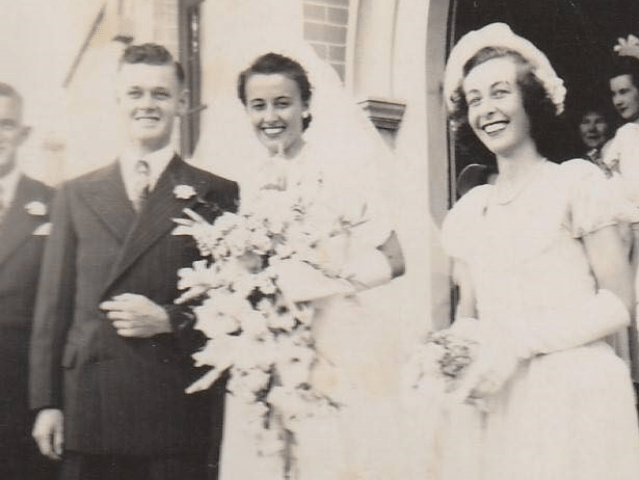