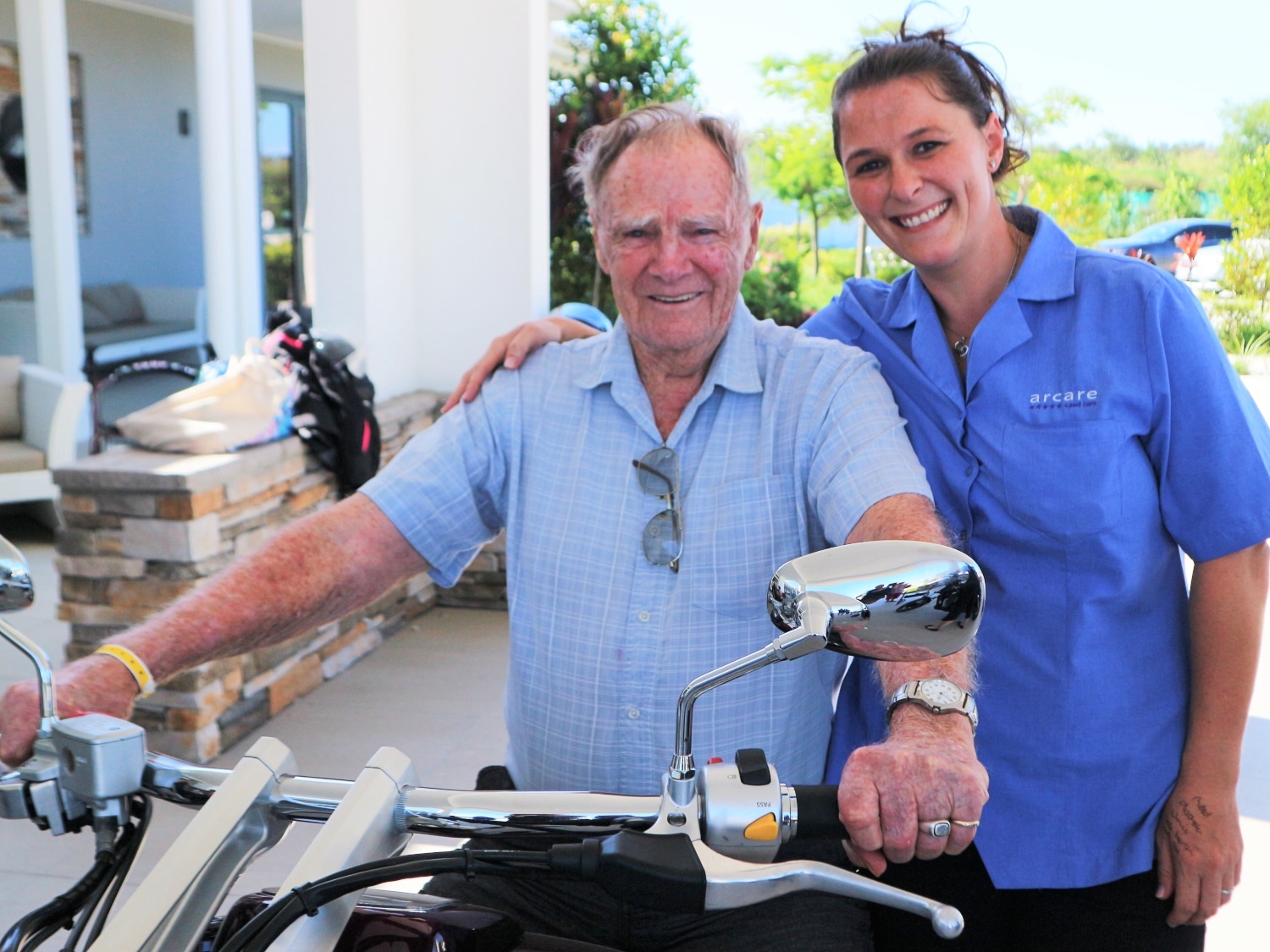 A motorcycle ride to the past with Ally, Tahani and Daniel at Arcare Pimpama

Team members Ally and Tahani brought in their epic motorcycles for a ride to the past with residents at Arcare Pimpama.

Parked out the front of our residence, the sound of the motorcycles starting up drew a crowd of residents and team members.

Residents took turns sitting on the bike and pretending to ride it as their photos were taken.

But it was resident Daniel who was particularly touched as he used to ride motorcycles in his younger days.

Sitting on Ally and Tahani’s motorcycle brought back a lot of memories for him and getting onto the bike was like taking a ride to the past.

As he chatted more to them about his years on a motorcycle, Daniel started tearing up as he remembered going for rides with his mates.

Resident June was also having a great time admiring the beauty of the bikes and she shared with us that she used to go for rides with her husband and a big group of friends.

“Manty of us used to ride motorcycles because who could afford cars then?” June said.

Tahani and Ally are looking forward to bringing their motorcycles in for the residents again. 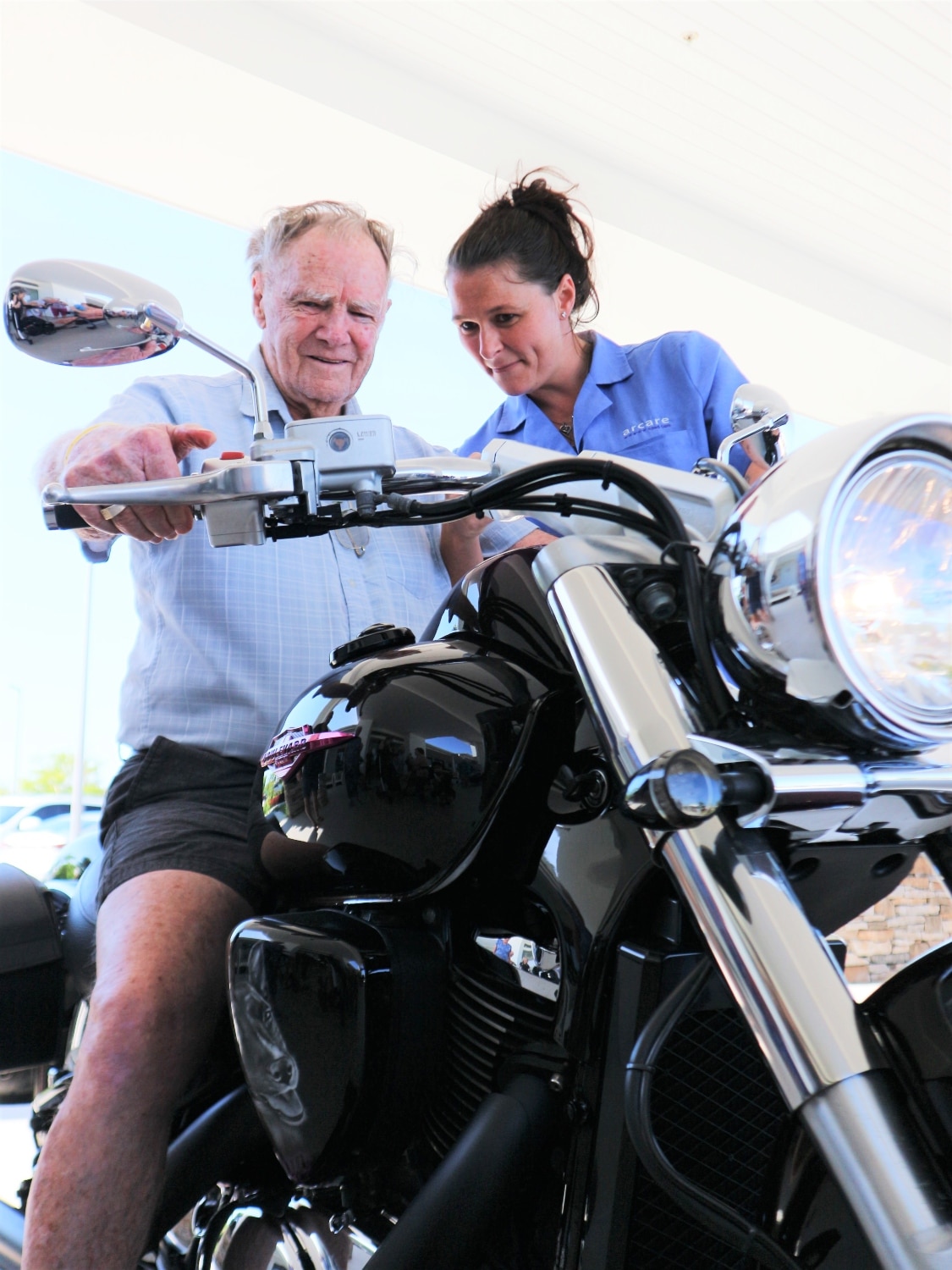 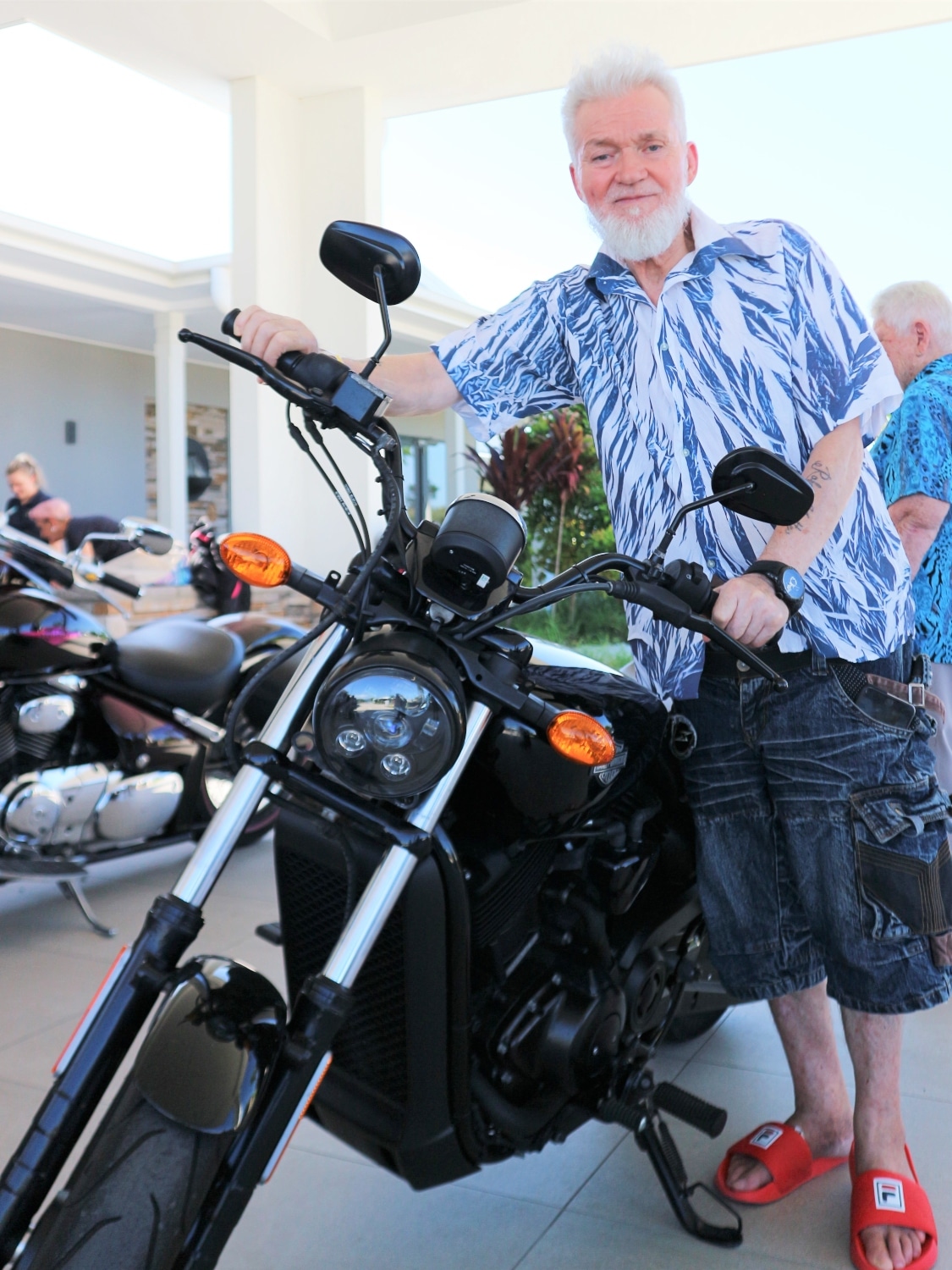 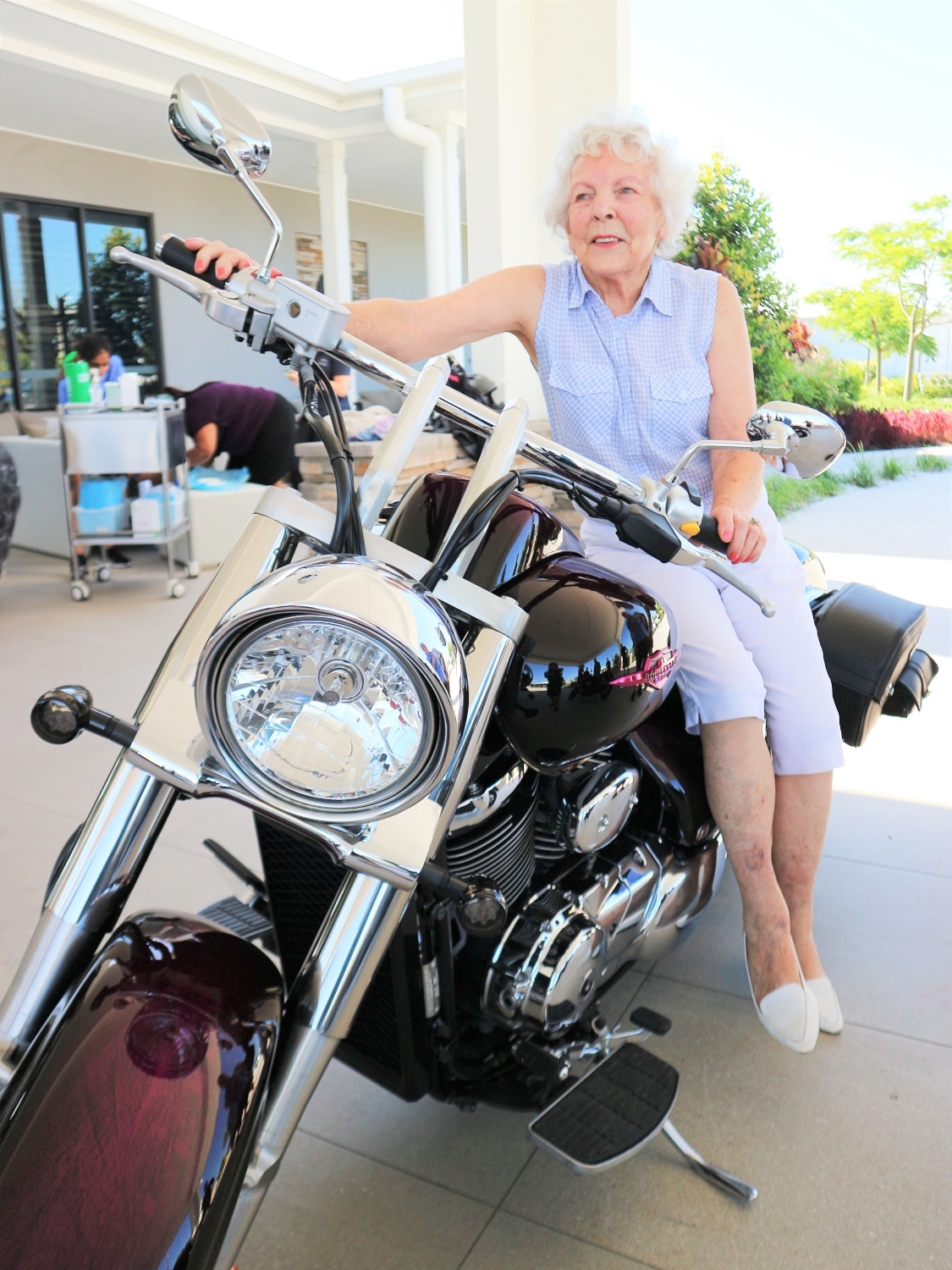 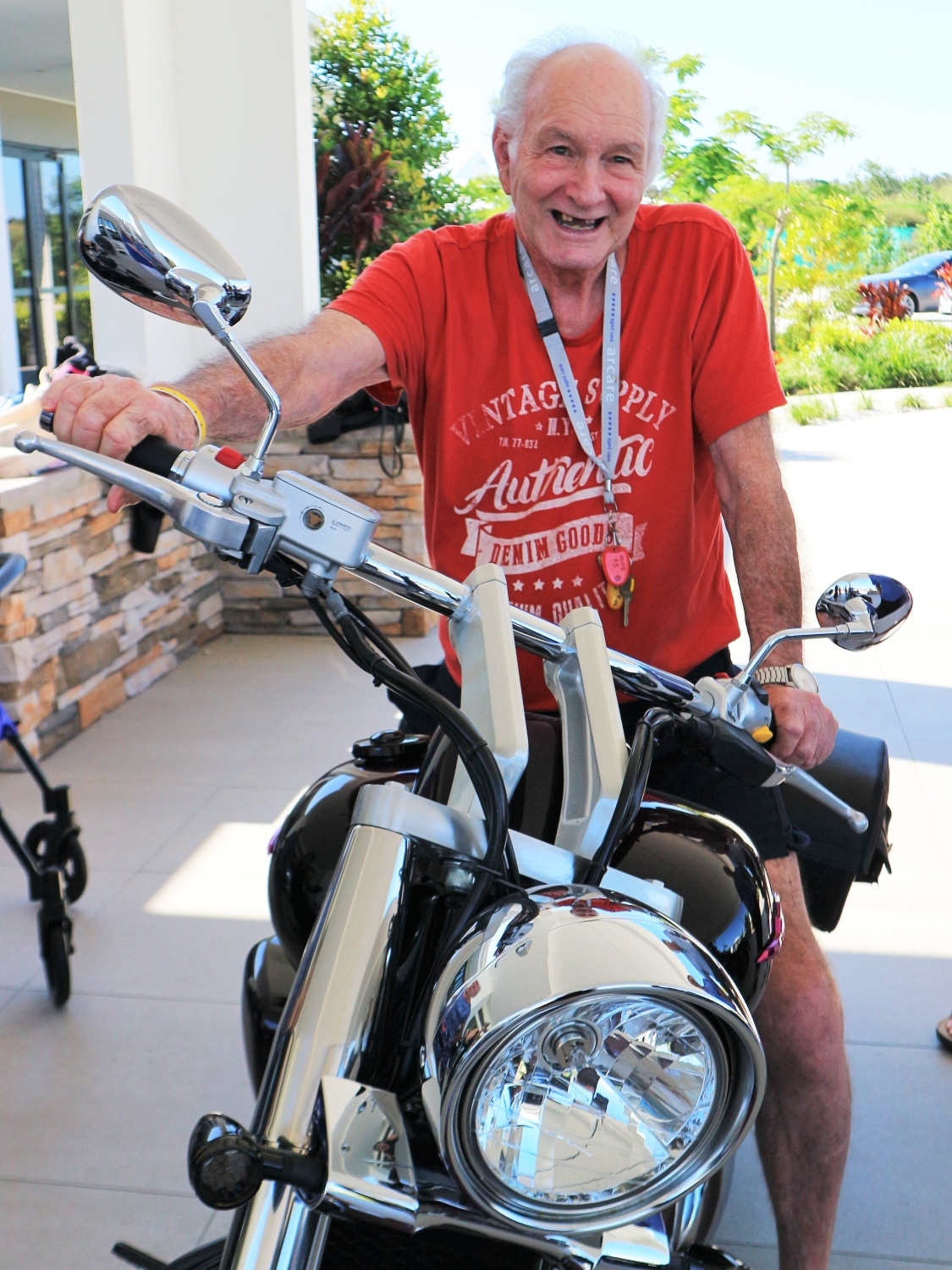 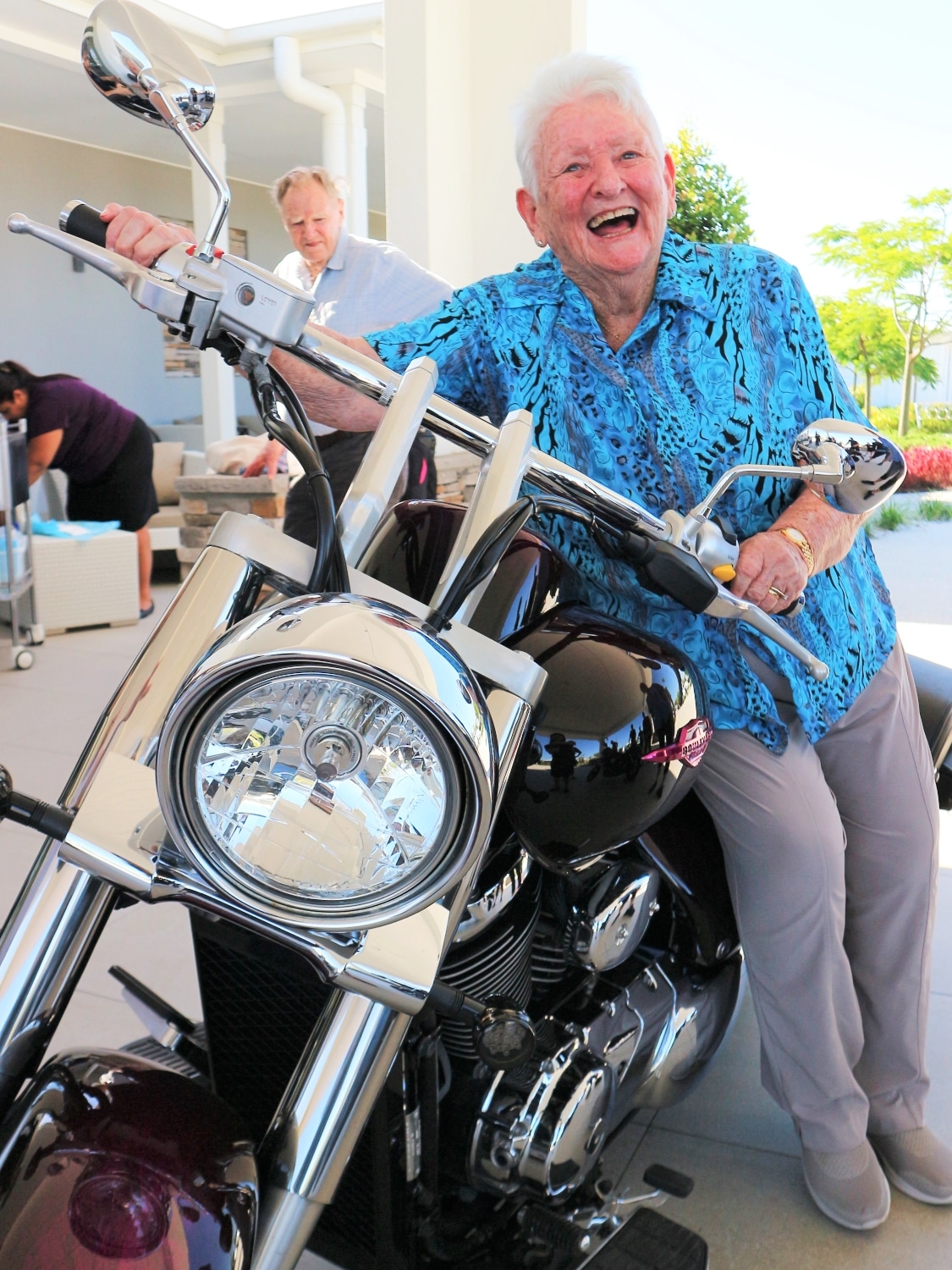 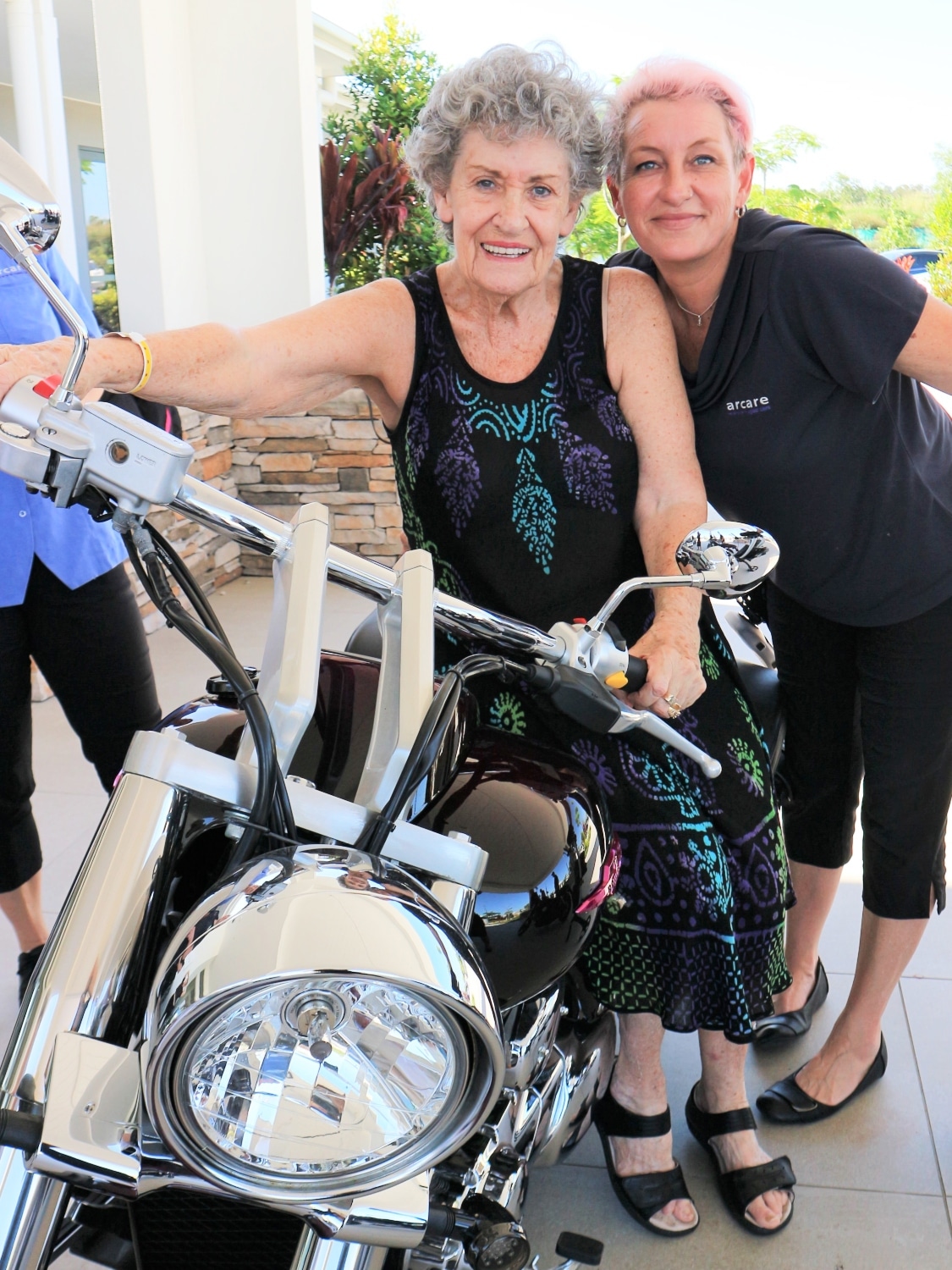