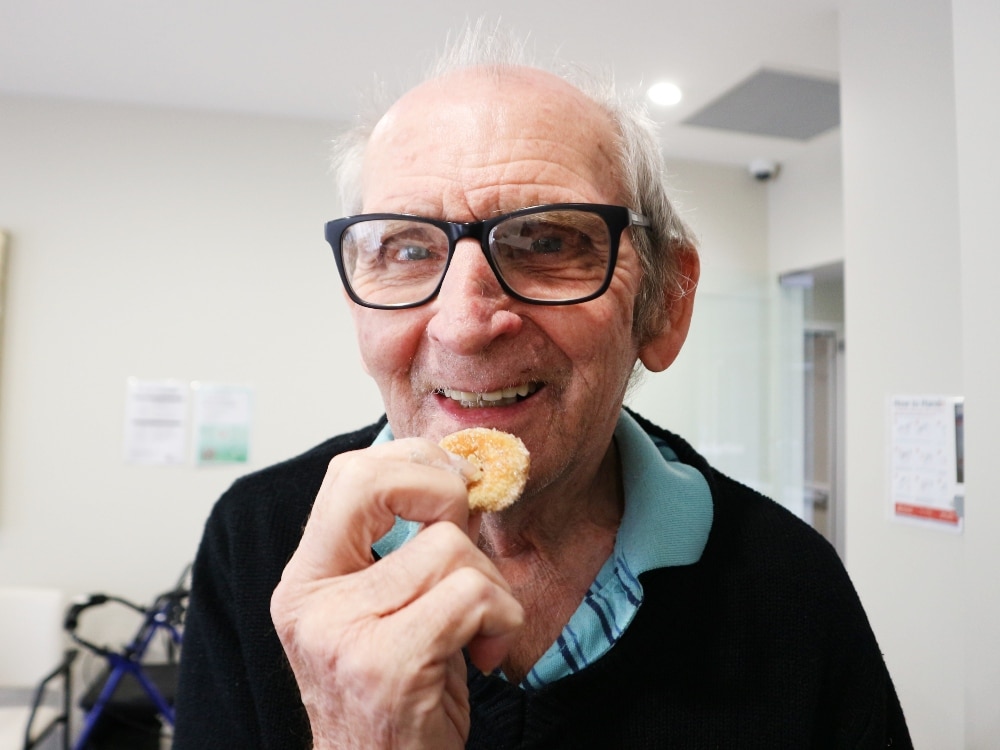 The Men’s Group in our Arcare Kanwal community enjoyed an afternoon of beer and freshly made donuts.

The Kitchen team had whipped up some donut batter, along with melted butter and a cinnamon and sugar mixture.

The men gathered in the activity room and it was not long before the smell of donuts attracted more residents and team members.

Residents Graham and Ron volunteered to take charge of making the donuts and they were quick to pick up the steps and start a production line.

Soon, they were pouring the batter, brushing the donuts with butter, coating it with sugar and serving freshly made donuts to other residents.

“I’ve never cooked in my life, but this is good,” Ron shared.

The Men’s Group at Arcare Kanwal is run by Lifestyle Assistant Adam and it has been very popular among the male residents.

“We invite men from all communities and try to get them involved. They have really gotten to know each other well,” Adam said.

While the donuts were cooking, the men were constantly making jokes and bantering with one another.

Besides experimenting with cooking, the men also play darts, go out fishing and are even planning to restore some furniture together. 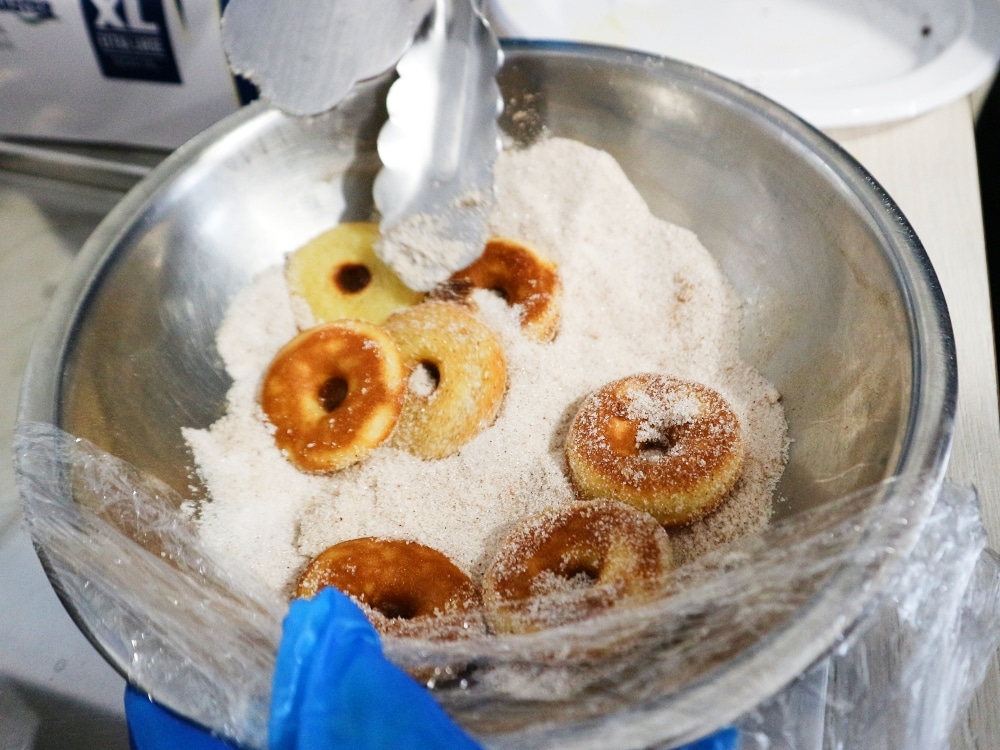 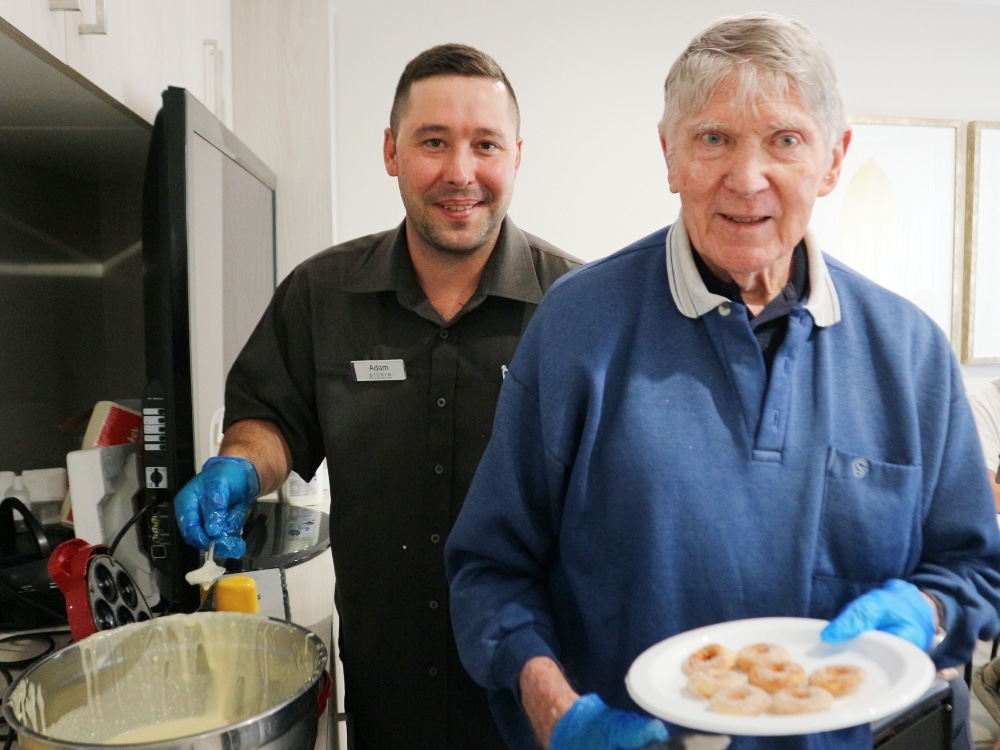