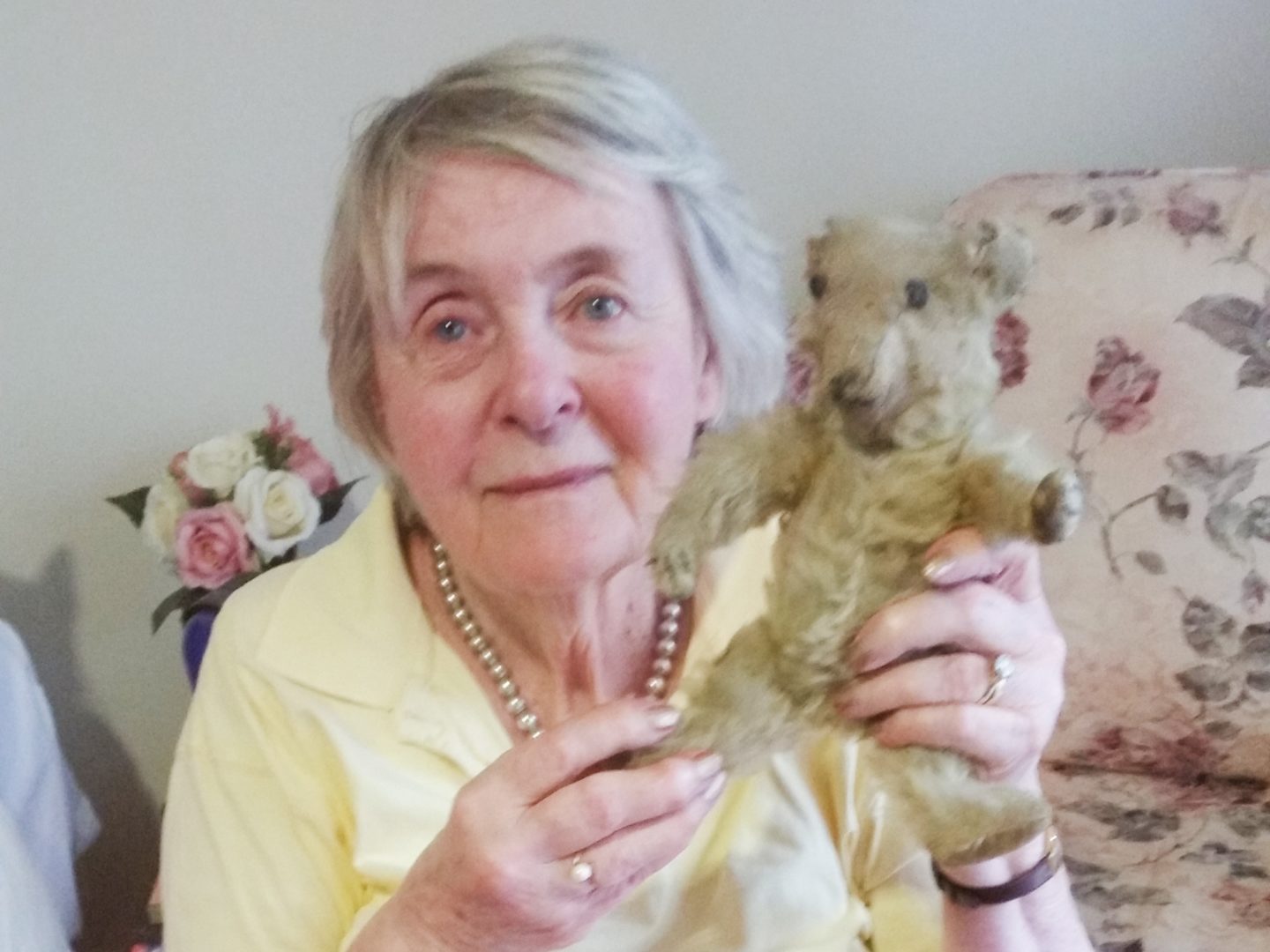 The friendship between Ann and her teddy named Chubby

Ann’s teddy bear named Chubby means the world to her, after being together for over four decades since World War II.

Ann is now 83 years young and she shares her story of courage and survival with Lifestyle Co-ordinator Kate at Arcare Helensvale.

During World War II, Ann recalls a time when she and her family needed to evacuate their house.

They quickly headed into their backyard and went down into their musty air raid shelter.

In this whole ordeal, Ann’s constant friend and companion was her tiny teddy bear named ‘Chubby’.

Chubby has survived through the coming years and has been by her side as her constant companion ever since.

He may be missing one ear, thanks to one of Ann’s cheeky dogs, but he still sits majestically on the sideboard in her suite.

Some friendships last forever and the one between Ann and Chubby proves just that.