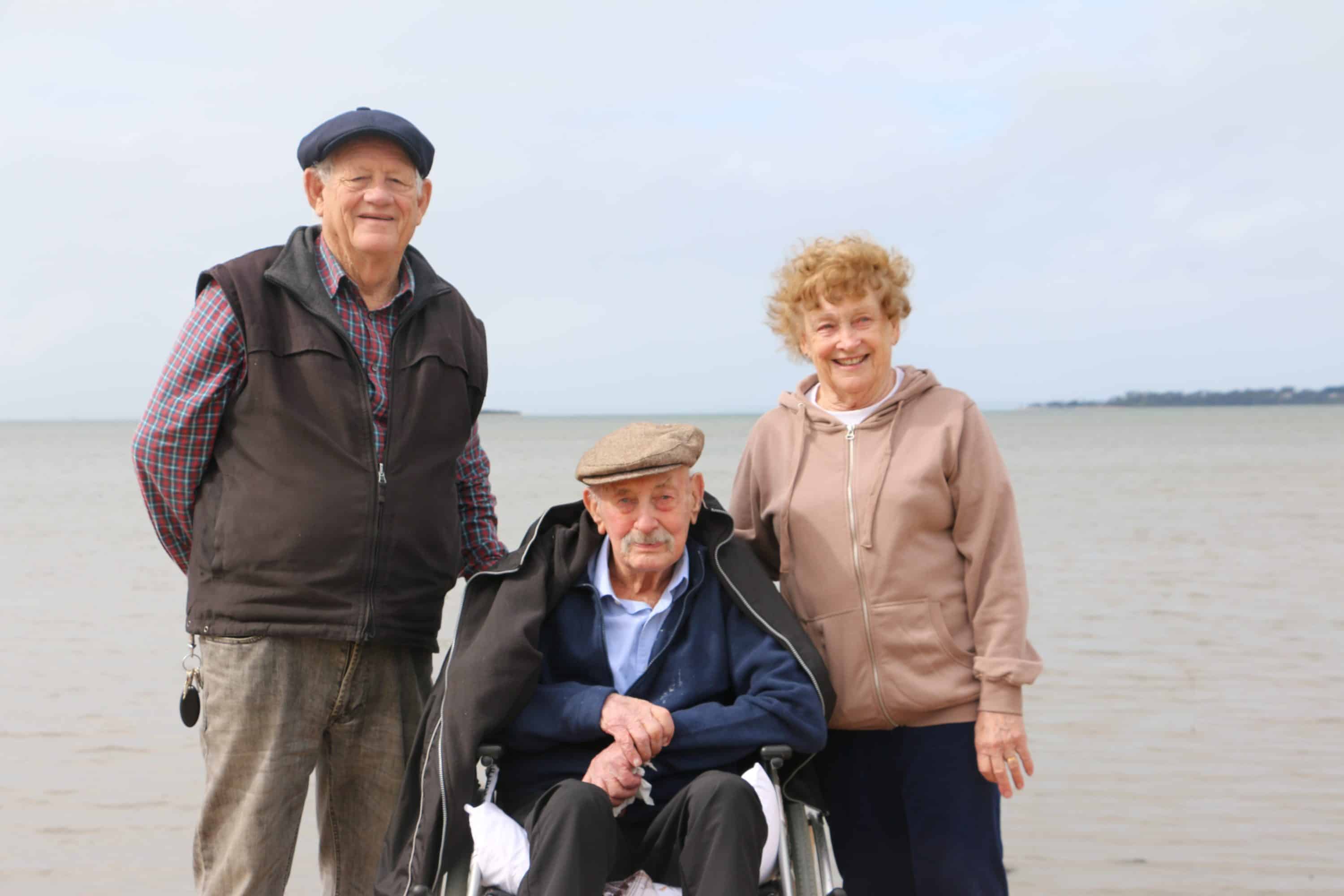 Venturing to Wynnum Esplanade, Harold enjoyed cake and fish and chips surrounded by long-time friends Colin, his wife Pat, their family and fellow residents at Arcare. 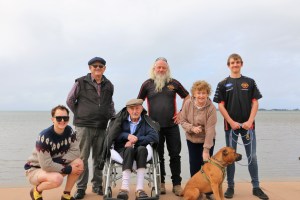 “It was an honour to help organise this celebration for Harold’s 102nd birthday with his best friend and family. I am very grateful to be a part of such a significant day for him,” Lifestyle Coordinator Mary said.

Harold and his wife who has now passed away, met Colin and Pat in 1966 and they became their adopted aunt, uncle, godparents and grandparents to Colin’s family. They have celebrated every special occasion together and Colin shared with us that, “they were both our rock.” 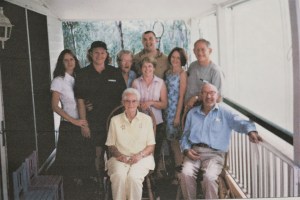 He also mentioned that Harold and his wife greatly influenced their children’s values, with Colin and Pat’s eldest grandson now serving in the Army, following in Harold’s footsteps. Their grandson also came to Arcare Slacks Creek this year to help commemorate ANZAC Day with the residents.

Harold served in the Royal Navy as a young man and was involved in the Pursuit of the Bismarck in World War II. He served in many theatres of the war including The Siege of Malta.

After WWII, he re-enlisted for twelve years and joined the Fleet Air Arm, where he became Captain of the flight deck on the HMS Albion. During The Suez Campaign, Harold was a recipient of the B.E.M. (British Empire medal) which is a British medal awarded for meritorious civil or military service worthy of recognition by the Crown. 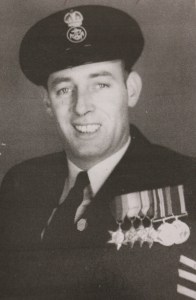 “We owe Harold and Ivy more than we can repay; we are so proud that he is 102 years young. Thank you Harry, for all the years!” Colin said. 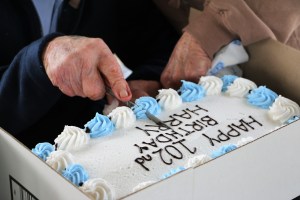