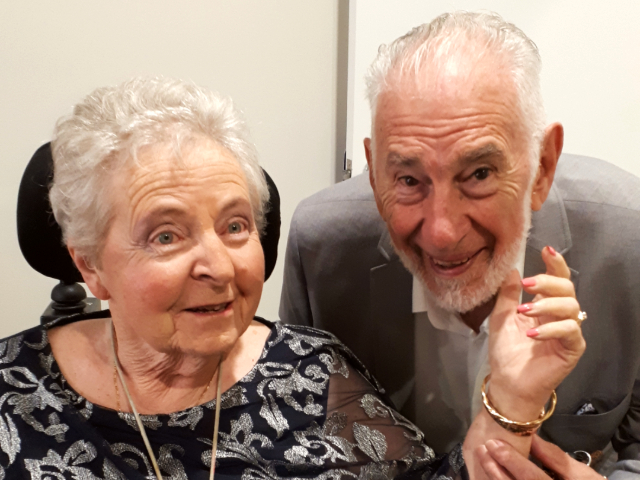 To celebrate the milestone, the couple had planned a romantic trip down to Sorrento, where they would also be attending a family wedding.

In preparation for the day, client, Lyn and the lifestyle coordinator, Nickie did a trial run of Beryl’s makeup, as Beryl wanted to ensure that she looked her best. Lyn and Nickie both joked that they would be Beryl’s anniversary glam squad.

When the day finally came around, Nickie ensured that she came into work early enough to help Beryl with her makeup, and Lyn set her alarm, so she could also get up in time to assist.

Beryl was excited, but nervous, as she has the important role of being the Maid of Honour at the wedding in Sorrento.

After the makeover, Beryl’s husband, Joe popped in to say ‘Happy Anniversary’ and to mention how beautiful she looked. Joe also gifted Beryl a gorgeous jeweled necklace for their anniversary.

Joe gave Beryl a kiss, before he escorted her to their waiting car, which was driving them to travel to Sorrento for the day. 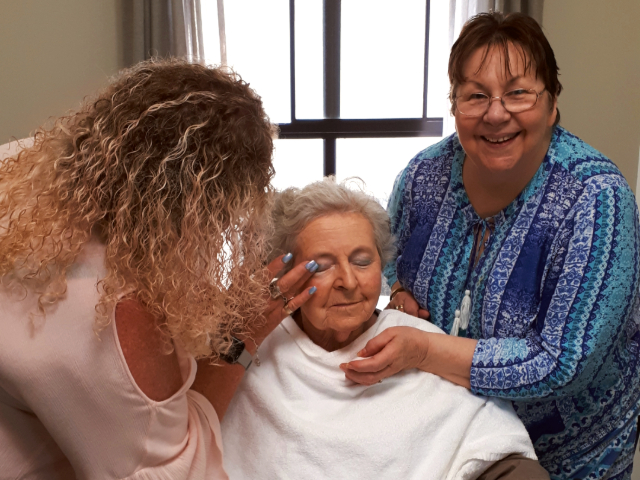