Arcare Nirvana resident, Claudio was born and grew up in Chile. In 1960, Claudio founded the scout movement in his hometown of Coquimbo.

Claudio started the group by asking local teenagers in his neighbourhood if they’d like to get together and be in a scout group. Claudio was the leader and one of the local families offered a large room in their house as the scout hall, where Claudio could run weekly scout activities such as orienteering and learning to tie rope knots . Claudio stayed as Head Leader of this scouting movement for over 11 years, and in 1971 when he left Chile to come to Australia, the group had been build up to around 105 members.

This year the scout movement is celebrating their 60th anniversary and is still going strong, with 10 – 12 scout groups operating per week.

To mark this 60th milestone of the scout group, a virtual anniversary meeting was to be held, where Claudio was the guest of honour. Ordinarily this milestone would have been a face to face meeting in Chile, however due to COVID19 they were unable to host this gathering and instead it was held on Zoom.Claudio was able to attend the milestone zoom meeting from the comfort of his suite at Arcare Nirvana.

“It was so wonderful, amazing to be able to see my old colleagues. They were all at the meeting, some even wore their scout uniforms.” Claudio said. 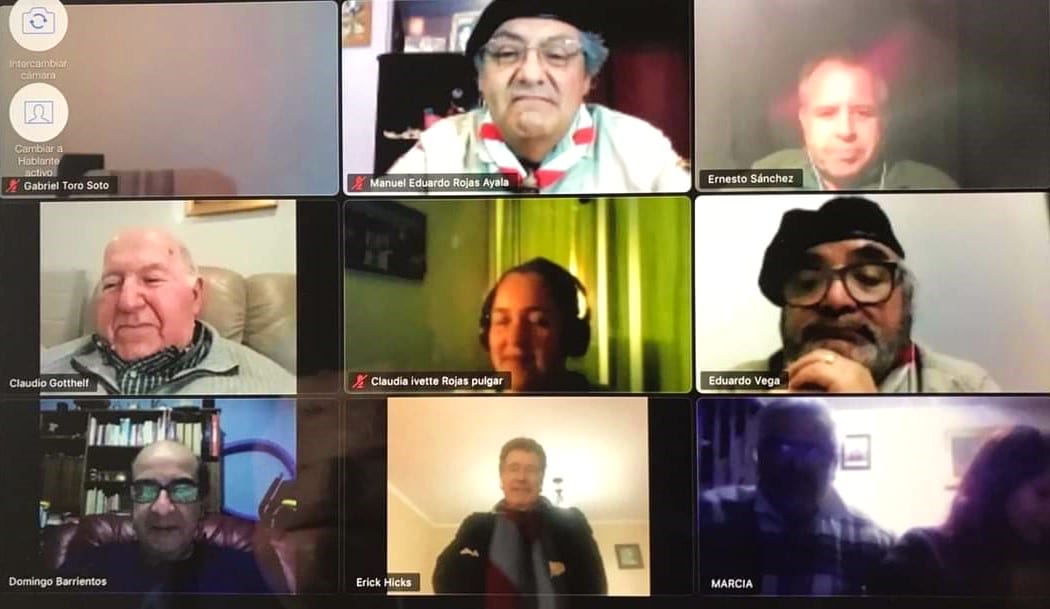