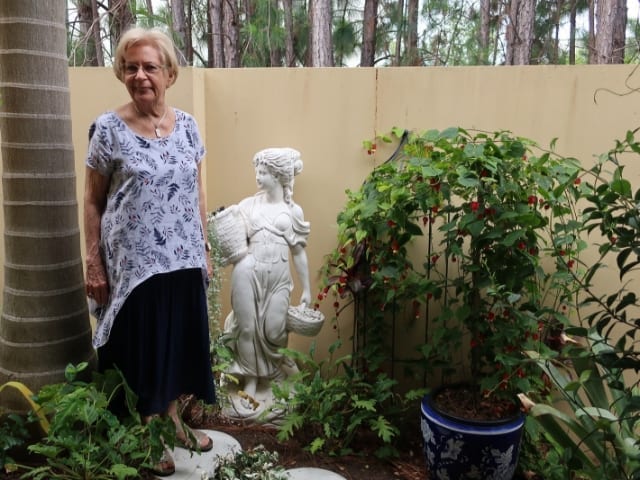 Joen has lived a rich and colourful life and that continues in her new stage of life at Arcare Sanctuary Manors.

As an interior designer Joen was responsible for managing many big contracts including the Queensland Government.

Joen held that contract for many years and picked the curtains and carpets for many government buildings.

You can see Joen’s sense of style, flair and individuality shine through from the minute you step into her suite.

Colourful paintings and stylish artefacts are thoughtfully placed on the walls and shelves.

She carefully describes each piece, many of which are by famous Australian artist David Hart.

“I guess you could call me a Hart girl,” Joen laughs.

One collection tells the story of Waltzing Matilda, another is a lovely portrait of colourful vase of flowers.

One of the most striking pieces is a statue of a dog that looks as if he has been caught in a rainbow shower.

This is one of Joen’s favourite pieces as she loves animals and has a strong connection with furry friends.

Joen can often be found out in her courtyard spending time tending to the garden or leaving a small treat for the passing birds.

Joen’s family carefully tended to her garden when she first moved in a few months ago placing beautiful pots, plants and statues in the space.

Joen’s garden has attracted a number of visitors including a variety of birds and butterflies.

She says that the birds often call out to her, whether it is to say thanks for the food or just to let her know that they are there she isn’t too sure.

Joen’s love of animals has been a feature throughout her life and in her younger years she also trained equestrian horses.

These days the animal she spends the most time with is a puppy named Charlie or Mr C as he is fondly called.

Charlie comes and visits on most days and Joen lights up as she explains how excited he is to see his grandma!

In her time at Arcare Sanctuary Manors, Joan has also made many friends and can often be found participating in activites or kicking up her heels! 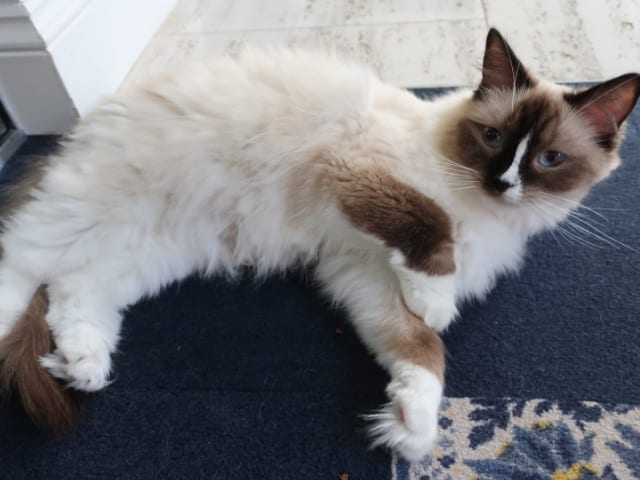