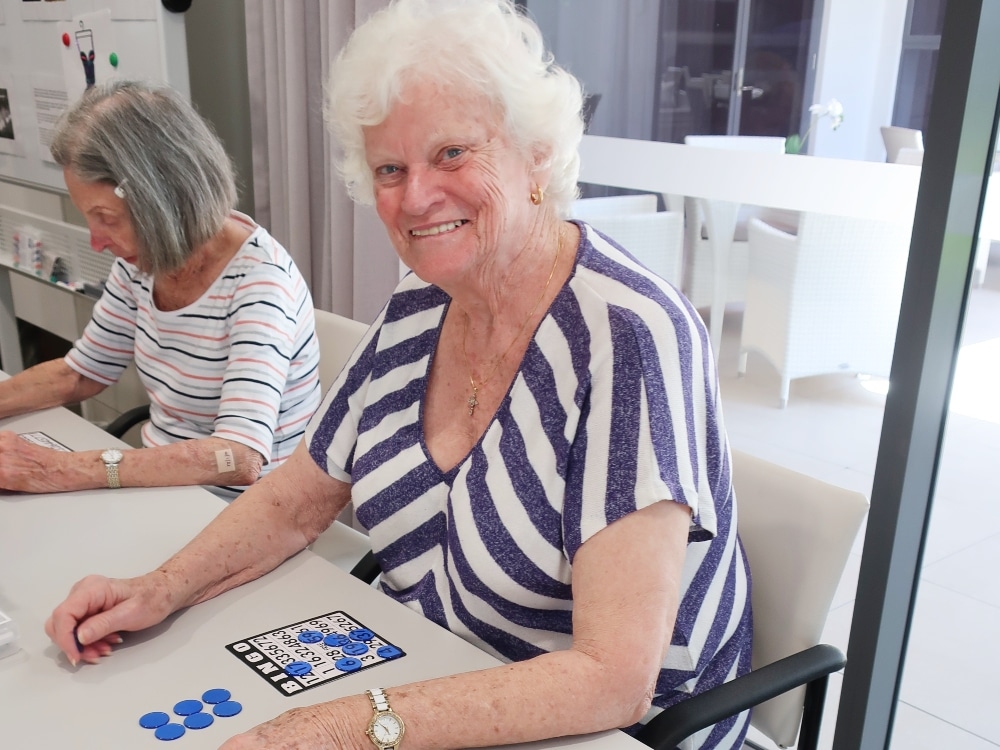 Since opening in August 2020, our community at Arcare Seven Hills recently held our first session bingo after seeing a number of residents move in.

Previous bingo sessions were organised, however the residents were not interested in playing.

After much encouragement from friends, families and team members, we were finally able to get a group of residents together for a round of bingo.

Lifestyle Co-ordinator Courtney had specially bought bingo sets for them in anticipation of their first game.

And as it turns out, the residents loved it so much that they stayed on to play and run it by themselves.

Bob was especially enthusiastic about calling bingo and playing again.

‘We have to do this every day; it was awesome!’ Bob said.

Bob took his role very seriously and even requested for Enrolled Nurse Renee to print out the rhyming calls that go with the game.

Even though they were initially hesitant to give bingo a go, they stepped out of their comfort zones and in the end, they had a lot of fun playing bingo together.

Here’s to the many more games of bingo at Arcare Seven Hills!