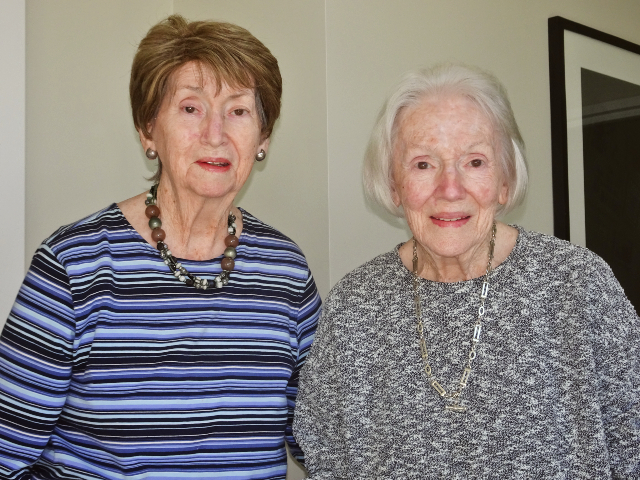 Daphne and Beryl are sisters, they have been inseparable since they were born and they are inseparable now.

At Arcare Taigum, they have rooms next door to each other. The sisters were keen businesswomen and were involved in the family business with their father.

Their grandfather was a saddler and Daphne showed a keen interest in learning the craft. Daphne became an accomplished stitcher and made saddles and bridles.

The family owned a racehorse called Charlton Boy who was very successful.

Later, Daphne opened her own ladies clothing boutique in Brisbane. Daphne designed and made patterns and employed 5 ladies who made the clothes.

A few years later, their father Arthur opened a shoe manufacturing company. Daphne and Beryl both continued to work in the family business.

Daphne was in the factory, designing sandals and managing production and Beryl was involved in the sales and administration.

Their father was badly injured in a car accident and Beryl and Daphne managed the business for 6 months on their own, whilst Arthur recovered.

The sisters proved themselves to be extremely capable in a male dominated world. Beryl recalls while they were managing the business during their father’s recovery, a man came into the office and demanded to speak to the manager. Beryl said “That would be me!” the man replied “No, I mean the real manager.” Beryl confidently replied, “Yes, that is me, how can I assist?”

The sisters were also big socialites and started a group called the 1st Nighters, entertaining actors and performers from the theatre. Beryl and Daphne travelled to Kenya and Tanzania and used to play the guitar.

The sisters have now settled in comfortably at Arcare Taigum and continue to be the social butterflies that they are. 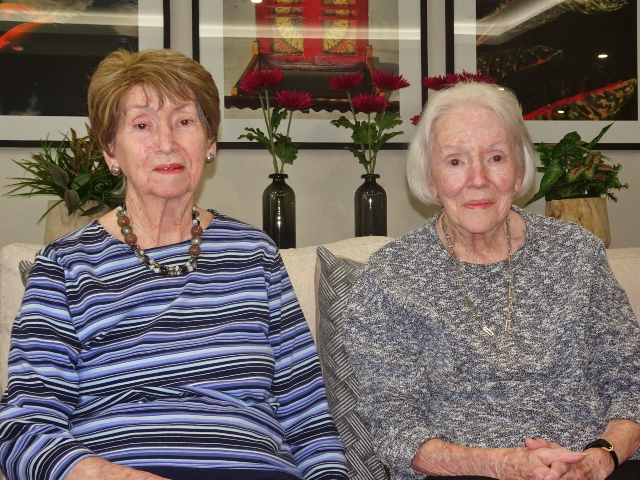