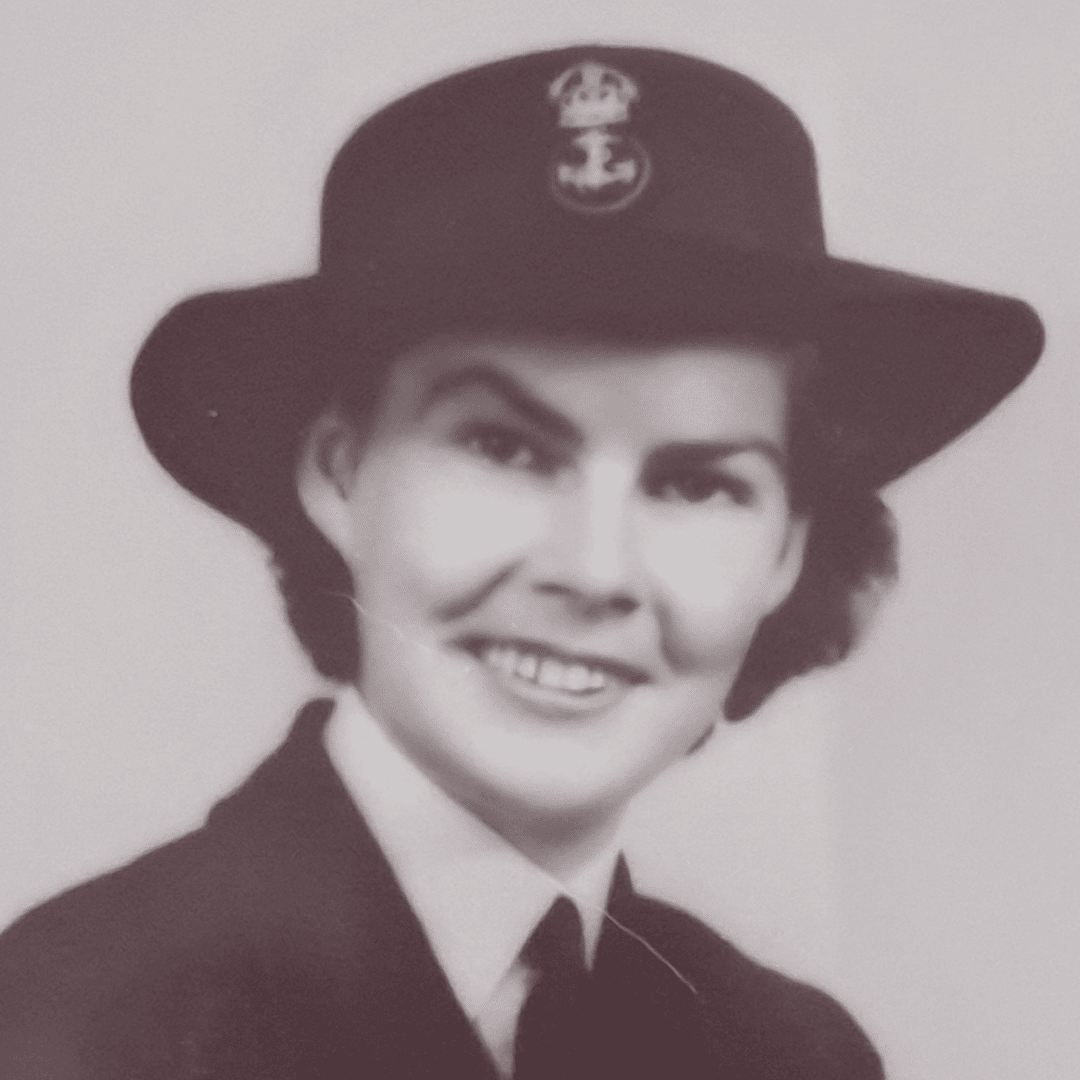 “During her childhood, my mother, Isobel Raynor’s father became a minister and for some years, the family lived in a number of little towns around eastern Australia, where he worked as a curate.

During WW2, she joined the Australian Navy, where she met my father, Ron Jones, who was an engineer in the RAAF working on the development of radar. He was stationed in Bairnsdale where Mum’s mother and father (by then headmaster of the local anglican girls’ college) lived in the manse. Mum’s mother used to play the piano for the airmen to sing along to and this is how they met.

They married, and, after the war, my father returned to the University of Queensland to finish his degree in Engineering and then to a job with the State Electricity Association.

In 1956, the couple, now with three children, moved down to Box Hill North in Melbourne. Seven years later, Raynor, who had worked as a bank teller before the war, since Grade 10, applied for a position as an admissions clerk in Box Hill Hospital. Several years later she was promoted to the front office to work in the Accounts Department, finally becoming the chief accountant.

Mum and Dad always loved sports of all kinds so we kids grew up very fit and healthy. They also loved taking us out camping, fishing and swimming in local creeks and rivers during the school holidays, and, as a result, we were able to see many parts of Australia.

Once the family had gone to follow their own pathways, Mum did a pottery course and for some years was a talented potter, producing a wide range of beautiful and creative pieces. Finding there was a limit to the amount of pottery one can house or give away, she then completed a course in horticulture, having had a life long interest in native plants.

In 1980, she and Ron bought a small 17 acre property in the hills south west of Morayfield where they built a comfortable home for their retirement. They called the property ‘Wirilda’. The intention was to grow fruit trees to provide mangoes, paw paws and other produce for themselves and for sale locally. They were magic days for the rest of the family until Ron was diagnosed with a brain tumour. Raynor and the family were devastated when he died in late 1993.

It is strange how sometimes life turns in circles, but a lifelong friend of theirs, Ken Dawson, who had been a good friend of Ron’s during the war and had actually introduced Ron to Raynor, lost his wife around the same time. After seeing each other socially for a couple of years, they decided to marry. It broke Raynor’s heart to sell ‘Wirilda’, however, she and Ken lived very happily in a retirement village at Buderim for 17 years until Ken needed to be cared for in an aged care facility.

Since then, Raynor lived with her daughter, Judith, for a year and then moved into Arcare where she has been ever since.”