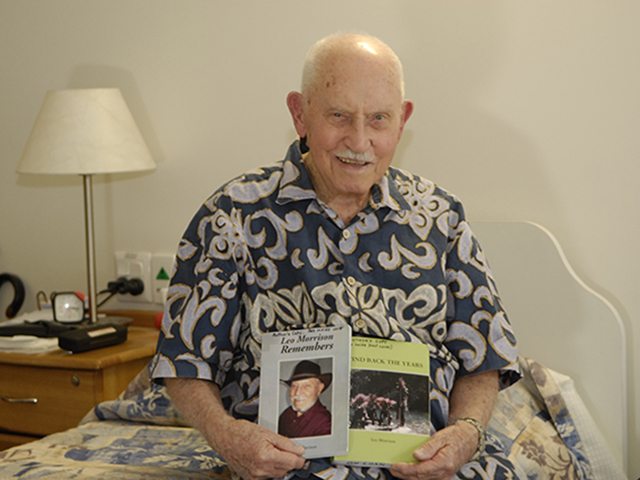 From New Guinea to Lapland and beyond

After hiding out in a cinema all day to escape the accusations of being a deserter, Leo Morrison vowed never again to mix his Army and Navy gear in public; well not in Sydney at least where the local citizens and military police had a hard time figuring out exactly what to make of the chap in the army shirt, navy armband, shorts, cavalry leggings and slouch hat.

‘They must have thought I was from another planet’ recalls Leo. ‘Which, funnily enough, is exactly how I felt many years later when I arrived in New Guinea to begin my teaching duties.’

After a stint in the Royal Australian Navy that involved being attacked by the first wave of Japanese suicide planes and witnessing the HMAS Hobart being torpedoed in New Hebrides, (or Vanuatu as it’s known as today), Leo was yet to embark on his greatest adventure.

Joan Philp and Leo Morrison met in central Queensland during the war in early 1942. Both teachers, they married in 1945 when Leo returned home from service in the Navy.

To ‘get out of the poverty trap’ of teaching, in 1955 Leo applied to the Department of External Affairs to be an Education Officer in New Guinea. So determined was he to provide a better life for his growing family, that not even the ridiculous interview questions would deter him.

‘I recall sitting in the interview room and nearly falling off my chair when the interviewer asked if I was ‘repelled by the touch of a black hand?’’

With three kids already under their belt – Peter, Juliet and Philip – in 1956 Leo and Joan headed off to New Guinea, where they were greeted by the sight of prisoners on either side of a dirt road slashing grass with 1.5m long flat pieces of iron, filthy rags wrapped around the bases as handles.

Outside of Rabaul in Kerevat, Leo’s new pupils ranged in age from 14 to 40 years old, with one of the students not only older than his teacher, but also fathering more children!

‘Most of the natives had three names: their birth name, a missionary name and a secret name, so you can imagine how challenging marking papers became’ he laments.

Despite the three to four earthquakes per week, the students managed to build their own dorms and classrooms. They also grew and cooked their own food. ‘Because the students were so busy we organised the classes around the work, supervising the tasks and incorporating the lesson into it. Maths for example would revolve around weighing seeds and grain’ says Leo.

To get the students to class on time each morning Leo hopped on his bike a rode into through the student’s dormitory, exiting via the other end. ‘I always had to ride through twice as they’d go back to bed after I’d left the first time around.’

One evening while at home looking after the kids, Leo noticed a light flicker on at the hospital up the road. With Joan the only patient there, and no doctor anywhere to be found, he knew something was up.

‘When I arrived at the theatre the nurse thrust the unwashed baby into my hands while she attended to Joan’ remembers Leo. ‘And that’s how I welcomed young Richard into the world.’

Joan always wanted to return to Australia when the children were ready for boarding school, so in 1964, four years after the natives were allowed into bars, and five years after the arrival of their youngest son Nigel; Leo and Joan returned to Australia.

‘While in Lapland in 1982 I saw the most modern supermarket ever. The entrance had these polished chrome gates which opened automatically; it looked like a spaceship.

While admiring this other-worldly spectacle, a short stocky Sami fellow walked to the entrance of the supermarket and tied up his two working dogs. Keen to see a sled in real life, I waited patiently in the cold for him to exit.

After finishing his shopping the gent untied his dogs and walked around the side of the building. I followed him excitedly and couldn’t believe my eyes. He then proceeded to load the dogs and the groceries into the back of the biggest Volvo you’ve ever seen!’

During his retirement Leo threw himself into gardening, selling bonsai hybrids to the local nursery and having his work featured in ‘Garden Scene’ and ‘Daylily Australia’. All the while, Joan continued with her life-long passion of writing.

‘Joan was an absolutely prolific writer’ tells Leo. ‘Always had been, right up until she passed away in 2014.

‘She wrote 12 books, one of which was published, and hundreds of poems. I’m very proud of her literary achievements, as was she.

‘’Share House Blues’ was the novel Joan had published in 1985. The title was influenced by ‘Puberty Blues,’ however her original title for the novel was ‘Pair Bonding and Primates,’ to reflect the main theme of falling in love. Unfortunately the publishers weren’t too keen on this as they felt it was misleading.’

Leo and Joan joined the Arcare Slacks Creek Community together in 2013, with Leo commencing his own writing odyssey not long after.

‘I was resentful initially as I had to sell my car and the house. I realise now that I do get tired so there’s no way I could have continued on as the primary carer for Joan. And besides, with all of the roadworks going on nowadays who’d want to drive?’ he adds.

‘I began writing to keep my brain active, and since 2014 I’ve written one piece per month.

‘I give my hand-written stories to Naz at reception, who happily photocopies them and then sends them on to Juliet to type up.’

Aside from his short stories and poems, Leo has written two autobiographies: ‘Leo Morrison Remembers’ documenting the first 40 years of his life, and ‘Wind Back The Years’ detailing the eight surreal years he spent with his family in New Guinea.

At 92 Leo is still very spritely and gets around with his trusty wheeled-walker, although when he goes out for lunch with Philip he prefers to use one of the canes from his eclectic collection (which at one stage numbered 14). The entire Arcare Slacks Creek Community hopes Leo remains active for as long as possible as they really enjoy reading his witty and insightful prose. 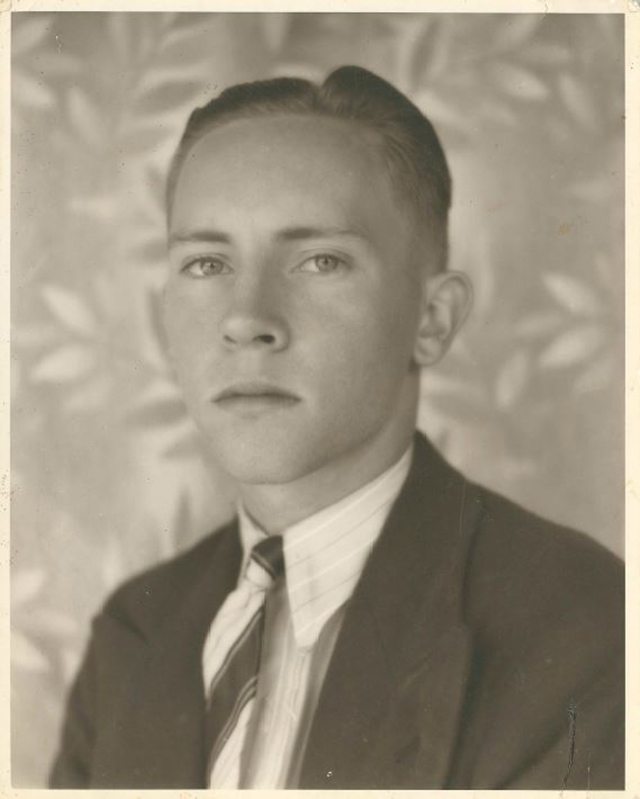