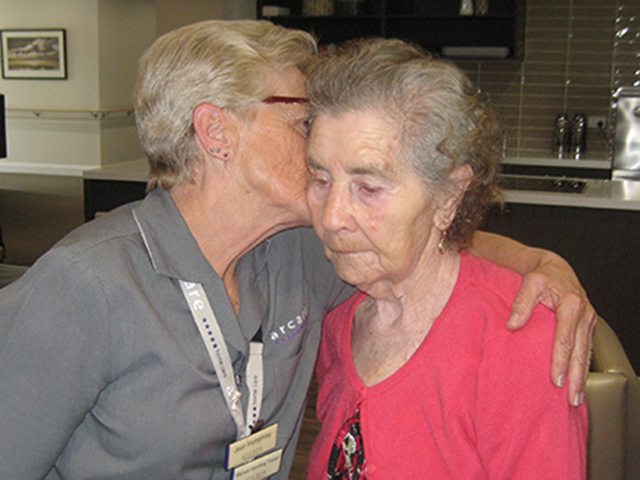 Maria and Jean are often described as being, ‘joined at the hip’. Their close relationship developed when they were the first resident and carer in the new sensitive care unit at Arcare Craigieburn.

Jean fondly remembers how Maria would help to make the beds in the morning. A task Maria took so much effort in doing that Jean said she couldn’t have done better herself.

Things became more interesting for the friends when the first male resident moved into sensitive care. Jean laughs as she remembers how Maria became quite jealous, joking to Jean, ‘you have a boyfriend now?’

This close friendship between not only Maria and Jean but also Maria’s family has only grown through the introduction of Dedicated Staff Assignment.