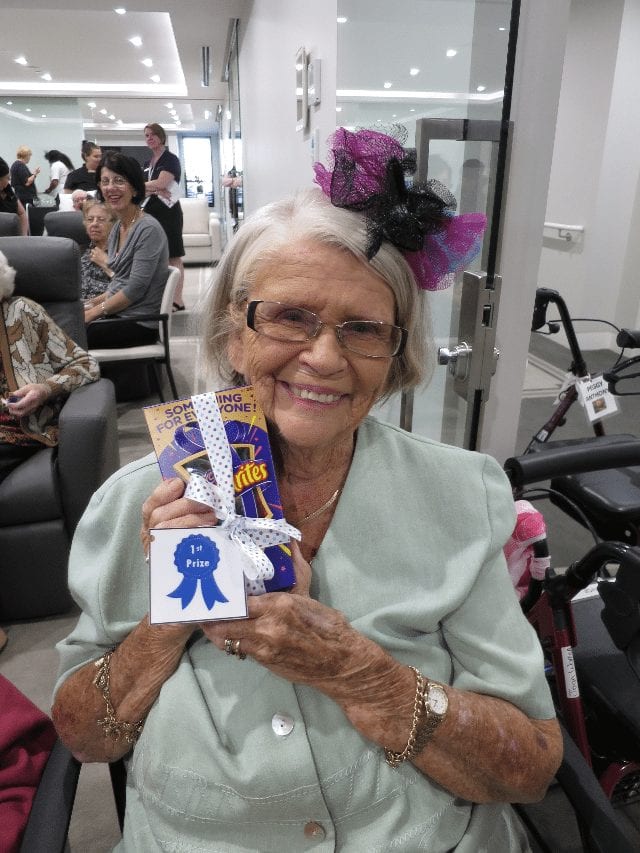 Glenhaven’s first special event was gathering for Melbourne Cup Celebrations, and what a way to the finish line.

The residents at Glenhaven celebrated the iconic day by gathering with family and friends in the cinema to watch the big event on the big TV.

Food and drinks were provided in the afternoon as everyone was chatting about the race and the horses, which built the tension from the start of the race.

The residents all participated in a sweep so they had a horse to cheer on as it came around the track.

The week beforehand, the ladies made their own fascinators in a craft activity which they were proud to wear on the day. Donning these along with brightly coloured outfits as if they were at the races everyone looked fantastic. The ladies especially enjoyed having an excuse to dress up for the occasion.

Everyone was cheering and yelling at the TV and their horses to win.

At the end of the race the winning horses were called out, with the prize winners receiving a box of chocolates. Enid’s horse came first place- she was very excited to explain to everyone that she had never won anything in her life! The moment even brought her to tears as she was so elated that she had finally won something.

Overall it was a fun and exciting afternoon socialising and gathering with family and friends. 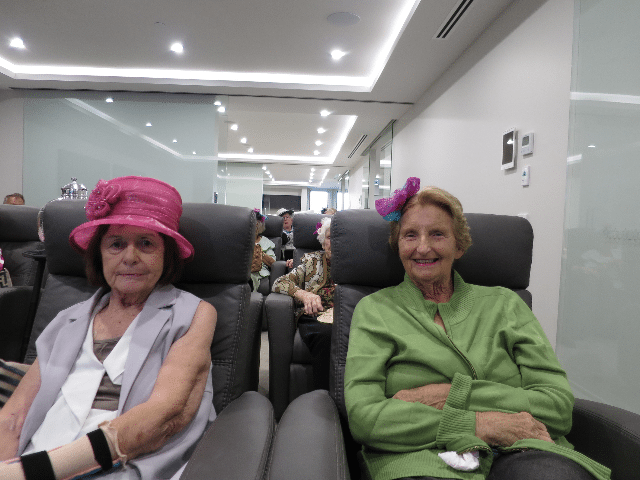 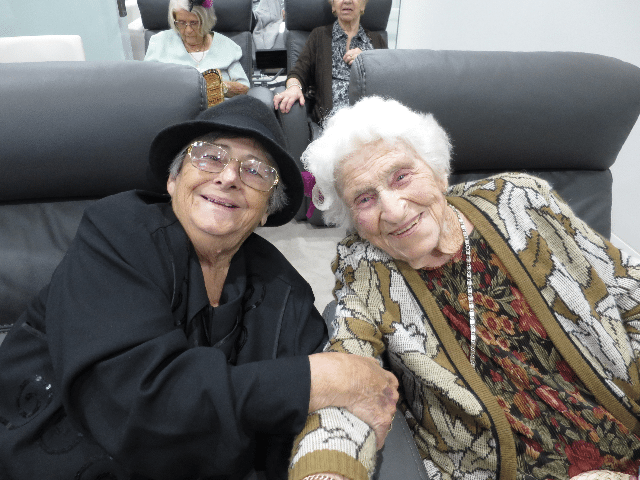 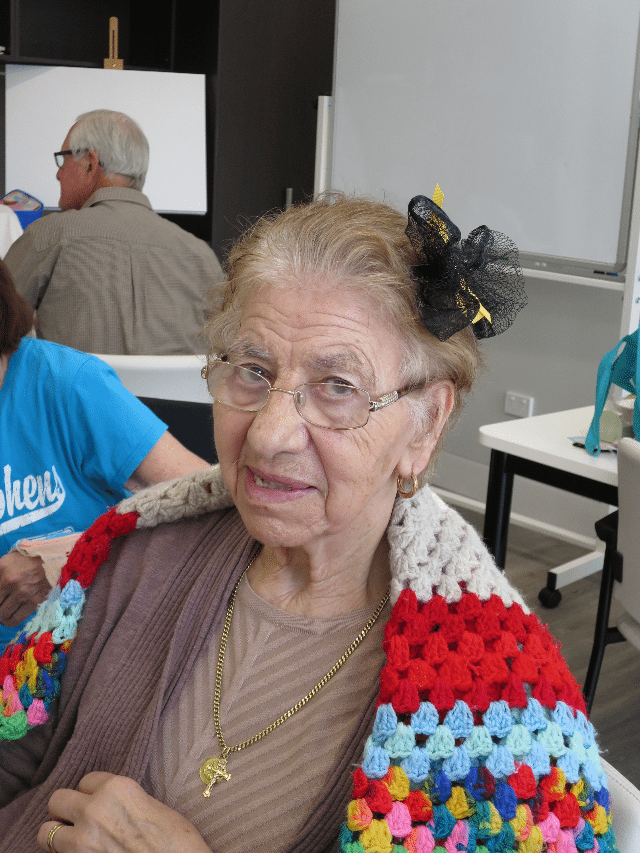 From Olives to Australia

After moving to Australia in 1948, her family started The Monte Carlo Restaurant in Ashfield. It was there that Peggy had her first waitressing job, where she loved meeting new people. So much so that there she met her husband Bill.

Bill and Peggy were married on the 7th December 1951 and had 4 children together: Jim, Harry, George and Angela. Marrying Bill and raising their children were Peggy’s greatest achievements.

Through waitressing and raising her children, she was able to learn to speak fluent English.

Following in her father’s footsteps, Peggy and Bill bought and ran their own café and Peggy raised her children upstairs from the café.
When they moved to a larger house late in life it made Peggy very happy as she had more room to raise her children and entertain family and friends.

One of Peggy’s hardest battles in life was losing her husband Bill. Bill was a generous man and loved to make people laugh, especially Peggy. The two had a very happy marriage and family life. They adored each other.

Known for always putting her family before herself, Peggy now has 11 grandchildren and 17 great grandchildren. They are the most important thing in her life, and she is extremely proud of them!
Peggy’s favourite leisure times are spent cooking, gardening and looking through photo albums of her family. What a wonderful lady. Opa!