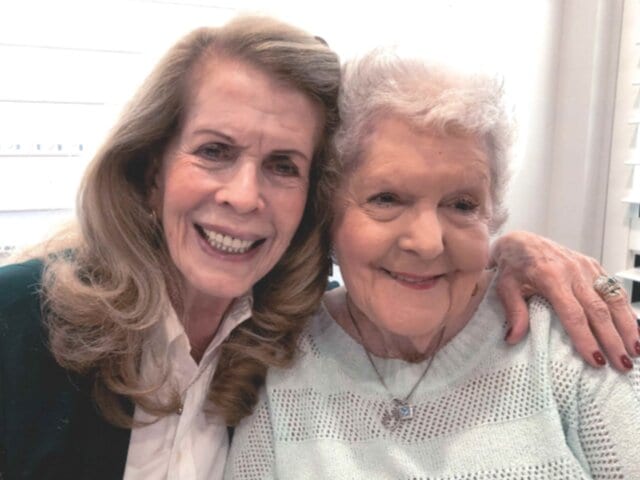 Margaret and Pixie first met in Sydney in the early 1970s, when they were both visiting the same salon to get their hair done. After chatting together and enjoying each other’s company, they soon parted ways and didn’t expect that they’d cross paths ever again.

It was to their great surprise when Margaret and Pixie were reunited many years later by chance at Arcare Malvern East.

Margaret, a client, and Pixie, who was visiting another old friend, recognised each other almost immediately and they quickly picked up where they left off.

Pixie has since made the move to Arcare Malvern East and these days they are never seen to be too far away from each other; often spotted catching up and sharing a coffee at the café with their close friend Pip.

They are well-known around the facility for their bright, warm personalities, and are often heard checking up on how other people are and striking up conversations with others around the residence.

Both ladies share a cracking sense of humour, and a love of good food and going out shopping together.

They can be found usually sitting side by side, taking part in activities such as the weekly trivia and jokes session and the weekly live music concerts featuring visiting entertainers.

Both Margaret and Pixie are a great support to each other, and look forward to sharing many more years of close friendship together.