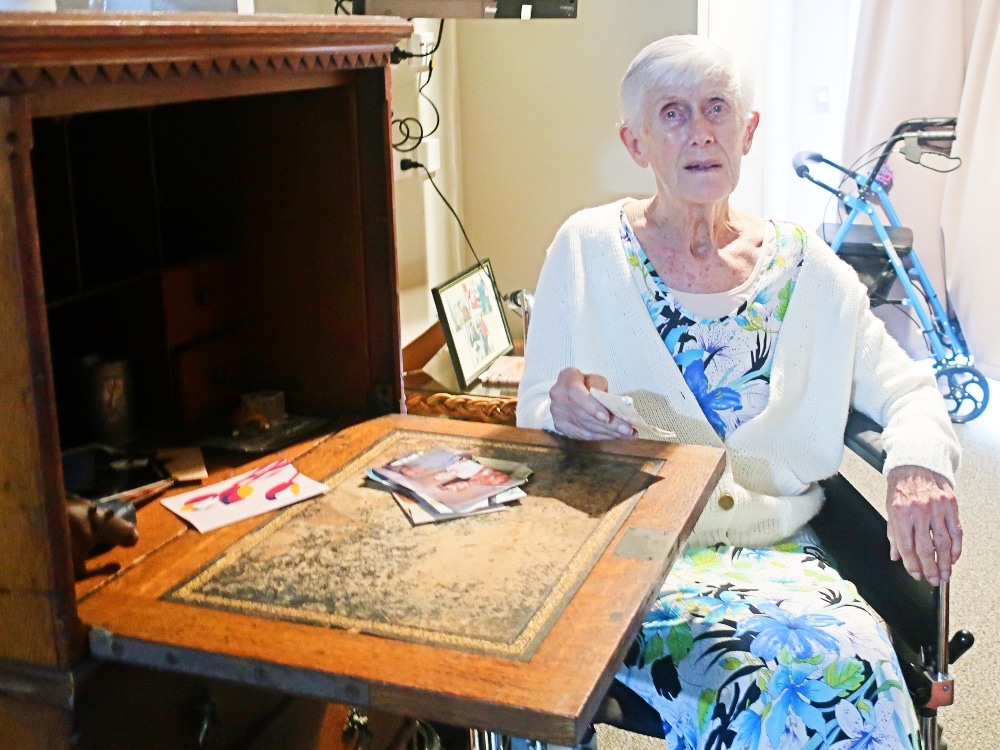 Sally at Arcare Peregian Springs shares the story of how she came to own a beautiful antique desk, known as the ‘Captain’s Desk’ in her suite.

She shared with us that it was a gift from her first father-in-law in the late 1960’s.

He was a Chaplain in the Army in England and had dedicated parts of his life on the front-line providing holistic support to soldiers.

Sally fondly remembers him telling her that the desk was originally used by Captains in the army during the French revolution.

The portable desk would be pulled apart and then carried into the war zone for the Captains to write their war correspondence and orders on.

Sally always loved the desk because she had a huge amount of respect and tenderness for her father-in-law.

Till today, Sally still uses her desk diligently and keeps her most treasured photos in it.

She cherishes the memories and emotions that have travelled with the desk, whether they are her own or her father-in-law’s.