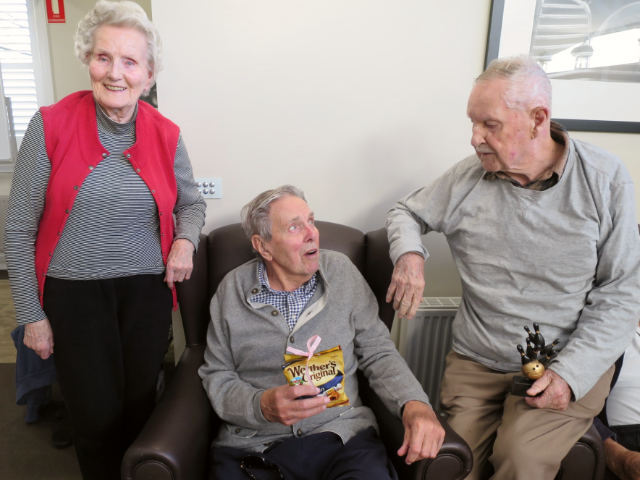 Over the past couple of months, the Arcare Brighton community has been running a Ten-Pin Bowling tournament.

Many of the participating clients had already had previous practice playing in other bowling tournaments and were keen to showcase their talents and competitive sides.

Client, Denis was by far, the most competitive player in the tournament. Denis was at every game, sitting in his ‘lucky’ chair, with camera in hand to take photos of the scoreboard, to later share with his family.

To no one’s surprise, Denis easily placed 1st in the tournament and was proud to not be defeated in even one game. Everyone cheered him on, as he went to collect his trophy from the lifestyle team. Trophies were also presented to second and third place. John placed second and Hilda came third.

Well done to all those who competed in Arcare Brighton Ten-Pin Bowling tournament!