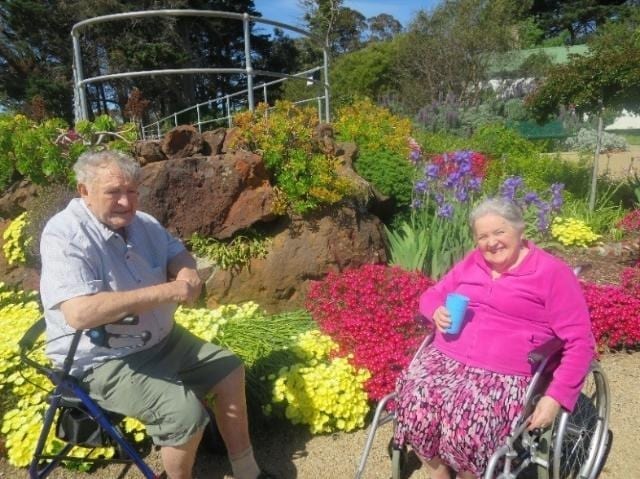 Earlier this week, Ted and his wife Shirley made their way down to the Waverley Garden Club meeting. This meeting was very special as it featured guest speaker Jane Edmondson, who is an author and a presenter for Gardening Australia.

Ted is a past President and lifetime member of the Waverley Garden Club. Ted first met Jane many years ago during her first break working in a nursery called William’s Nurseries in Clarinda. Since then, Ted has remained close friends with Jane and has often joined her on her Radio show. 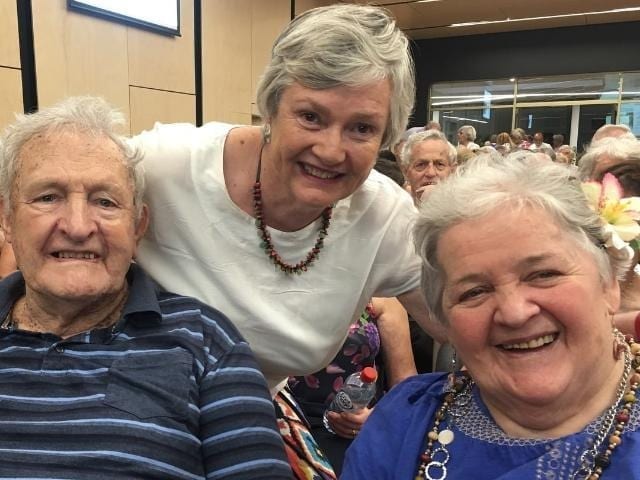 Ted also shares his love of gardening with Shirley. During their time together, Ted and Shirley owned many florist shops, the first one being in Lonsdale Street, Melbourne. Ted was in charge of designing the gardens for big shopping centres such as Southland, Northland and Chadstone, whilst Shirley was responsible for creating floral arrangements for weddings. When Ted and Shirley’s daughter got married, Ted planted 1,000 pansies on top of the shopping centre where they had the wedding.

At Arcare Keysborough, Ted and Shirley have a garden in the courtyard which they both lovingly tend to. Ted and Shirley also enjoy spending their time going on bus trips to visit gardens and most recently enjoyed a trip to the Mornington Botanical Garden’s. 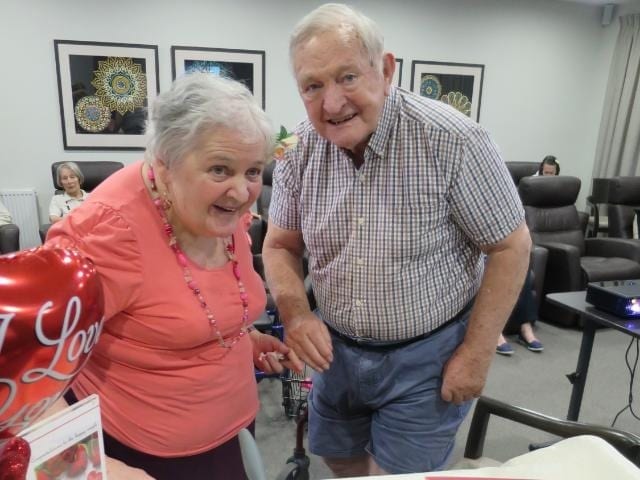 Ted and Shirley have also recently celebrated their 63rd wedding anniversary together. To celebrate their special day, we arranged for the Armchair Travel Club to screen some of their favourite destinations and finished the show with the song Blue Moon, which was played during their honeymoon. Another highlight was when Shirley stood up from her wheelchair and shared a special kiss with Ted. This led to many cheers from the audience, as Shirley has recently started walking again which made this moment even more special on their anniversary day.

Each year on their anniversary, Ted promised to buy Shirley a bunch of pink water lilies – one for every year of their marriage! Unfortunately, Ted had to stop this tradition after their fortieth year together as the pink water lilies were becoming too difficult to source. Ted and Shirley are a beautiful couple at Arcare Keysborough who spread their love and kindness to all and are always willing to help out others in need. They are truly inspirational and we are thrilled to have them in our community.