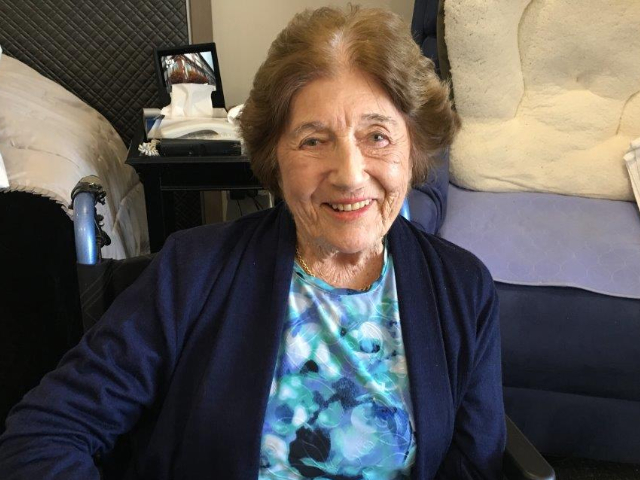 The story of Nola Reade

Nola Reade was born in the New South Wales farming district of Narrandera. Her parents owned a sheep farm and she spent many happy years there, growing up with her two brothers and two sisters; Nola was the baby of the family.

Nola was introduced to her husband via a friend. He was a journalist, who worked for the local paper. They married, and were lucky enough to have one daughter named Deborah. Nola is now the proud grandmother of two.

Nola’s husband’s work meant, that they moved around a great deal between Melbourne, Sydney and Adelaide.

When Nola’s husband retired, they moved back to Sydney. However it didn’t take long for the couple to become unhappy, as they missed their family from Melbourne terribly. Over 25 years ago, Nola and her husband made the decision to pack up once more and move permanently to Melbourne.

Nola’s husband has since passed away, and her family thought that it would be best that Nola be cared for, as she was becoming lonely and less able.

Nola is a fairly new arrival to the Arcare Malvern East community, having moved in just last year. Nola has since settled in nicely, making many friends, and she has even starting to join in with the many activities on offer within the community.

The Arcare Malvern East team are thrilled that the lovely Nola is now a member of the Arcare family, as her smile and positive attitude is contagious.