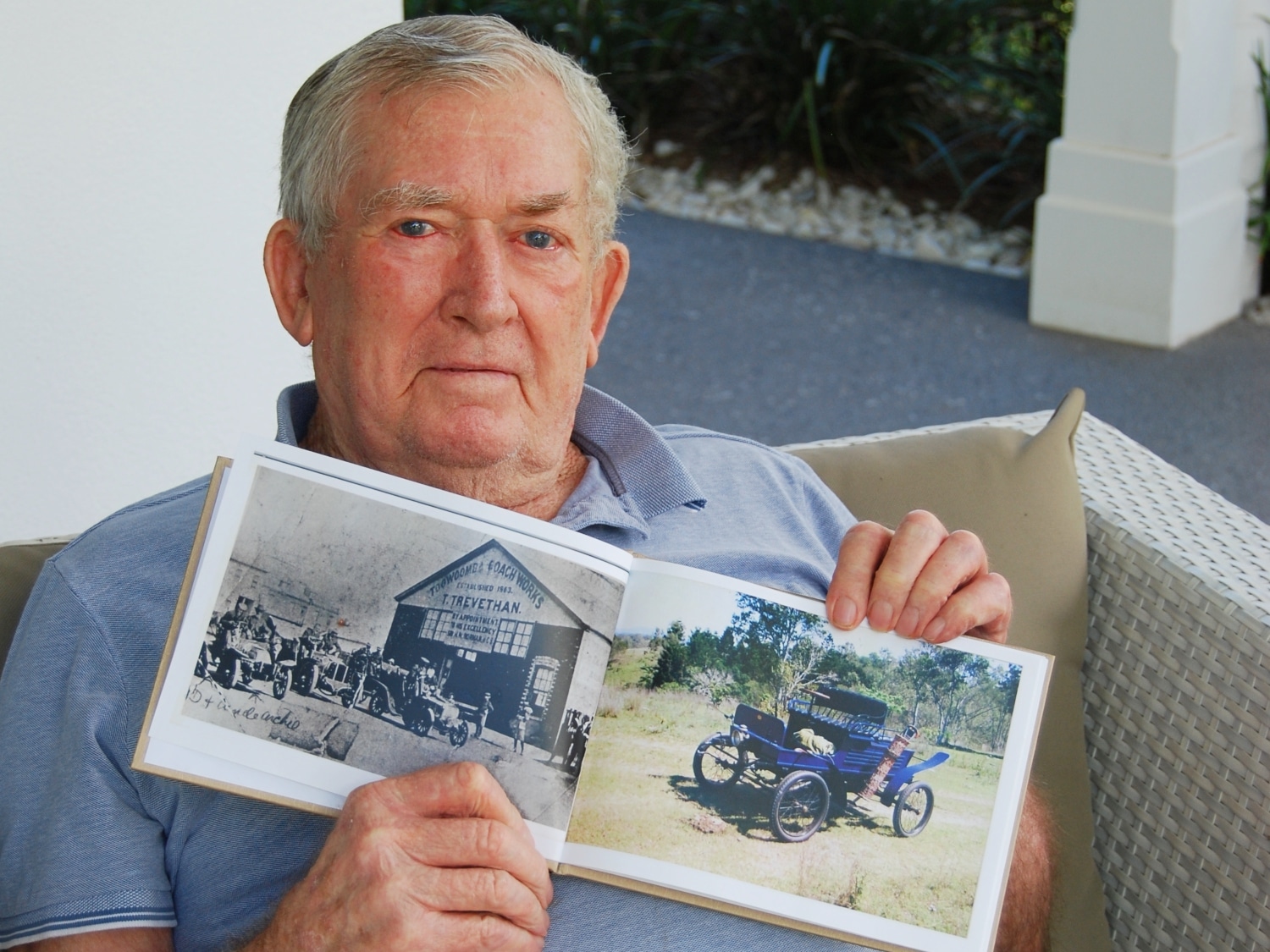 In the early years of the 20th century, a coach building company in Toowoomba began making motor cars, along with their range of buggies and sulkies.

Established by Thomas (senior) in 1863, Trevethans’ Toowoomba Coach Works got to work on their first cars in 1903.

Coach building workshops like Trevethans’ were often the first businesses in their town to mechanise production using motors and belt driver drills, lathes, saws and planes.

And they quickly gained a reputation for supplying vehicles of the finest quality.

A four-wheeled dogcart in natural timber was displayed at the 1894 Toowoomba Show and was purchased by the Governor of Queensland H.W. Norman.

The Trevethans regularly appeared in trade journals for the innovations they introduced into their workshops and the quality of their specialty four-wheeled dogcarts.

After his death, his two sons Thomas (junior) and Walter became one of the earliest bicycle manufacturers in Queensland in the late 1890s.

Many of their ‘T’ cycles were even fitted with small motors, so they really were the first motorcycles built in Queensland.

Trevethans’ coachworks was no doubt a family business which had grown with Toowoomba.

Walter became a foundation member of the RACQ (Royal Automobile Club of Queensland) in 1905 and worked in the automotive industry as a vehicle importer and retailer.

While Thomas continued as a coachbuilder and engineer. Thomas even developed the world’s first rotary hoe (motor plough) and sold the patent to H.V. McKay of Sunshine Harvester Co in 1910.

Looking back at his family’s accomplishments, Bruce Trevethan at Arcare Pimpama could not help but reflect on his own experience in the industry.

He was technically savvy himself as he became a senior technician for Postmaster General (PMG) and later on, Telstra.

And continuing on a family tradition, Bruce’s parents and his sisters had also worked in the same company.

Over the decades, Bruce had a front row seat to the evolution of telecommunications technologies – from cradle phones and rotary phones to touch tones and mobile phones the size of a brick!

in 2020, Bruce moved into our Arcare Pimpama community and to him, family still means everything.

If he is not out for lunch with his daughter, Bruce can be found playing 500 with other residents, doing F85 circuit training with the Physiotherapist or chatting to family on his pocket-sized SmartFlip mobile phone. 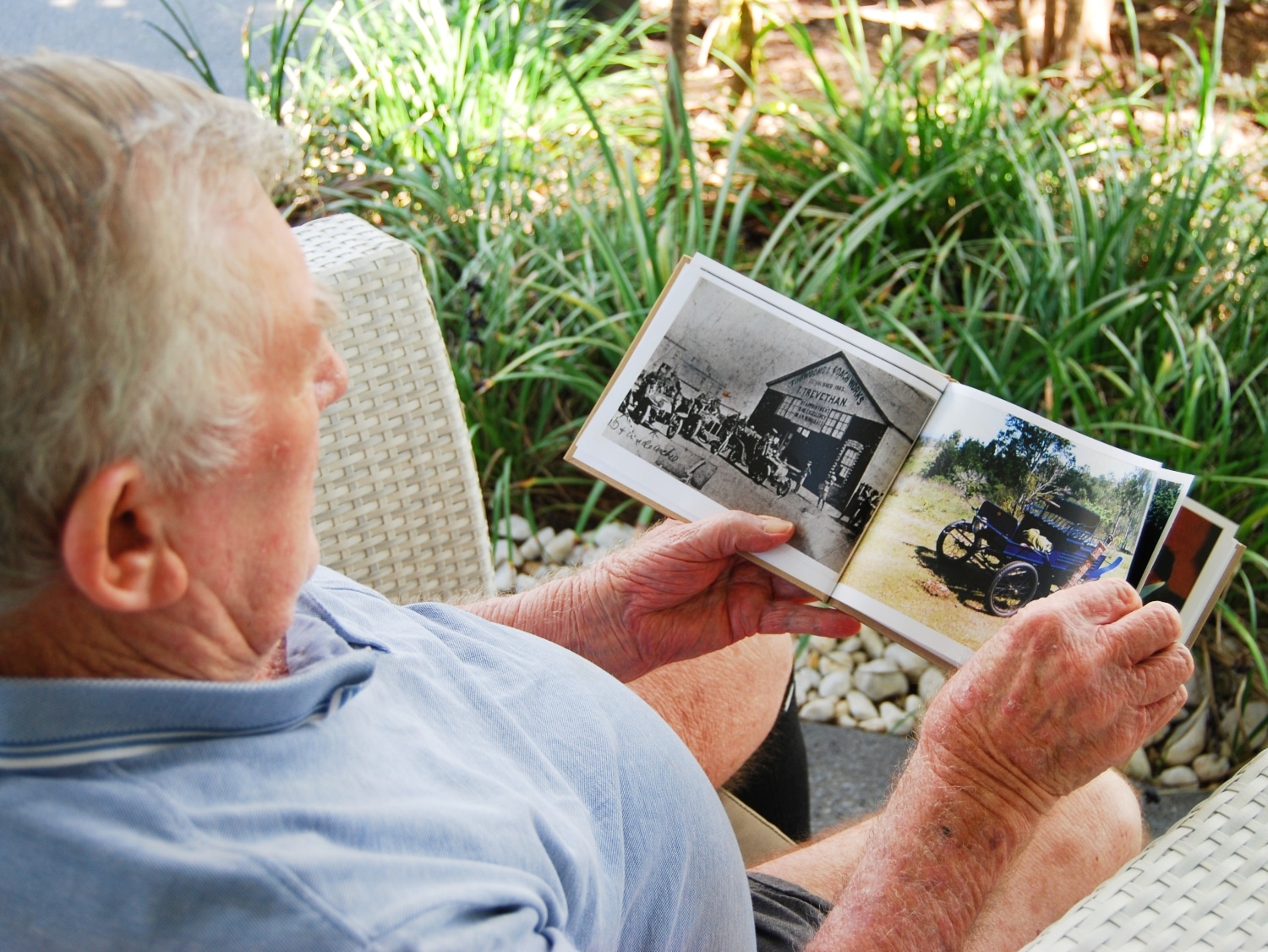 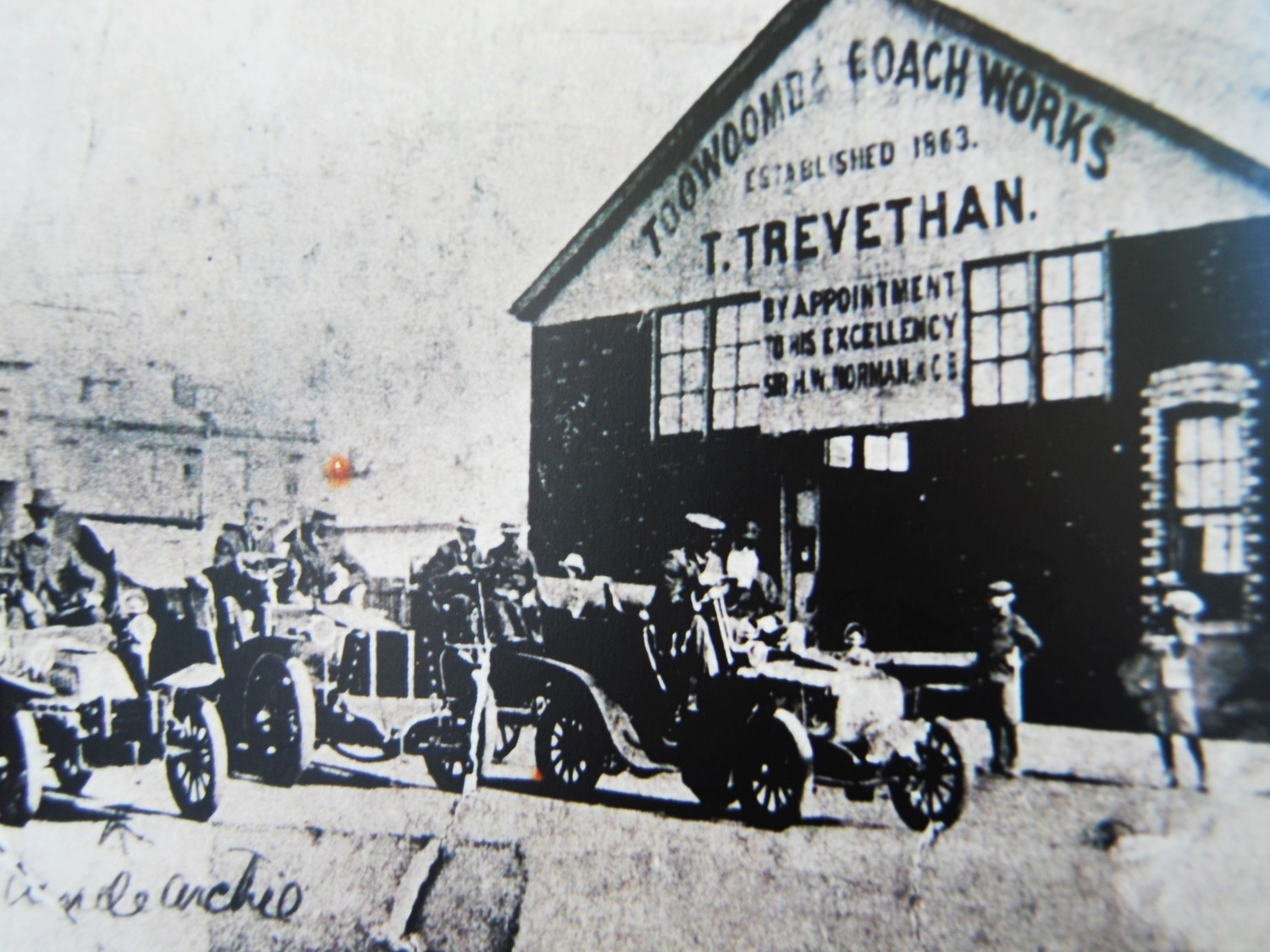 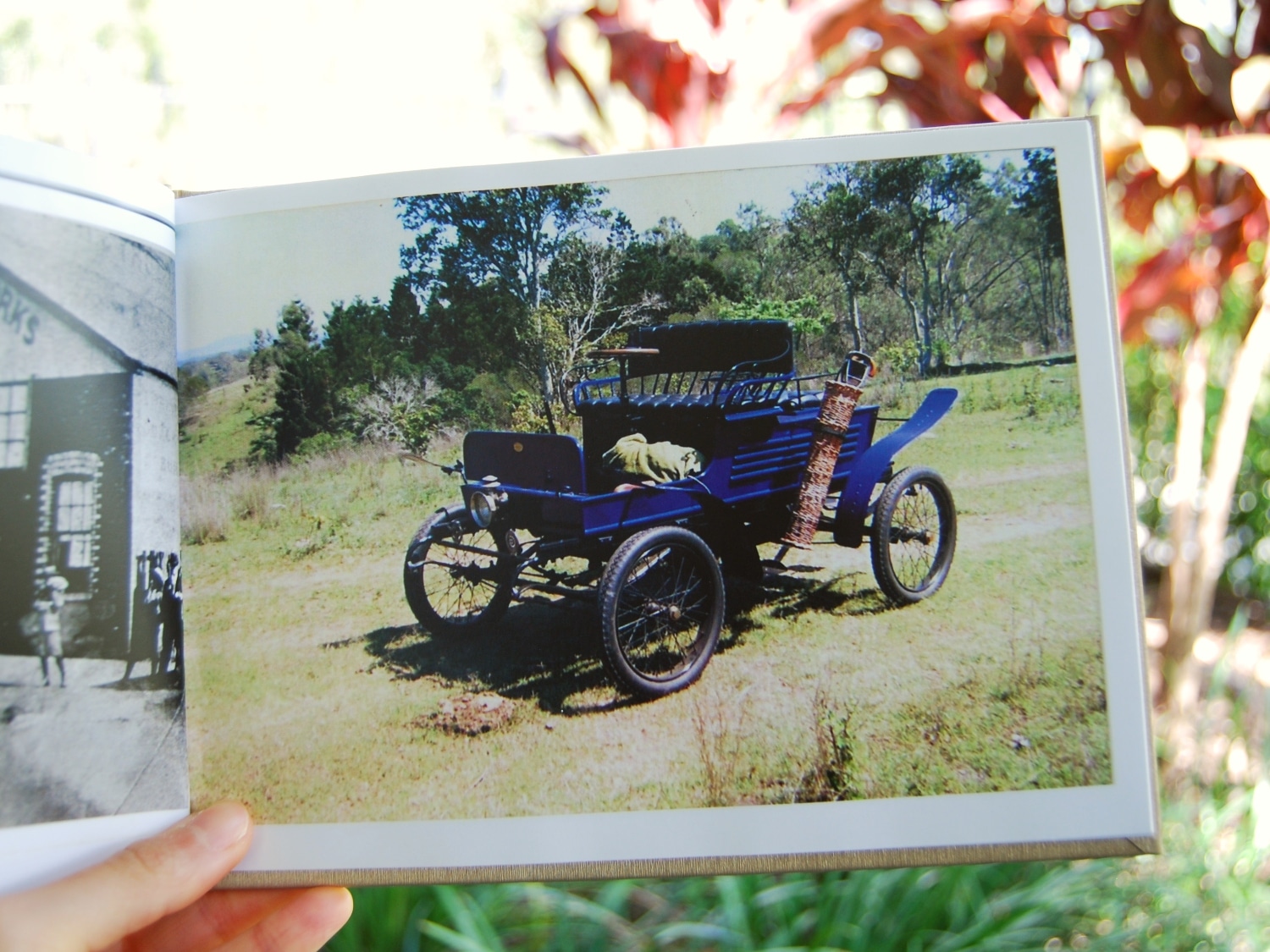 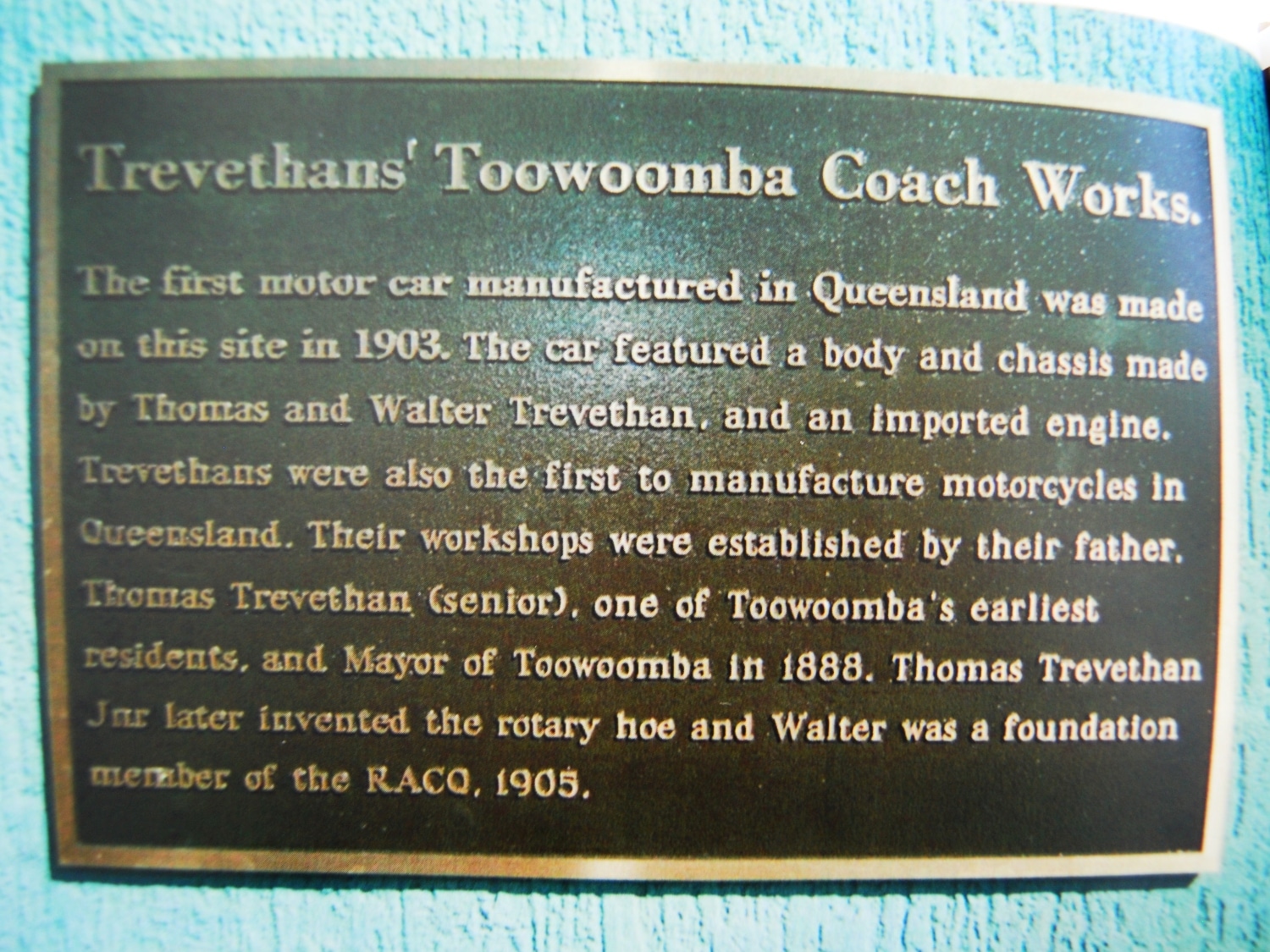 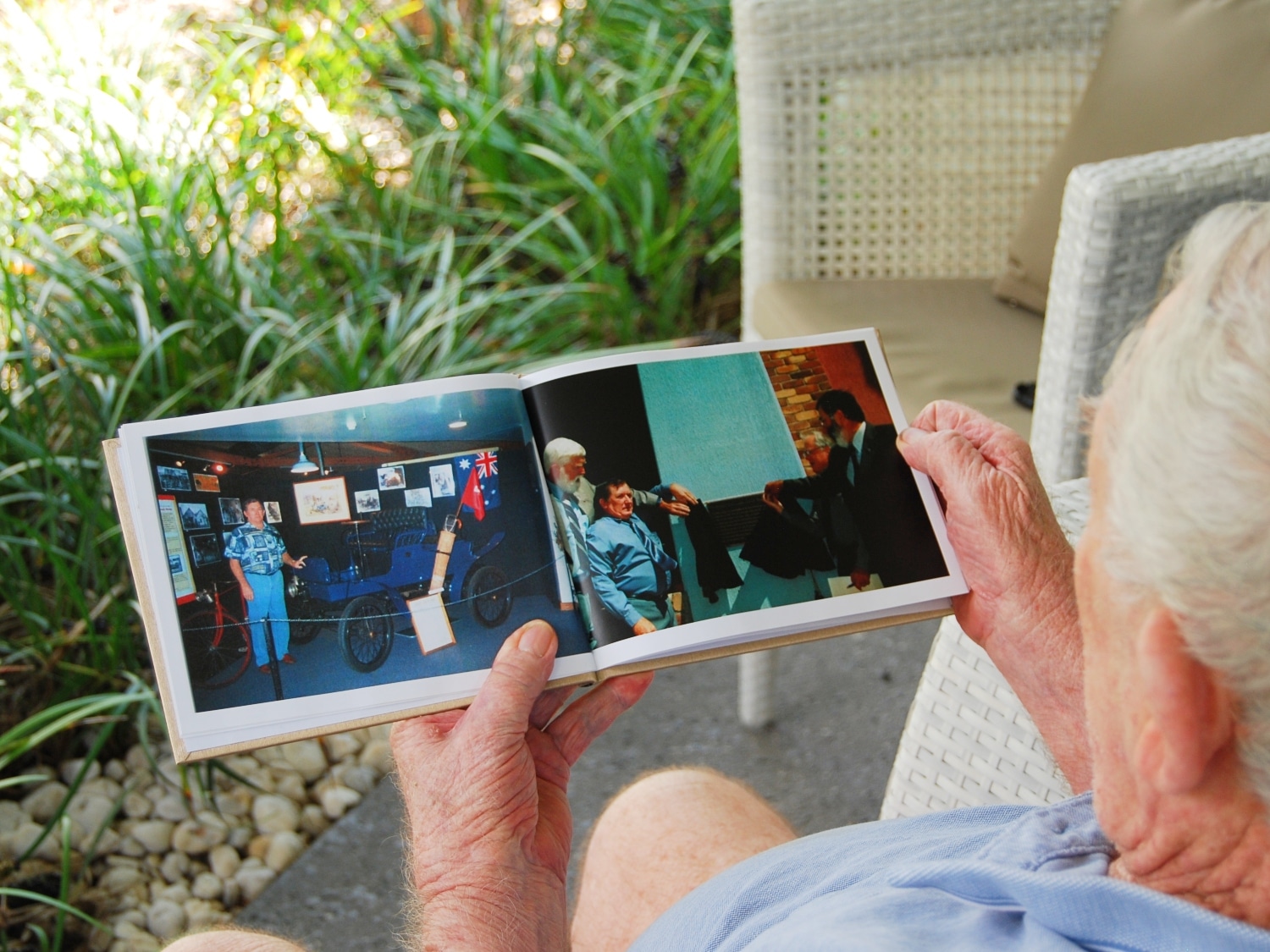 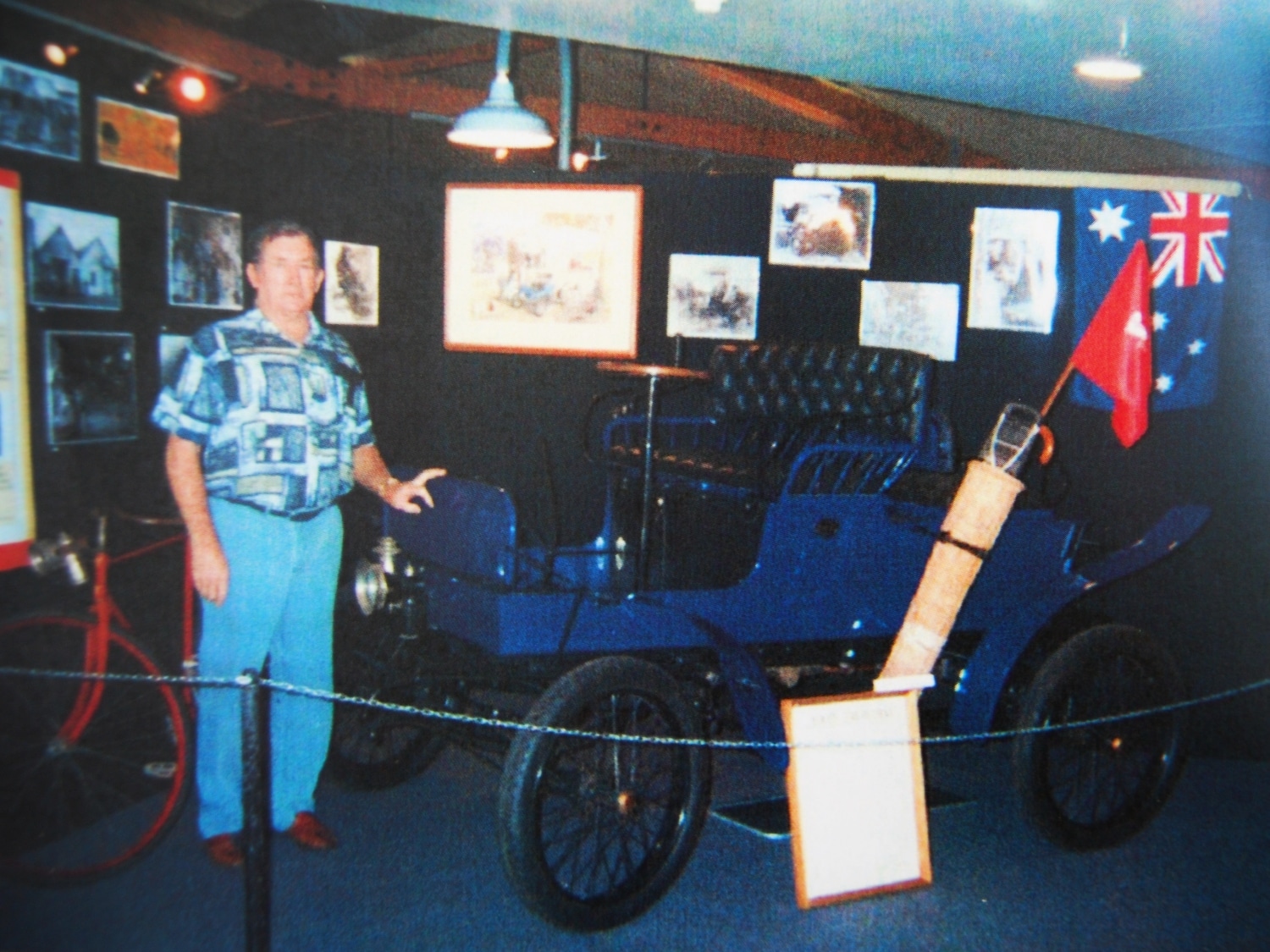 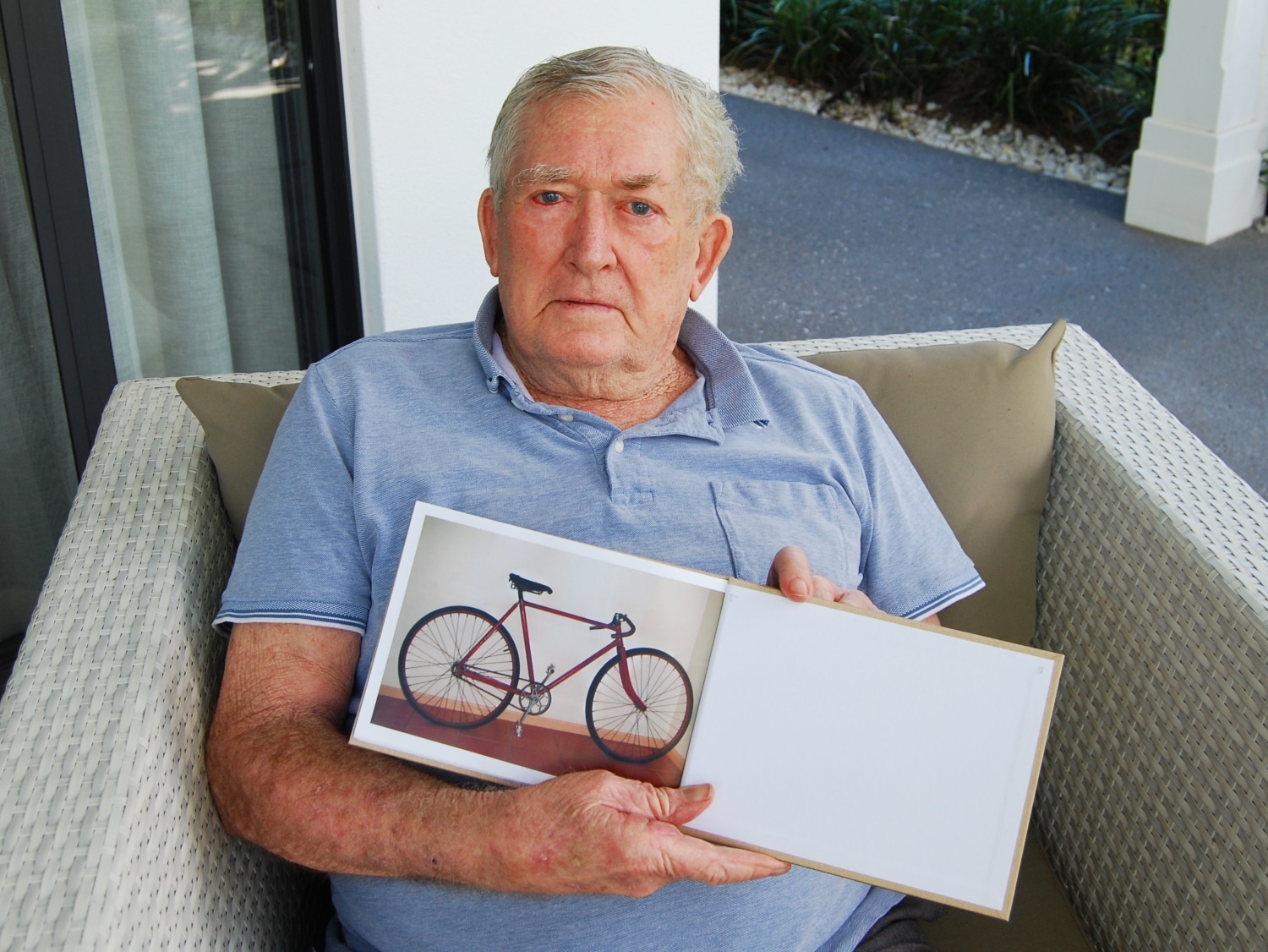 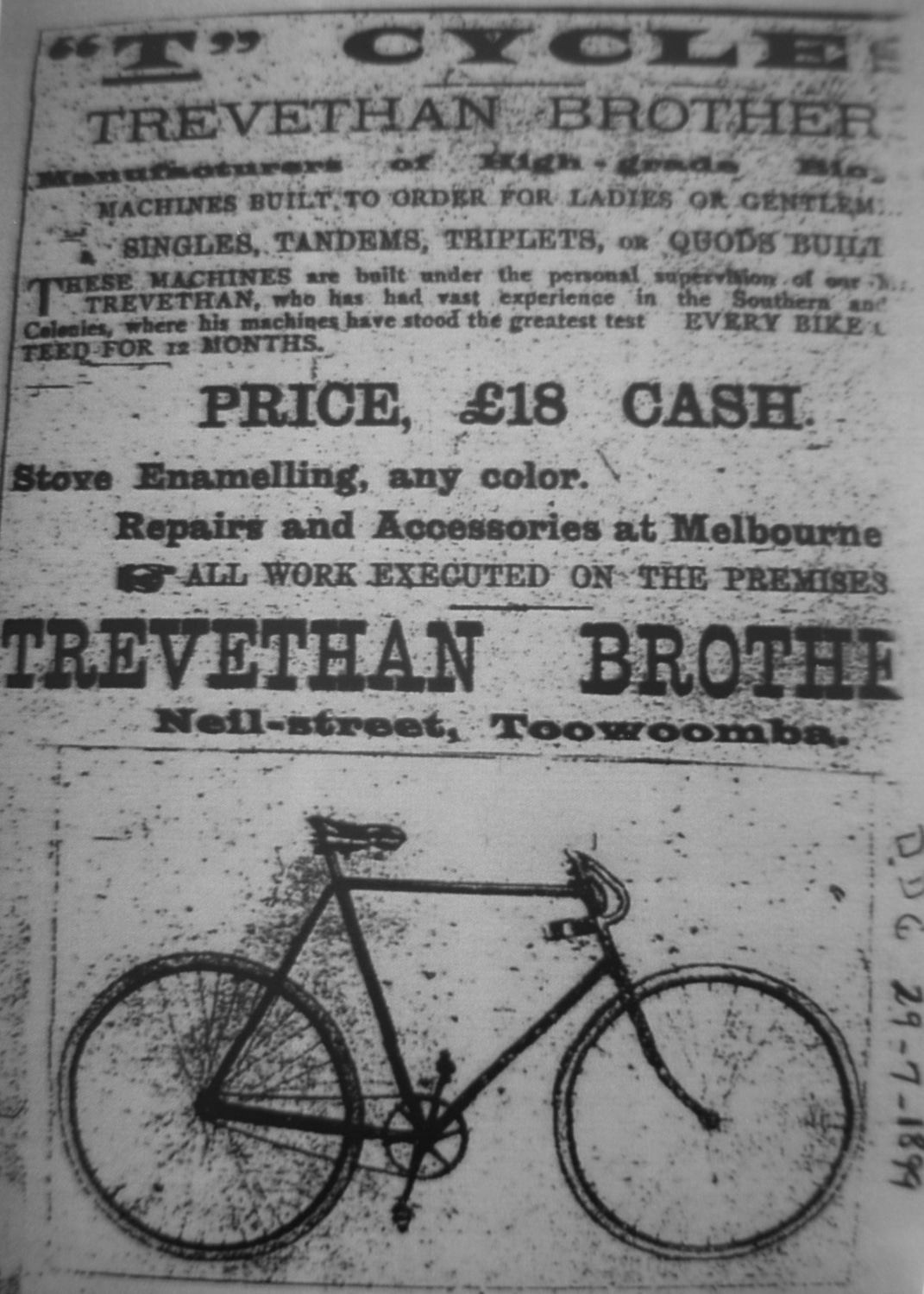 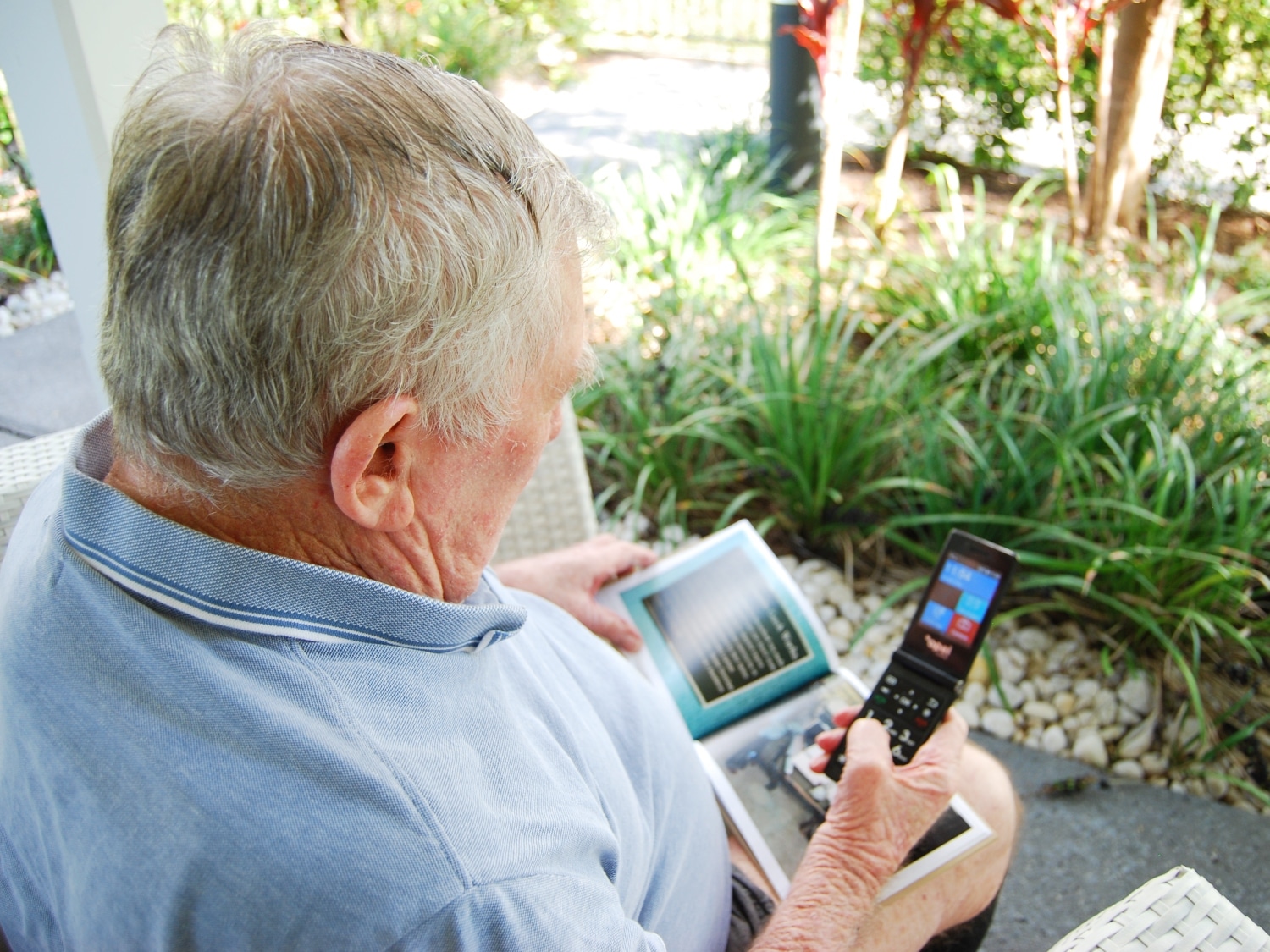