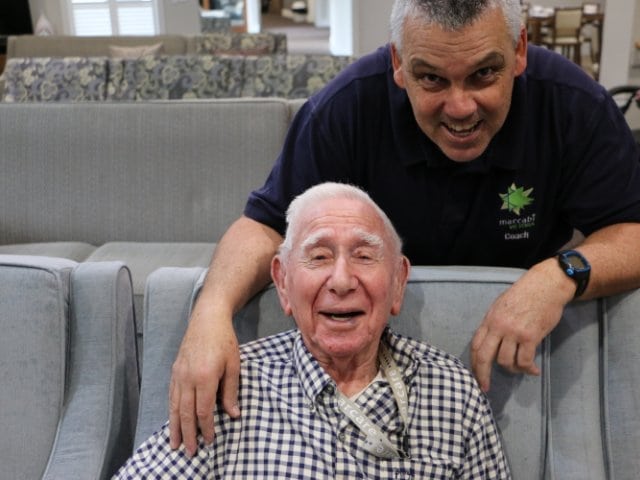 A packed house gathered in anticipation for Mark ‘Choco’ Williams’ talk at Arcare Caulfield. For those in the audience – sporting fanatics and those just interested in a good yarn – Choco didn’t disappoint.

The Williams family is synonymous with football, and Mark explained that his father was a champion player and coach. It was clear that the love of the game is certainly in his blood as he proudly showed the audience a photo of the grandstands at Alberton Oval named after his father: ‘Fos Williams Stand’.

Before the talk, Mark was interested in meeting everyone in the audience and hearing which teams they barrack for. There was some friendly banter depending on which teams clients mentioned and he was interested to hear who was on the tipping leader board.

Mark spoke about his fascinating career, not only as a player but also as a coach. His premiership win as coach of Port Adelaide in 2004 was a brilliant story of triumph as he showed clients photo of his famous ‘choking’ photograph.

Mark answered some interesting questions after his talk, including some questions regarding the current players and coaches of the game.

Finally, Mark had a question for his audience. He wondered what they enjoy the most at Arcare. There was a range of responses like the food, activities and the cruise week they had been on the week before.

Mark currently works as coach of the VAFA club AJAX. A big thank you to Mark and Ronnie Lewis, President of AJAX, for meeting with the community. 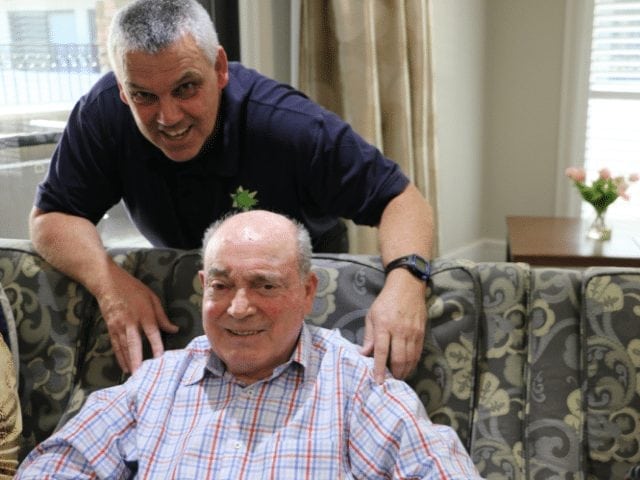 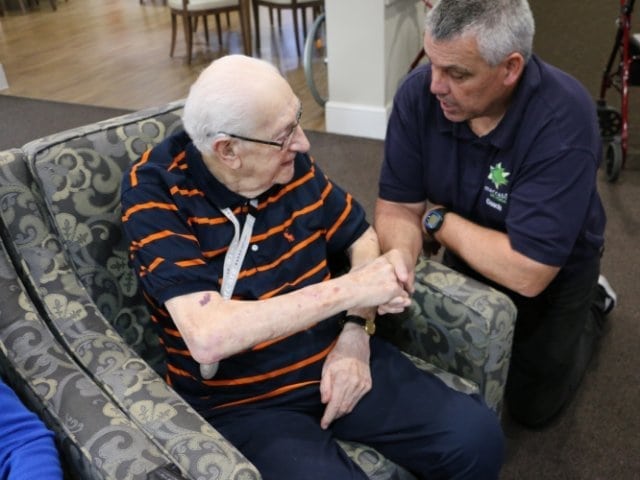 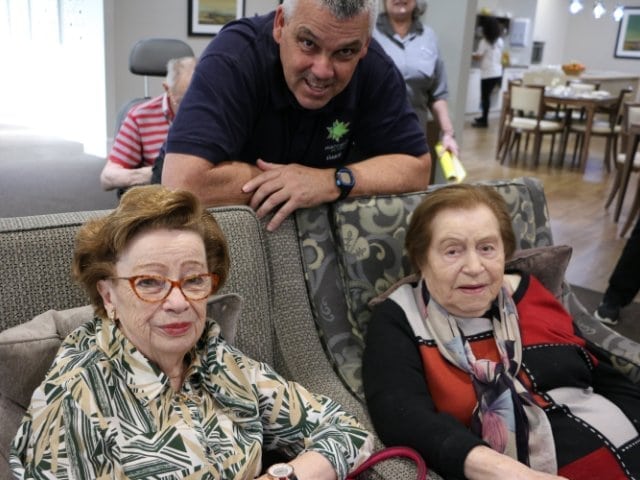