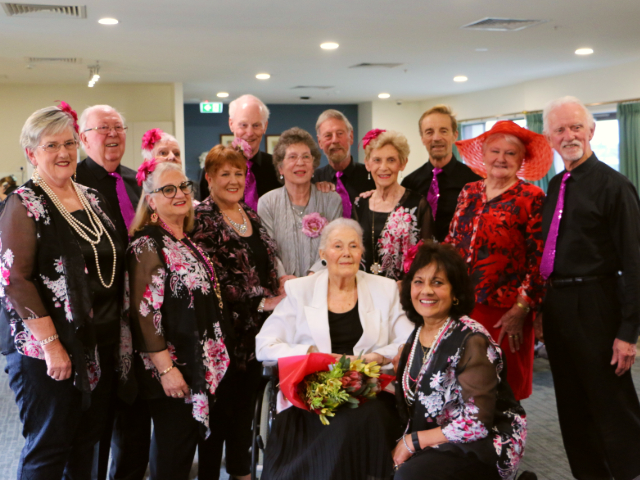 In 1999, Sylvia Picton founded the entertainment group, The Skylarkers, alongside her husband, Ray. The group was founded, as a way to unite older Australians through the power of song, and the group has always enjoyed performing at retirement villages and aged care residences.

Sylvia, who now resides at an aged care residence, Arcare Knox in Wantirna South, still enjoys her music and watching live performances. Although Sylvia has since retired from her position as the Skylarkers’ musical director, she still stays in touch with many of the group’s current members.

To mark the 20th anniversary of the Skylarkers, the group wanted to pay special homage to their founder, Sylvia, by dedicating a concert performance to her. The Skylarkers planned for the performance to be held at Arcare Knox, so that the entire community could enjoy their musical prowess, not just Sylvia.

Current musical director of the Skylarkers, Sandy said “Our the mantra is to bring joy through the power of music. We are so proud to be performing for the beautiful Sylvia, as well as for the Knox community.”

Sylvia sat proudly in the front row, with a glass of French champagne in hand, as she waited for the performance to begin.

Musical director, Sandy opened the performance by giving anyone an overview of the group’s history and their motivation. Each of the group’s thirteen members were introduced to the growing crowd, with many of the Skylarkers have been a part of the group for over ten years, they credit their ongoing good health and happiness to the Skylarkers. It wasn’t long before they jumped into some upbeat ABBA classics, and made outfit changes faster than the song’s tempo.

The group performed a wide range of songs from modern classics to theatrical theatre to comedic ballads. The change in song and lively enthusiasm delivered by each group member, kept everyone in the crowd engaged and constantly entranced.

To close their spectacular performance, the Skylarkers delivered a heartfelt speech to Sylvia, who smiled warmly at the kind words. 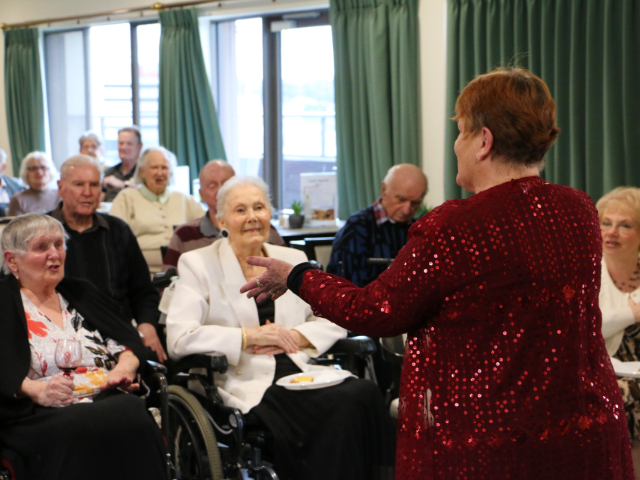 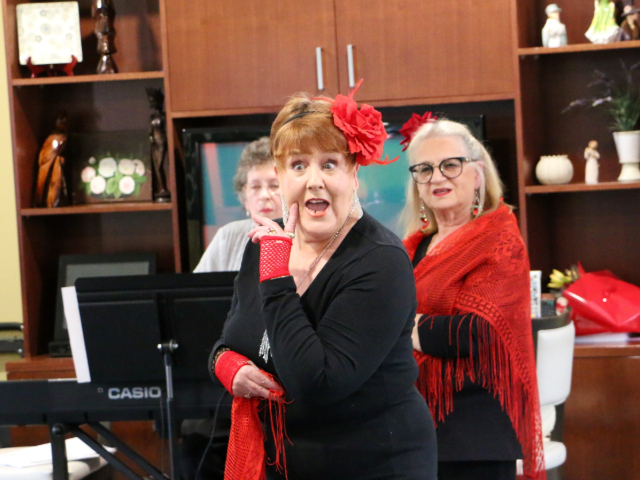 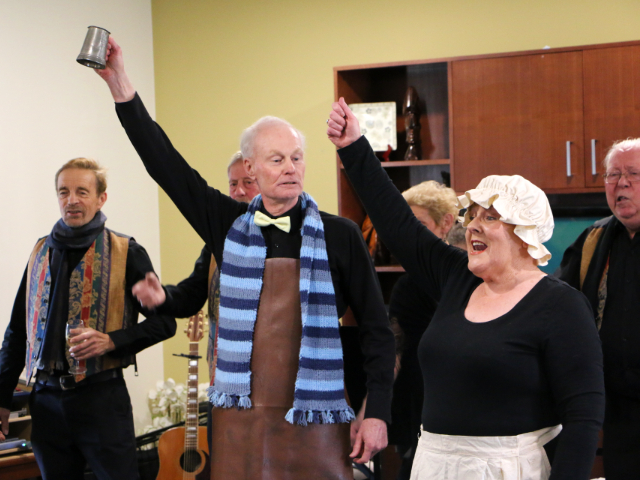 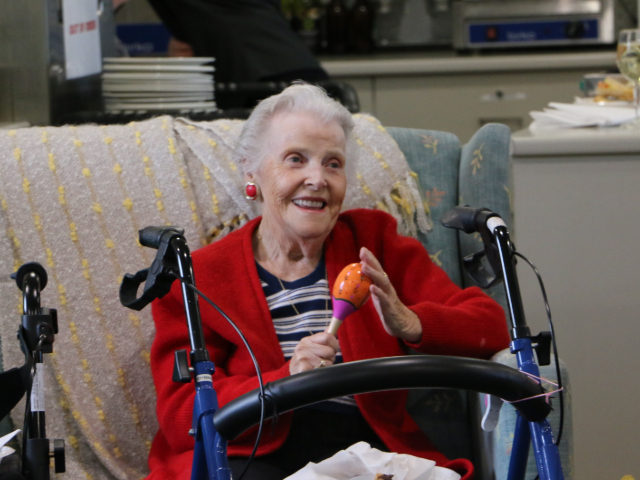 Having a paper plane competition at Arcare St James