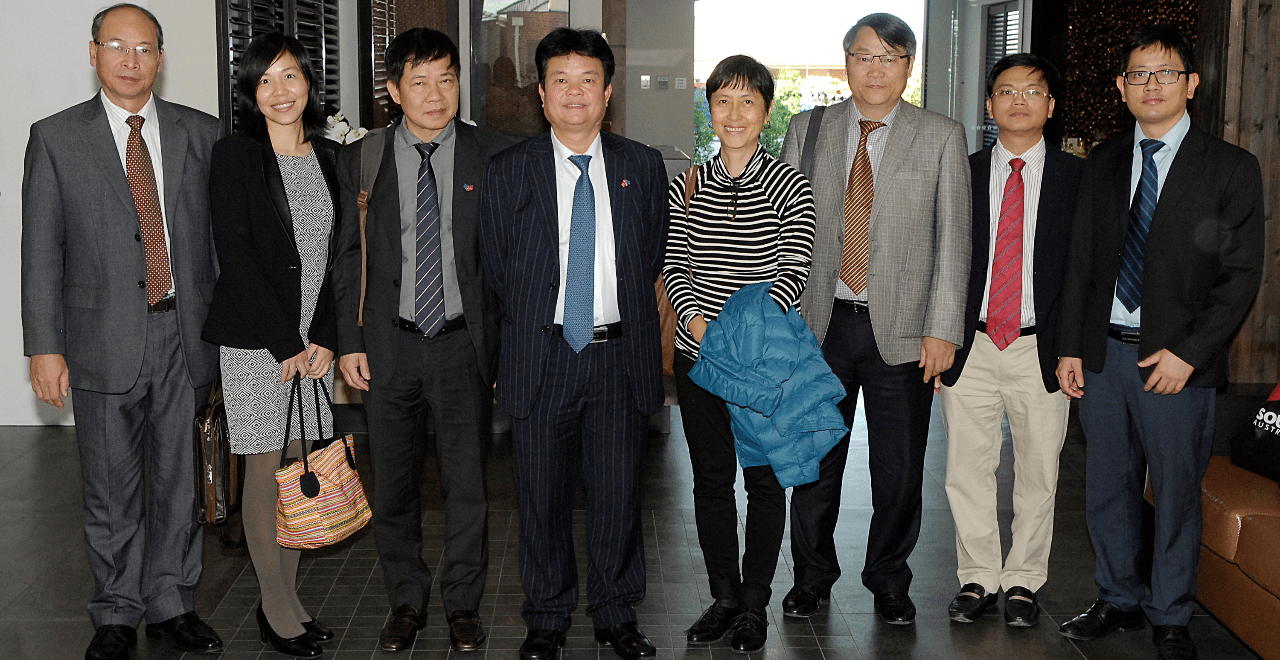 In April 2016, eight delegates from the Vietnamese government and World Health Organisation visited Arcare Keysborough to learn about Australia’s solution to an ageing population.

A rapid increase in the ageing population in Vietnam has people referring to the country as entering an ‘ageing phase’, with similar quick growth occurring in Australia.

Based on their 2011 findings, the Ministry of Health in Vietnam concluded that better long term care systems need to be put in place to cope with the needs of an ageing society. They looked at the reforms to the Australian system of aged care and leaders in the industry, such as Arcare, to design an effective long term care system for the elderly.

During the site visit, the delegates were interested in finding out about Arcare’s Dedicated Staff Assignment, an initiative that received a Federal Government Better Practice award in 2015.

This model sees carers looking after the same small number of residents every time they come to work. The result is that families will always know who is looking after their loved one and residents form deep relationships with their carers and receive a more holistic and intuitive care.

The Dedicated Staff Assignment is part of Arcare’s relationship-focused approach to celebrating and supporting old age, something that the delegates were particularly interested in hearing about.

Another standout for the delegate members was the suites, which they commented were tastefully decorated and had a beautiful feel. They were interested to hear about how couples were able to access double rooms and wanted to know the size of a standard suite.

Messages to loved ones from clients at Arcare Eight Mile Plains