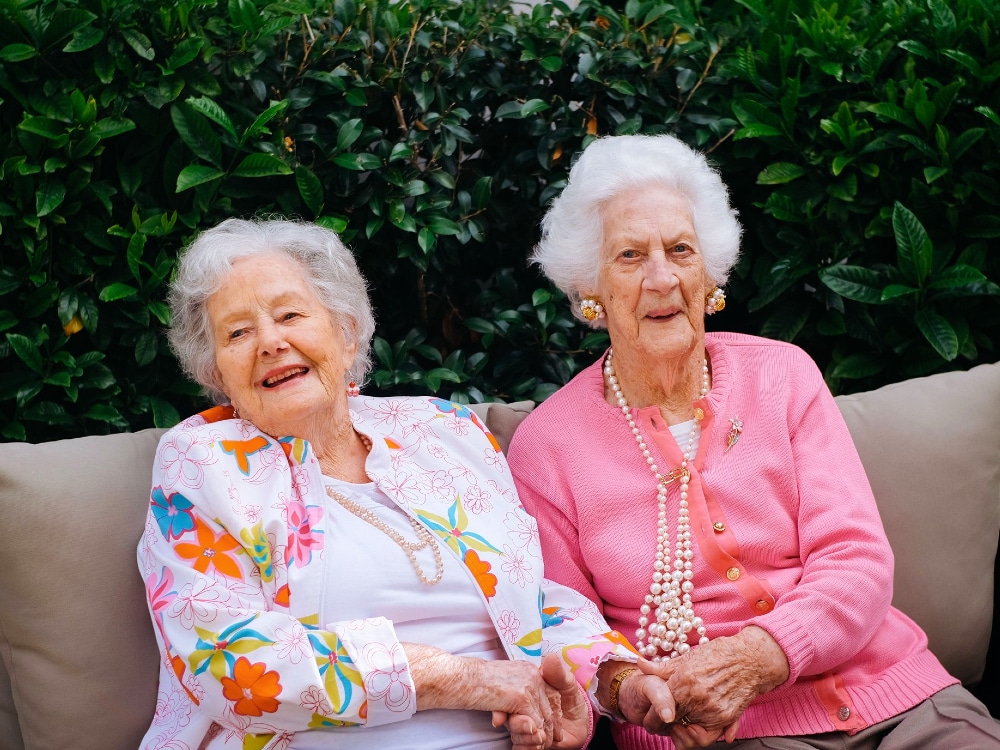 102 year-old big sister, Alice has been residing at Arcare Carnegie since 2014, and has always enjoyed when her sister, Iris would come to visit and have a coffee with her at the onsite cafe.

The two ladies reunited over a cappuccino, sitting outside in the community’s newly renovated courtyard; now the two can spend the days laughing and reminiscing to their hearts content. Team members said you could hear them ‘laughing like a couple of young schoolgirls’ from a mile away.

Since moving in, the sisters have become quite the social duo, as they now never want to be without one another. On more than one occasion, Alice and Iris have been known to stir up fits of laughter from their fellow residents and carers, telling jokes like:

“Where have all you teeth gone?” Alice proclaimed.

“I left them at the dentist!” Iris replied.

Alice and Iris come from a large family of 14 children, who all grew up in the Melbourne suburbs. The pair are the remaining living siblings, alongside their “baby” brother Gordon, who is 89 years young.

Alice is now thrilled to have Iris living under the same roof as her, and has said that she  wouldn’t have considered ever moving anywhere else after witnessing the relationships Alice has made here at Arcare Carnegie.

Here they are in the courtyard (Alice on the left, Iris on the right), where they meet daily to chat, giggle and watch the birds. 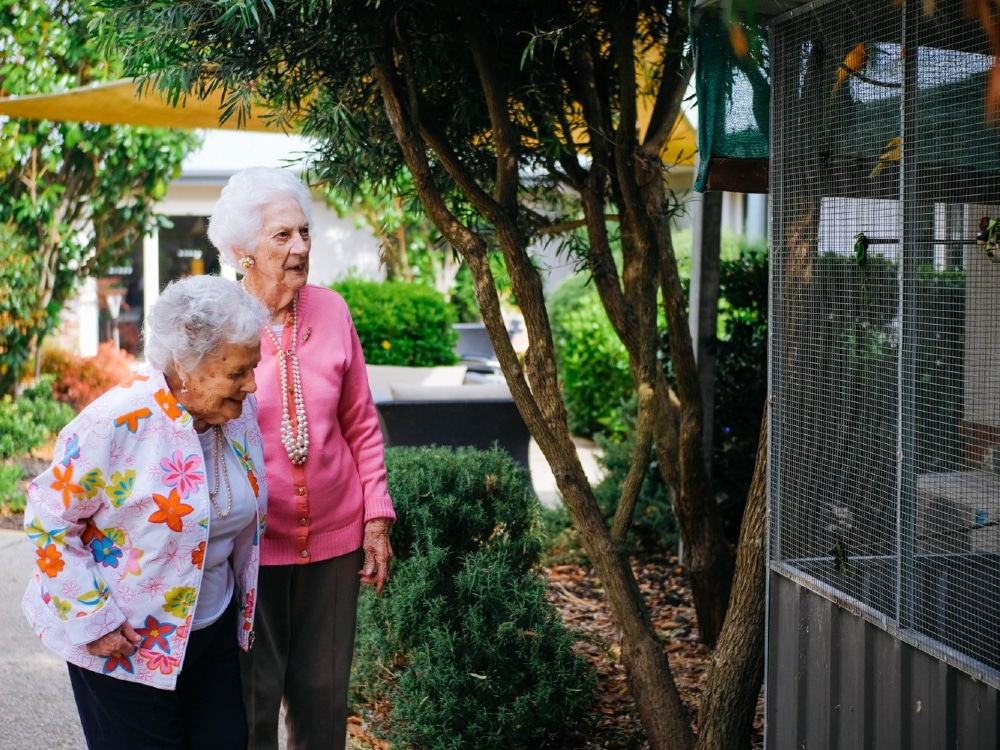 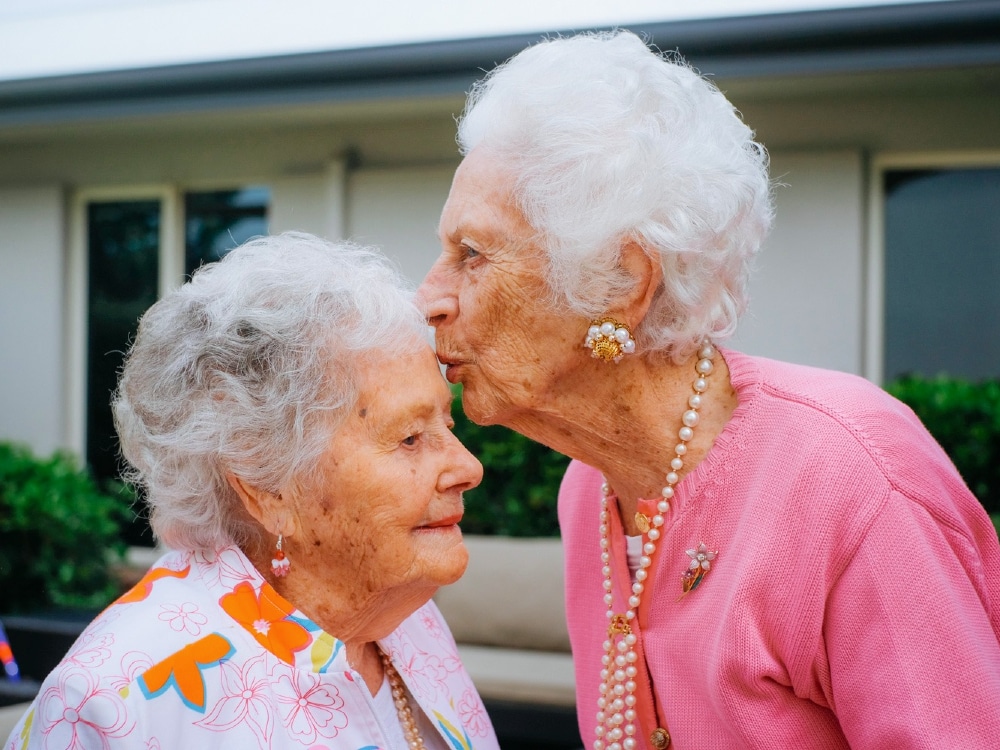 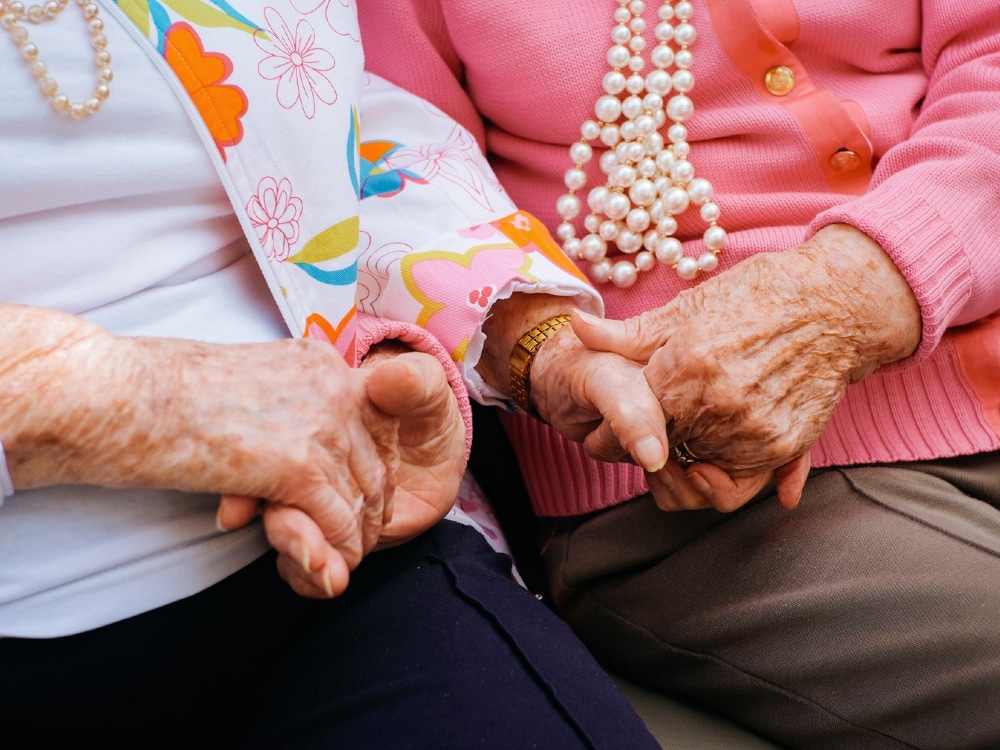